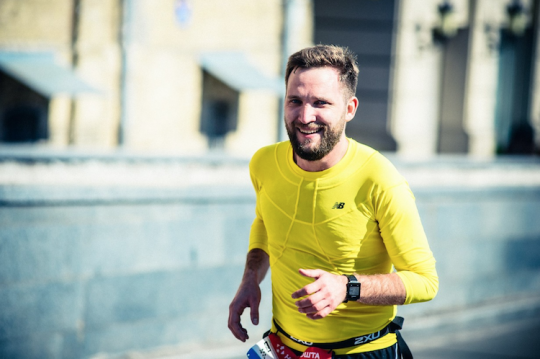 In the first decade of the new millennium, one of insurers’ highest priorities was to achieve better product speed to market through the adoption of modern core systems. They have made significant progress on that score, but they face another challenge of keeping up with the rate at which business in general is changing, and with it the business of insurance. The topic is examined in Celent’s new report, “Pace of Change: Critical Drivers Impacting the Transformation of Insurance,” which co-author Mike Fitzgerald discussed at the Duck Creek Formation 19 conference earlier this month.

“Think of speed to market as a 100-yard dash: you know where you start and finish, and you just dash,” Fitzgerald commented. “Perfecting that is speed to market, but that’s not the same thing as pace of change.” In order to gauge insurers’ progress in responding to the pace of change, Celent invited technology and innovation professionals from North American and EMEA property/casualty insurers to participate in an online survey, according to Fitzgerald. Eighty-nine responses were received, 46 from North America and 43 from EMEA. “These were not too heavily weighted to any sized carrier, and they represented a cross-section of the P&C world, including lines of business,” Fitzgerald noted.

To create context for the research, Celent asked insurers about both their speed in bringing new products to market and their speed in adopting new technologies. Insurers expressed moderate confidence in their speed to market—61 percent rating themselves “somewhat confident or above” and 54 percent “somewhat confident or below.” However, they expressed striking dissatisfaction with their pace against the drivers of industry change.

The most concerning finding of the study was that while 78 percent of respondents identified customer experience as their first priority, over 65 percent also ranked it a 4 or lower in terms of satisfaction with their progress on a scale from 1 to 10.

“Customer expectations ranked highest among the drivers but, unfortunately, lowest in terms of the speed at which respondent companies are making progress,” Fitzgerald commented. “This is good news at least in that people are not underestimating the magnitude of the challenge they face.”

However, Fitzgerald cautioned, when it came to who they compared themselves to in terms of customer experience, respondents leaned heavily to direct competitors (64%), relatively little to InsurTech startups (15%) and other financial services firms (12%), and even less to the champions of customers experience—digital retailers such as Amazon and Zappos (9%).

“It’s fine to look at your competitors, but their average NPS [Net Promoter Score] is 35—which is about half that of digital retailers like Netflix, who are in the 60 percent range,” Fitzgerald commented.

Speed becomes a dubious goal when a company is not focused on the right objectives, Fitzgerald elaborated. “If you’re cranking that that sausage grinder faster and faster but not creating a sausage that people want—be careful,” he said. Even when looking at the digital retailers, insurers need to be conscious of the qualitative differences between a good insurance customer experience and that for other products, Fitzgerald cautioned. “People say, ‘We have to look at Zappos,’ but it’s important to recognize that insurance is not shoes, so benchmarking you against the very best still only takes you so far,” he added.

The Customer Expectations driver of change was especially important because of the consumerization of business in general, and the influence of the other drivers on that category, Fitzgerald suggested. The challenge insurers face is in establishing priorities among the drivers of change and making real progress in an orderly fashion toward a customer experience calculated to support their continued success. One of the keys to success, Fitzgerald asserted, is in creating an experience that is based not exclusively in an orderly procedural design, but rather one that also includes a more personal and engaging approach.

Toward a More ‘Emotive’ Customer Experience

“It’s not just step-by-step—more emotive,” Fitzgerald said. “As what you want from your insurer; I want them to know me—I call them after 20 years and they ask me for my address.”

Insurers face an impossible array of technologies to keep up with, including better photographic technology and better artificial intelligence, among others. “We know if we implemented all these things, we wouldn’t be able to find all the talent—and we wouldn’t find the budget,” Fitzgerald acknowledged. “The question we’re asking is, “How are we going to put them all together?”

Fitzgerald suggested an answer in the platform paradigm, with its associated concept of a partner ecosystem. As an example he adduced the case of Zhong An, a Shanghai-based property insurer that grew out of online retailer Alibaba’s do-it-yourself solution to warranty insurance for the products its sells on a massive scale. Since its inception in 2013, Zhong An has sold 8 billion separate policies to 500 million individual consumers. While the typical insurer doesn’t operate remotely on the scale that Zhong An does, they can learn from a customer experience that emerged out of the insights of the insurer’s retailer parent company as to the services that can be provided through an ecosystem of partners.

“I encourage you to ramp up your efforts, get HR involved, and look for the opportunity to do internships,” he advised. “Look at who’s doing what among your competitors.”

Celent’s study identified four categories of respondents who turned out to have suggestive traits with regard to making progress on drivers of change:

Optimists were the most confident respondents, according to Fitzgerald. “They rank talent highest, and regard customer experience very important—next highest,” he said. “They see themselves learning.”

Skeptics: Ranked technology and its impact on both the industry and their companies’ success very low—but they were also confident in their chances for success.

Customer Advocates: Rated technology innovation as difficult but necessary. They are investing in talent, but not at the expense of technology.

Worriers: These were the respondents who thought they were far behind and not confident that they were doing enough. “However, they are also the ones with the highest combined ratios,” Fitzgerald observed. “These are the people also going after pace of change.”

In order to make progress, insurers’ senior leaders should meet to prioritize their resources to invest in the appropriate personnel, process work and supporting technologies to fit their priorities with regard to meeting the drivers of change, Fitzgerald suggested.

“When I say this, I hear, ‘Mike, that’s like business 101’; I say, ‘You’re dead correct, but the people making progress are the ones who take the time to go slow at a faster pace. They make sure they have that alignment.”

Fitzgerald insisted that insurers today need to recognize that in their regional markets, nationally and globally, there are profound forces at work that make it clear that they can’t undertake systems planning processes the way the have in the past. “I hear a common thread when I listen to companies that are reacting successfully—they are taking the time to get aligned,” he remarked.

The Pace of Change is Not a Sprint

“Going back a decade or more in this industry, we were talking about policy upgrades—which is good,” Fitzgerald continued. “But now we’re talking about something more like the Zhong An example, giving people what they need to support people in caring for their families, their property—the people and things that matter to them.”

“You still need to be fast, to sprint, but pace of change is a much longer race,” Fitzgerald concluded. “The industry should be looking forward to doing it a little better than they’ve done before.”