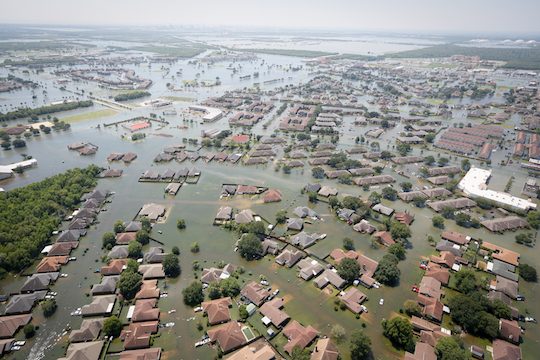 First it was Harvey that spread devastation and destruction in Texas; then it was Irma’s turn to wreak havoc and ruination in Florida. And the hurricane season still has a long way to go. After avoiding a major hurricane for over a decade, the United States got two sharp reminders of just how devastating a Category 4 or 5 storm can really be.

If there is a very faint silver lining to this fierce cloud, it’s that authorities prepare more carefully and thoroughly for each subsequent storm. This is actually what happened in Florida. After seeing the devastation of Harvey, authorities have realized that even being prepared is not enough; you have to be really, really prepared to meet the challenge of a monster storm, and Florida prepared as thoroughly as it could to meet Hurricane Irma. But the storms also bears lessons about how technology—and specifically drones and the data they gather—can help not only to resolve claims to benefit policyholders, but to play a role in improving the relationship between insurers and the public more generally.

Irma blew through the Caribbean like a bat out of hell, bringing death and destruction to St. Martin, Puerto Rico, Cuba, and the British and US Virgin Islands. It was the biggest and fiercest hurricane ever to form in the Atlantic, and that it didn’t hit Florida’s east coast directly head on as was forecast was a truly lucky break for residents of Miami and the other big cities. By the time it hit the west coast it was somewhat weakened. But even if it wasn’t as “bad” as the media made out, it was destructive enough, leaving 6.2 million people in the dark and causing the largest evacuation in American history. Combined with Harvey, the economic losses from Irma are predicted to range between $250 billion to $300 billion.

Learning from the experience of Texans just a week or so earlier, Florida was ready. Days before the expected impact, high-ground shelters were set up for the hundreds of thousands of evacuees. Schools were already closed Thursday, “to give our parents and our community sufficient time to adequately prepare,” the Broward County School Superintendent told CNN. And Miami-Dade County Mayor Carlos Gimenez signed a declaration of emergency already at the beginning of the week, in order to give authorities the time and resources they need to prepare.

But storm preparation goes beyond ensuring basic survival. The key to recovery is having access to resources as quickly as possible, for example getting electricity back online as soon as is feasible. Forewarned is forearmed, and utility workers in south Florida were on full alert, with a full array of tools that will help them keep the juice flowing in the event of a catastrophic storm. By last Tuesday, many stores in Florida had been cleaned out, as residents sought to stock up on food, water, and other essentials; chains like Walmart and Publix started a major supply effort to restock those stores, and get more supplies in the hands of consumers. Ditto at Home Depot and other stores that Floridians are looking to for supplies and equipment to prepare for the storm—and for rebuilding afterwards. Staff worked around the clock to resupply. “The Home Depot strives to be the last to close and the first to open,” company spokesperson Matt Harrigan said before the storm hit. “We are working to be there to support South Florida to get everyone through the storm safely.”

There are lessons for insurance companies, as well. Although insurance is perhaps the last thing on the minds of most people in the storm’s path, it is going to become a major issue in the days and weeks after the storm. Faced with devastation, victims are going to be looking to insurance companies to make good their losses. And unnecessary delays in the processing of claims is going to make the insurance industry even less loved than it is already.

From disaster can spring salvation, at least in a sense. Insurance companies in the past have indeed sometimes had deplorable records when it comes to processing and paying claims after a major natural disaster. Of course, it often wasn’t their fault; if the roads are impassable and the staff itself is homeless due to flooding or damage, a company can’t marshal the resources it needs to begin processing claims.

But with modern technology, companies can prepare to work under emergency conditions—by utilizing drones. When the rains end, insurance companies can and should be dispatching drones for close-up views of damaged areas. Within hours of the weather clearing up, we should be seeing fleets of drones flying across affected areas, efficiently taking images and video of damaged buildings, farms, businesses, and other entities that people are going to need insurance money to rebuild. Without drones, that effort could take days to organize; but with drones, it could be done the day after the storm, with the unmanned aerial vehicles gathering the necessary data that will allow insurance companies to begin processing claims almost immediately.

Changing the Public’s Perception of Insurance

It’s a lesson that has begun to become obvious to insurance companies. In Texas, at least three firms—USAA, Farmers Insurance, and Allstate—are using drones to assess damages and help adjusters determine claims from Hurricane Harvey. Irma presents an opportunity to go even further, expanding drone fleets and truly using technology to deal with claims; indeed, even as the storm weakened, electricity providers were using drones to examine damage and determine what needed to be repaired; insurance companies are without question gearing up to send out their drone fleet as well.

With efficient and quick claims processing for storm victims—thanks to the data and images provided by drones—the public will start to look at insurance companies in a whole different light. Instead of Scrooges that have to be dealt with because they have no choice, customers will think of insurance companies as benevolent businesses whose primary purpose is not to extract money from them, but to help them in their time of need. That, of course, was the original purpose of the industry, and the reason people actually buy insurance. What a novelty it would be—and how beneficial to the industry generally and in terms of future sales and marketing efforts—if people would indeed see insurance companies in that light.