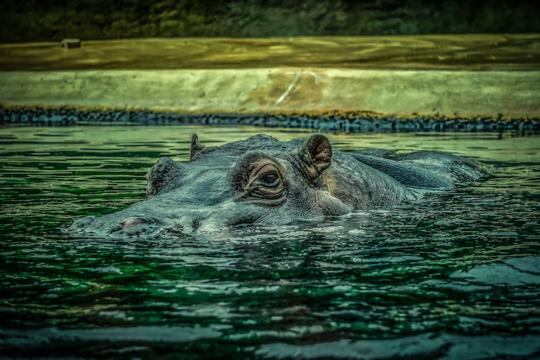 Following fast on a Series E funding round of $150 million in July, Hippo (Palo Alto, Calif.) has announced a capital investment of $350 million from Mitsui Sumitomo Insurance Company, Limited, a subsidiary of MS&AD Insurance Group Holdings, Inc. (Tokyo). As part of the deal, Takashi Sato, a managing partner of MS&AD Ventures, the corporate venture capital fund of MS&AD Insurance Group Holdings, will join Hippo’s board of directors as an observer.

As with the July announcement, Hippo said this investment will support its aspiration of product rollout in additional states, to reach 95 percent of the U.S. homeowners’ population in the next year. Hippo says the new round will also provide additional capital for its insurance and reinsurance companies. The investment is the fruit of a relationship between the two companies which began with the MS&AD’s investment in Hippo’s Series E funding round in July.

MS&AD came late to participation in the Series E round, after lead and existing investor participation had already been decided, and the firms agreed on a smaller participation, recalls Rick McCathron, Chief Insurance Officer, Hippo. The greater significance of the participation was that it gave the firms a chance to get acquainted, including visits to each other’s offices in Palo Alto and Tokyo. Within a couple of months, MS&AD expressed interest in making a further investment.

“At the time we didn’t need capital because we had just raised $150 million,” McCathron recollects. “They said, ‘What if we put a sizeable investment in play?”

Hippo has had the opportunity to take a substantially larger amount of capital through every one of its investment rounds, according to McCathron. “Our view is that you take money when you can use it, not just for the sake of it,” he says. “We have been fortunate to raise capital before we needed it—and we could have raised $350 million before—but not with a partner that we could do interesting things with.”

“Where MS&AD felt this a good investment, I believe, is when they look at people doing innovative things in homeowners’ they recognized that our tech prowess, IoT strategy and risk segmentation was exactly the kind of partner they wanted to educate their organization on the modernization that InsurTech has to offer,” McCathron adds. “We got to know them well and the two companies’ vision for growth—and how InsurTech plays in that—is aligned.”

McCathron says that both organizations see promise in a $350 million capital infusion into Hippo is interesting, and Hippo finds believes that a worldwide insurer that understands risk and property exposure and has an appetite to take underwriting risk is a great partner to have. Even though the new infusion comes hard on the heels of the $150 million Series E round, the companies chose an agreement to bring a quick close to the deal. “What accelerated this is that we didn’t have to agree on a valuation—which is why it is a convertible note,” McCathron says. “They wanted in, we wanted to have them in and we both wanted to do it quickly.”

MS&AD’s investment will automatically convert into a commensurate percentage of equity at the next capital infusion, whether that be public or private.

The companies have announced that they plan to sign a reinsurance treaty. Mitsui Sumitomo will take on a portion of risk to support Hippo’s Insurance Company, a national property and casualty insurer licensed in 50 states and rated A- (Excellent) by A.M. Best Company.

“Mitsui Sumitomo is one of the best when it comes to risk management and shares our desire to leverage data and analytics to create better outcomes for homeowners,” adds Assaf Wand, Hippo’s CEO. “We’re excited to deepen our partnership and gain additional catastrophe modeling expertise from one of the world’s largest insurers.”

Beloved by Its Customers

“We value the innovation that Hippo brought to the home insurance space through its advanced classification of risk,” said Shinichiro Funabiki, Director, Vice President Executive Officer, Mitsui Sumitomo Insurance Company, Limited. “We look forward to learning from one another through our strategic partnership, providing high value-added products and services to customers of both companies in the U.S. and Japan, and to continue to support Hippo, which quickly became a top InsurTech in the U.S. home insurance space and is beloved by its customers.”

Hippo’s McCathron adds that the deal demonstrates that the industry and one of the world’s largest insurance organizations recognizes what the company bringing to bear in the evolution of the industry and is willing to invest accordingly. “It’s an affirmation that we’re not just a very strong technology company with interesting solutions, but also a disciplined insurance organization that tries to do the right thing in order to achieve a long-term underwriting profit,” he says. “We are good stewards, and will spend [the investment] in a way that will help us become the franchise that we are looking to become in the homeowners insurance space.”