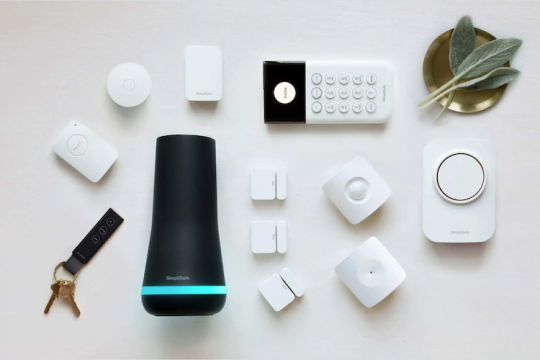 Hippo Insurance, the Palo Alto, Calif.-based InsurTech distributor that applies emerging data sources and processing approaches to homeowners’ insurance, has undertaken a partnership with SimpliSafe, a manufacturer of security systems, to provide homeowners access to more options and enhanced peace of mind when it comes to protecting their homes. The partnership will expand the suite of services available within Hippo’s extensive smart home program to include professionally monitored devices from SimpliSafe, which Hippo says protects more than 3 million people today. As a result of the partnership, new Hippo Insurance customers in select states who enroll in its smart home program will now be eligible to receive a professionally monitored home alarm system from SimpliSafe, provided completely complimentary with their homeowners’ policy. The seven-piece SimpliSafe home security system tailored for Hippo customers will include a SimpliCam HD camera, two water sensors, smoke detector, window or door entry sensor, keypad and base station. As part of the offer, eligible customers will also receive two free months of 24/7 interactive monitoring and a meaningful discount on their annual home insurance premium. After the initial two-month period, customers in the program will pay for professional monitoring, which starts at $14.99 per month.

Hippo reports that it has already sent over 200K self-monitored smart sensors to its customers and learned how to match home insurance with smart home capabilities in a way that prioritizes benefit to the customer. Hippo developed a tailored smart home program over two years ago, initially launching with self-monitored sensor kits. As activation rates for smart sensors increased throughout the program, now topping over 70 percent, Hippo says a growing number of its customers have requested an even more extensive smart home option. SimpliSafe’s professional monitoring capabilities will deliver that and afford users greater simplicity, speed, peace of mind and ultimately, cost savings, according to Hippo.

“The growth of our smart home program has revealed that customers want more flexibility and options when it comes to protecting their home,” comments Yuval Harry, VP of Partnerships, Hippo. “Our partnership with SimpliSafe, an innovative leader in home security and whole home protection, allows us to introduce a new caliber of smart home devices for our customers, with the goal of expanding to even more states to ensure that a deeper level of proactive protection is available to those who want it.”

With nearly 40 percent of claims filed by Hippo Insurance customers related to fire, water damage, property damage or theft, Hippo and SimpliSafe will help homeowners curb potential damages from four of the most damaging insurance perils:

Water Leaks: Unanticipated water leaks are the second most frequent Hippo home insurance claim (more than 25 percent), but they can be the most costly, the company says. SimpliSafe’s water sensors trigger an alarm whenever one comes into contact with water, detecting water levels as low as the width of a credit card. Theft: While home intrusions can inflict limitless financial and emotional damage, Hippo found that residences in 10 percent of burglary claims did not have a camera installed. Beyond providing visibility into intrusions, SimpliSafe’s SimpliCam offers video verification, which can yield a 350 percent faster police response time than home alarm systems that do not offer video verification, according to Hippo.

House Fires: Common house fires, which can take less than five minutes to engulf most homes, account for nearly 5 percent of Hippo Insurance’s claims. SimpliSafe’s photoelectric sensing technology can detect a fire before it breaks into flames, and with professional monitoring, not only are homeowners alerted quickly, but so also are their local fire departments in the event of an incident.

“We are excited to partner with Hippo and give their customers not only a better home insurance offering, but also enhanced peace of mind by providing them access to professional monitoring that allows for early detection—and in some cases, prevention—of issues before they cause significant damage and become major insurance claims,” comments Matt Wolf, Director of Partnerships, SimpliSafe. “This partnership is yet another way that we’re delivering on our mission to make every home secure.”