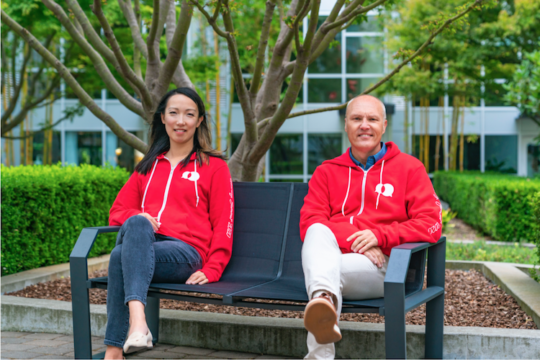 Hearsay Systems, the San Francisco-based provider of the Hearsay Advisor Cloud for the financial services industry, has named Mike Boese CEO. Clara Shih, who with Steve Garrity founded the company on September 1, 2009, will transition from CEO to Executive Chairperson, remaining on the board of directors.

“After 11 years of building Hearsay and serving as CEO, the time has come for me to pass the torch,” comments Shih. “The next decade for Hearsay requires a different leader than the last, and we are very fortunate to have Mike here as that leader.” 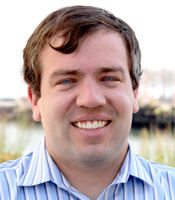 “Spending the past six months working side-by-side with Mike amidst a global crisis, I have seen how he leads with courage, grit, and compassion, Shih adds. “Mike has scaled companies and teams exactly to the next phase of where Hearsay needs to go, and I know the company will flourish under his leadership.”

Boese joined Hearsay as COO in Q1, after 25 years of executive leadership at some of the world’s most distinguished software companies including Taleo, SAP, PeopleSoft, and Oracle. Most recently, he was co-founder and CEO of Plantt and CEO of Certent, a fintech SaaS company where he oversaw 5x revenue growth, significant margin expansion, and drove key strategic partnerships with leading brokerages and wirehouses. Hearsay reports that Boese’s priorities will include building upon the company’s position as “the leading authentic, last-mile communications platform for financial services advisors and agents, ensuring the success of the Hearsay customer community and further advancing Hearsay’s growth initiatives.”

As Chief Operating Officer at Hearsay, Boese led the go-to-market and customer facing functions including sales, marketing, customer success, support, and professional service.  Prior to joining Hearsay, he was co-founder and CEO of Plantt, a SaaS-enabled garden goods marketplace that was purchased by Monrovia. Boese previously served as the CEO of Certent, a fintech SaaS company where he oversaw 5x revenue growth, significant margin expansion, and grew the business from 65 employees to 280 employees. As Certent’s leader, he tripled the customer count to 2,400, executed four acquisitions, transitioned the company’s product development process from Waterfall to Agile, and completed strategic reselling agreements with Morgan Stanley, IBM, and Bank of America. He continues to serve as an advisor to the company. 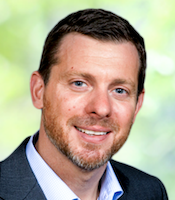 Frank Defesche, Hearsay Board Member and SVP & GM of Veeva.

Shih’s decision to move to the Executive Chairperson role and transition the CEO reins to Mike comes at a logical inflection point, according to Frank Defesche, Hearsay board member and SVP & GM of Veeva (Pleasanton, Calif.). “Hearsay is seeing a surge in demand as last-mile, compliant engagement has now become mission-critical for every financial firm,” he says. “With record levels of sales and product usage over the past six months, Mike’s intense focus on customer success, track record of driving growth at software companies, and strong leadership have given the board confidence that he is the right leader for Hearsay’s next decade.”

“I’m thrilled to lead Hearsay into our next chapter, building on the incredible work Clara has done to create this market and build products and a customer base that is second to none,” comments Boese. “The pandemic has underscored the critical importance of authentic, last-mile engagement. We are doubling down on this unprecedented market opportunity to help every financial firm modernize its field operations and customer experience.”

In response to increased demand, including a 300 percent increase in utilization of Hearsay’s platform, Hearsay has also bolstered its broader leadership team for this new phase of growth and innovation. New leadership hires include Joe Van Remortel as VP of Customer Success and Pradeep Ananthapadmanabhan as VP of Client Services. Van Remortal joined Hearsay from DocuSign, where he led the Customer Success/Account Management organization and helped grow the company into a global leader. Ananthapadmanabhan was formerly Chief Customer Officer at Celtra and the Digital Customer Experience practice leader at Deloitte Digital prior to that.