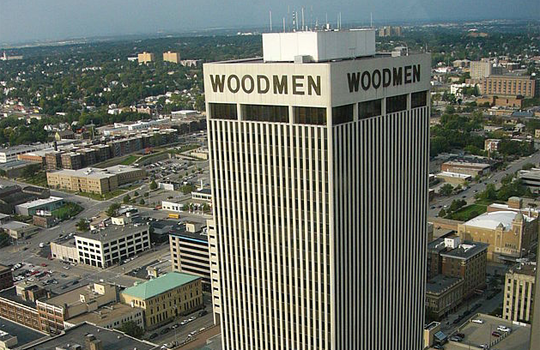 Woodmen of the World Life Insurance Society (Omaha) has deployed Hearsay Social’s (San Francisco) full solution for its representatives to compliantly build relationships with clients, prospects and recruits on social networks. Since launching the program in November 2013, the insurer has gotten over 200 of its reps on the platform and integrated with its content distribution efforts.

“As an organization we are focused on building lasting relationships with our members, and in this era social media is a natural channel for our representatives to connect with them,” comments Cris Hay-Merchant, director of marketing communications, Woodmen of the World. “The Hearsay Social platform makes it easy for representatives to stay top-of-mind and strengthen relationships while staying in compliance with our company policies.” Prior to the Hearsay Social platform deployment Woodmen of the World’s representatives’ social media activities were unregulated. “Representatives were out there doing their own thing, and it was hard to manage and corral the activities, even though we have a captive agent force of about 1,000 representatives… we just didn’t have control over what they were doing on social media,” Hay-Merchant notes.

Woodmen of the World’s biggest win in deploying the platform was simply getting representatives up-and-running, according to Hay-Merchant. Having gotten over 200 of its reps on Hearsay, she is looking forward to increasing the number significantly. “The other big win that we’ve been able to achieve with Hearsay Social is due to its Content Library,” she adds. “Because we’re able to create content easily and ensure that it gets approved by our legal and compliance contacts internally, we’re able to deliver that easily out to a large, dispersed group of representatives.”

Woodmen of the World reports that it has already enjoyed positive business impact from the Hearsay deployment and shared stories of individual successes.

C.T. Shaw, a Woodmen of the World rep generated new business by reconnecting with an old high school acquaintance after 16 years. “Once he put his branded page out, he connected with the person over the holiday and ended up selling three policies,” Hay-Merchant reports. “He was able to make that connection and sell the family the protection that they needed.”

Jim Shull, a Kentucky-based Woodmen of the World rep has gained efficiencies by using approved content and scheduling available through the Hearsay platform. “Hearsay Social makes it easy for me to follow what’s going on in people’s lives,” he says. “It’s made my life so much easier. Before I had to deal with individual posts; now I can plug in posts for a month.”