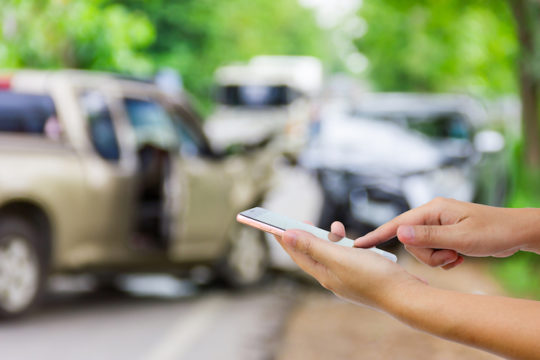 Technology adoption has exploded this year as a result of COVID-19. Take, for instance, the 580 percent increase in Google Classroom usage, 574 percent rise in Zoom video conferencing, and 450 percent jump in Instacart grocery delivery. In a matter of months, the pandemic has changed the way we think about and use technology. And for industries like automotive insurance, it has introduced new opportunities for digital transformation.

While some may say carriers are slower to embrace change, the sector has moved at lightning speed to maintain business continuity since the outbreak’s start. Initially, insurers focused on rapidly transitioning to a fully remote workforce. Once that was complete, they quickly turned their attention to digital solutions that would enable them to effectively manage the claims process while serving their customers virtually.

Prior to the pandemic, automotive insurers relied largely on staff appraisers and collision repairers to assess vehicle damage after an accident. While virtual estimating—or using photos in place of a physical inspection—is not new, COVID-19 has made it the new preferred method of inspection.

Historically, use of virtual estimating was limited and focused almost exclusively on low-severity claims. This was due, in part, to concerns about its ability to produce an accurate estimate. In fact, when compared to other methods of inspection, virtual estimating accounted for just two percent of all estimates written in the United States and Canada just a year ago.

However, with socially distancing resulting in fewer miles driven, the conditions were right for widespread adoption of claims virtualization. In just the first two months of the pandemic, virtual estimating usage jumped from two to 13 percent—all while growth in other methods of inspection decreased or remained stagnant. Some carriers also announced early in the outbreak that they were moving nearly all of their claims handling to a virtual model. Collision repair shops have also followed suit, providing customers with new tools for collecting and submitting damage photos.

When it comes to virtual estimating, insurers benefit from increased efficiency and customer satisfaction. Field appraisers typically complete three to four estimates a day when factoring in administrative tasks and drive time. With virtual estimating, though, that number increases to more than 15 to 20. By eliminating hours spent traveling and performing other required functions, employees can focus their efforts on the actual appraisal. On the consumer side, the benefits of virtual estimating include the speed, ease and convenience that is offered by a digital self-service solution.

So what does this mean for claims automation? The first step towards automating the claims workflow was increasing insurers’ comfort level with using photos, instead of a physical inspection, to assess vehicle damage. Since COVID-19 has accelerated the adoption of virtual or photo-based estimating, the insurance industry has now reached a tipping point. Insurers have validated the feasibility of using photos in the estimating process. They have seen virtual estimating used successfully for both low- and high-severity claims. And they can no longer dispute the efficiency gains and consumer benefits it provides. This likely makes them more willing to begin automating the complex, labor-intensive claims process. The question is, where do they start?

A natural next step is to leverage artificial intelligence (AI) to further streamline and improve estimating. Using photos—and eventually videos—submitted digitally, insurers can rely on an AI engine to identify component-level vehicle damage. From there, the data can be combined with other inputs to return a recommendation of either repair or replace. If the vehicle is repairable, the computer can then populate individual estimate lines with suggested parts and labor costs. Once submitted, carriers can even incorporate automation in the auditing process. For example, the computer can review all of the estimates submitted versus a subset as the auditor does today. This will allow auditors to focus on the claims that need attention. It will also give them the opportunity to rapidly uncover and address any issues.

According to  McKinsey & Company, there are many benefits to automating the claims process starting with improvements in accuracy. Claims automation also increases efficiency, reducing expenses by 25 to 30 percent—and raises customer satisfaction—by as much as 20 percent.

This year, insurers have taken an incremental step—or leap—closer to claims automation. That said, the transition from virtual estimating to touchless claims will not happen immediately. It will be an evolution, requiring insurers to re-think how and where we they technology versus how and where humans apply their expertise. Ultimately, however, automating more of the claims process allows the industry to better serve consumers while supporting the proper, safe repair of their vehicles. And with that as the insurance industry’s focus, carriers can deliver an even better claims experience.