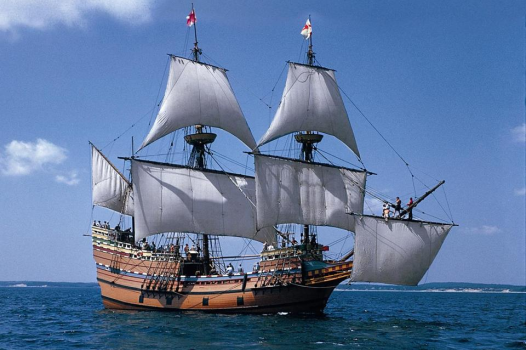 As a claims shop, Harvard Pilgrim had “nowhere to go but down,” according to Deborah Norton, CIO and Senior Vice President for Operations of the Wellesley, MA-based health services company that processes millions of medical benefit claims annually. However, the company faced a looming ICD deadline as well as the implications of an announcement that AMISYS, the provider of its core operating system would not support the ICD changeover for the legacy version Harvard Pilgrim was reliant on. In order to face the demands of the future, in 2007 the company began an eight-year core system transformation. By late 2014, the company had met its transformation goals through solutions built on Oracle Health Insurance Components, running on Oracle Exadata. Among the results Harvard Pilgrim enjoyed was the improvement of an automated claims processing rate of 85 to 91 percent.

In addition to maintaining its high levels of service, Harvard Pilgrim’s goals for the initiative were to support growth; improve its ability to rapidly deliver innovative health insurance products to market; achieve efficiency and productivity gains through automating manual processes; and improving transparency and simplifying explanations of benefits (EOB). Harvard Pilgrim’s IT team spent one year planning and seven years in strategic implementation, according to Norton. The task was daunting in its magnitude, and not without trepidation—a major concern was that while compliance goals would be met Harvard Pilgrim would lose some of the functionality that distinguished its claims operation. However, says Norton, “When we started down this path, we were like a merry band of warriors, and we were going to stick it out.”

Harvard Pilgrim had a key advantage in undertaking the transformation in that the company enjoys what Norton characterizes as “a true marriage of IT and business strategy.” That begins with Norton’s own role, as she is both CIO and Senior VP for Operations. “Current and former leadership believe the best way to keep IT and business from fighting is to have them in the same family,” she says. Many areas of the company, including member services report directly to Norton.

The main goal of the transformation was to replace Harvard Pilgrim’s legacy AMISYS core operating system with a component enabled service-oriented architecture-based solution that would, as Norton explains:

“The idea was to avoid any blackout period, allow the business to continue to bring new products and solutions to market—and that the burden of transformation didn’t suck the life out of the company,” Norton elaborates.

The essential components to be implemented within the transformation plan included an enrollment solution, a benefit and claims adjudication engine, network data management, claims pricing as a separate engine, CRM, revenue management and billing, and a capitation engine, according to Norton. Additionally, the company’s CEO specifically requested a product data management solution to provide a “single source of truth” about products outside the claims engine.

As a full-service health plan with many different types of products, Harvard Pilgrim had many specialized requirements. According to Norton, the team had to “put the pieces of the puzzle together” and develop a migration strategy for moving 850k members from one IT environment to another. The solution was to develop a very specific migration schedule where the team considered the requirements of each aspect of the book of business, and then engaged in an orchestration exercise to make sure that the components would be ready to support those specialized requirements, she relates.

To give an example of how some of those complex challenges were handled, Norton explains, “the Access America products use a different network than our traditional HMO products. So we had to build and configure the network data management application with different networks at different times…Similarly, the administrative services for self-insured had different requirements relative to banking or billing than did the fully insured. So we needed to evaluate at a very detailed level the requirements needed to be satisfied to successfully migrate business.”

The migration began in October 2011, with a provision to make non-product-specific components, such as CRM, available right away for business use. The goal was to enable support for each line of business during the rest of the migration process. Harvard Pilgrim began adding enrollment with the intention of continuing to add to it during the process. The company added the product data management and then the benefit and claims adjudication engine. Migration to the new core system was completed, along with the implementation of the pricing engine, in September 2014. Network data management was the final component to go into production, implemented in three phases by December 2015.

Given the complexity of the environment, the team had to be innovative in their approach, Norton stresses. Her team came up with a strategy to minimize variables at each phase. “You want to hold as much constant as you can in order to more easily find your defects,” she explains.

For example, the team separated benefit and claims adjudication from pricing. “We tricked our AMISYS application into being a pricing engine,” she relates.” People thought it impossible but we figured out a way.”

By keeping the pricing engine the same, the team could easily tell that any defects were inside the benefit and claims adjudication engine. Also when the claims and benefit migration was finished, they could say, “We know that environment is stable, let’s move the pricing in,” Norton notes.

The team knew going in that finding a standalone pricing engine would be a challenge. Already an Oracle E-Business Suite customer, Harvard Pilgrim had also enjoyed very successful engagement with Oracle Health Insurance in implementing Harvard Pilgrim’s benefits and claims adjudication engine. On the strength of that experience, the team chose to ask Oracle to work with them to jointly develop a pricing solution.  Whereas Oracle could draw on its European resources as a basis for the services-oriented claims and benefit adjudication engine, they had to start anew for the pricing solution. Harvard Pilgrim provided business requirements for American pricing and Oracle provided the technology to make sure that the engine would function as desired.

Another challenging aspect of Harvard Pilgrim’s transformation journey was that it took place in the context of the Affordable Care Act. In addition to coping with constantly changing business requirements, the regional nature of the firm created a challenge with different types of exchanges (state-based and federally facilitated) and mandates in the separate states they cover. “As entities clarified requirements, we scrambled to implement them as we were engaged in the migration,” Norton recalls.

However, as byproduct of that adaptation exercise Harvard Pilgrim gained flexibility. “We know we’re much more flexible and can get to market easier now,” Norton says. “We can deal much better with operational problems. It was all over the press that the state of Massachusetts had a terrible implementation with Connector version 2 of the exchange. There was chaos in the market and we were able to deal with those issues much easier than our competitors.”

Since Harvard Pilgrim completed the migration the team has upgraded its Oracle E-Business Suite environment into the 12 release. Over Labor Day, 2015 the team lifted nearly 40 integrated components. From Norton, “I would say not only do we have component based flexibility, but now through an additional year’s effort, we’re on the most modern offering that Oracle has available relative to the Oracle E-Business Suite.”

Through the implementation of the Oracle Health Insurance Components and updating of Oracle E-Business Suite, Harvard Pilgrim now enjoys a 360-degree view of membership and provider services. The company has achieved greater market agility through a plug and play system that doesn’t require time-consuming recoding when updating or introducing a new product. Harvard Pilgrim gained the ability to render customer communications, including EOB, in everyday English, reducing contact center inquiries and freeing CSRs to focus on more complex cases. And with the Oracle Exadata Database Machine, Harvard Pilgrim enjoyed vastly improved system performance, reducing the maintenance burden on the IT organization.

An additional benefit from the new system is related to Harvard Pilgrim’s TPA, Health Plans, Inc., which has its own claims adjudication engine, but can now rely on Harvard Pilgrim to price all its claims, reducing administrative expenses by between $1 million and $1.5 million.

“The partnership with Oracle and, in particular, with Oracle Health Insurance has been nothing short of amazing,” Norton comments. “These are some of the finest technologists that I’ve ever worked with, and they are true professionals. When they tell you they’re going to deliver something, they deliver it. It’s usually ahead of schedule and usually has more in the bundle than we’re expecting.”

“Oracle Health Insurance Components and the Oracle team have really enabled us to achieve our mission and reach our business goals,” Norton adds.