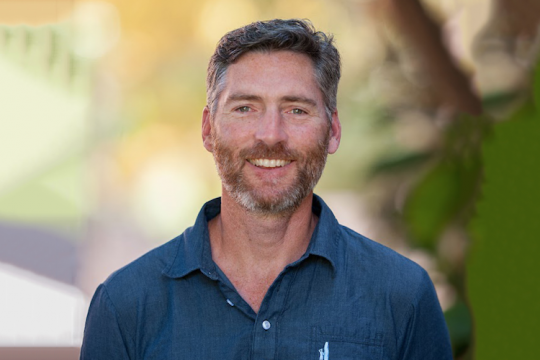 Back in the early 2000s, when Guidewire Software (San Mateo, Calif.) was young, the company was subject to the same criticism as other packaged core insurance system vendors: does this product provide the kind of insurance process expertise that legacy systems do? Those days are long gone, and Guidewire is now a property/casualty software industry institution. Given the volume of insurance expertise now embedded in its solutions, it may make more sense that the company has hired a Silicon Valley industry outsider as its new chief executive officer. Mike Rosenbaum, whose appointment as Guidewire’s CEO was announced in August, is a 10-year veteran of Salesforce (San Francisco), where he most recently served as Executive Vice President of Product, with responsibility for customer success, vision, and product development for the CRM platform vendor. One of his most notable accomplishments prior to his departure was the delivery of the Salesforce Lightning, the Salesforce platform’s redesign. One can guess the reasons for choosing a cloud platform expert to lead a systems vendor at this moment in the insurance industry’s history, but we recently had the opportunity to ask Rosenbaum directly about his appointment.

While it’s easy to imagine an insurance software veteran succeeding Marcus Ryu, Guidewire co-founder and the company’s dynamic CEO since 2010, the company was founded by Silicon Valley outsiders, and has never had a CEO who didn’t fit that description (Ryu succeeded John Raguin, who was CEO from Guidewire’s founding in 2001, with Jeff Simpson taking the role on an interim basis in 2006-7). Rosenbaum relates that he was approached for the Guidewire CEO job almost simultaneously by a recruiter and Peter Gassner, chairman of Guidewire’s board of directors and himself a Salesforce veteran known to Rosenbaum. After his time at Salesforce, Gassner went on to found Veeva (Pleasanton, Calif.), which took the cloud platform concept to the life sciences industry. Calling Veeva one of the best examples of taking a vertical cloud software approach, Rosenbaum notes that, “My career aligns to taking the horizontal-based approach and applying it to an industry vertical.”

Whatever the logic of taking vertical cloud software to a major insurance software vendor, Rosenbaum acknowledges that his first reaction to Gassner’s overture was whether the latter was talking to the right guy. “Peter convinced me that I was capable of learning what it took to be CEO of this company and convinced me to try,” Rosenbaum says. “He recommended I have conversations to assess my potential enjoyment and capacity for getting excited about the task at hand.”

The first part of the task is to learn as much about the property/casualty industry as quickly as possible, according to Rosenbaum. In terms of his larger strategic mission, he says that what he is not going to do is probably as important as what he will. “I’m not going to significantly change the strategy or course of the company,” he comments.

In assessing the Guidewire opportunity, Rosenbaum found himself “completely engaged” with Ryu about the company’s culture and its deep, strategic relationships with its customers. “That was intriguing because it is so different than my experience at Salesforce where there are so many customers and a broad focus,” he says. “The culture at Guidewire is designed to serve the P&C industry; that’s a long-term advantage for the company, and it’s a very powerful thing that I don’t intend to change at all.”

Rosenbaum alludes to Guidewire’s company values, which visitors the vendor’s San Mateo headquarters see as they walk through the door: Integrity-Rationality-Collegiality. “I recently talked with friends about the idea that you can create a high-performing software company successful on every level where the people working at that company are not all trying to kill each other,” he recalls. “There’s often an edge to companies that aspire to great things but Guidewire took a conscious approach to be reasonable and rational in the way that people work together. I want to be a champion of that culture going forward.”

Guidewire’s corporate values at the entrance of the company’s headquarters in San Mateo, Calif. (Click to enlarge.)

As to why Guidewire chose someone like him, Rosenbaum believes it was a mixture of personal qualities and values, as well as his experience in cloud software. “We were looking for that cultural fit and that was very conscious part of the selection process,” he says.

Innovation is necessary because the underlying components of technology are constantly evolving, and so a software company not only must focus on optimizing its mission, but also needs to constantly bring in people with perspectives on the way to use technology, according to Rosenbaum. “As a customer I’d absolutely want to know we’re absorbing all that we can, situated as we are in Silicon Valley and surrounded by people looking to do this,” he says. “That’s part of Guidewire’s proposition to its customers.”

From Software Package to Service

Guidewire’s proposition to Rosenbaum, in his view, was that it gave him the opportunity to lead the transformation of the company from being a packaged software that carriers can buy and implement to becoming a service they can access. “This is one of the biggest opportunities in enterprise software today, and my personal experience seeing that happen at Salesforce makes me a good candidate to guide the company through the transformation,” he says.

As recently as five years ago it was not a given that the insurance industry would be in a position to adopt mission critical systems in the cloud modality, Rosenbaum observes. “When you see Tier 1 insurers willing to partner on delivering claims and policy systems as a service, that’s a watershed moment,” he says. “I’ve seen what it looks like to execute on that opportunity, and while a vertical use case is different than a horizontal one, many of the fundamentals are very similar.” Rosenbaum believes his work on the Salesforce Lightning initiative helps to prepare him for the transformational task Guidewire faces. “It was one of if not the most transformational initiatives that we undertook; it amounted to a very large and complex engineering and systems project that eventually touched every aspect of every team at the company, and it will touch 100 percent of Salesforce’s customers,” he comments. “I think Guidewire is in the midst of something very similar.”

“We are a highly functional, highly efficient software company, that spent 18 years honing its expertise, but now this whole organization needs to pivot 90 degrees to delivering our solutions as a service,” he continues. “That necessitates a very different cross-functional approach in the way we support, sell and upgrade the product.”

Asked whether Salesforce might have an interest in acquiring Guidewire, Rosenbaum says that’s a question for Salesforce. However, he stresses that his assumption of the CEO role will also serve to strengthen an existing relationship between Guidewire and Salesforce. “We aspire to be Salesforce’s best financial services and insurance partner,” he says. “We’ve already been deeply collaborating on a Guidewire for Salesforce product that integrates the two technologies seamlessly. It has been very successful for Guidewire so far, and I intend to invest in that relationship and in that technology.”