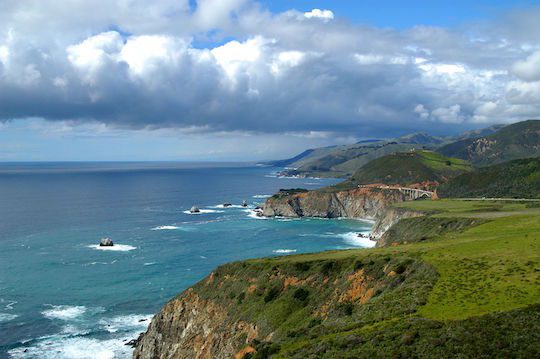 As Capital Insurance Group (CIG; Monterey, Calif.) celebrates its 120th anniversary next year, it will also be celebrating its recent return to focusing on its identity as a regional West Coast insurer, this time with systems to equip it to meet the expectations of today’s policyholders and distributors. CIG changed course in 2013, simplifying its business portfolio, and undertaking a IT strategy resulting in the implementation of Guidewire (Foster City, Calif.) systems in support of a simplified technology platform.

CIG had strayed from its focus on property and agricultural insurance, entering a variety of more esoteric lines of business, such as Las Vegas taxis, assisted living, and also forming an excess and surplus company, according toArne Chatterton, who joined the company as CEO in 2013. “Those risks are the deep end of the pool, but we’re a regional P&C carrier—CIG, not AIG,” he remarks. “We can’t be all things to all people—there’s far too much mediocrity in the market, so we need to focus on what no one else can do as well as we can.” Traditionally, when bad things happen in California and elsewhere in the West where the insurer operates—such as wildfires and earthquakes—CIG handles it better, according to Chatterton. “We deal with those events and the state’s challenging regulatory environment very effectively,” he says. “Carriers outside the state don’t fare as well, and we think that’s our value—we understand the areas where we live and work.”

By peeling away non-essential business, CIG went from being a $420 million carrier to about $370, according to Chatterton. He expects premium to reach about $385 this year, with growth continuing at 5 to 6 percent. The insurer will place a new emphasis on its agricultural business in the coming years, and it has reinforced its physical presence through the opening of new physical locations in Westlake Village, Roseville, Fresno (all in California) and Spokane, Chatterton reports. CIG’s growth objectives are tied to modernizing and simplifying the carrier’s IT environment by moving to a single platform.

Chatterton notes that it has been observed internally at CIG that for a company that has never acquired another insurer, it has a surprising number of systems. “Part of our focus is to have a single platform—not for its own sake, but for the sake of redundancy—we’d like to have it done once and be done,” he comments.

Chatterton’s comment assumes not a fixed state, but rather the implementation of a platform capable of moving with the times. “Part of our investment in Guidewire is our confidence that they will continue to innovate and raise the bar,” he says. “We can’t afford to figure that out on our own, but we will be caught in their draft as they innovate and evolve their capabilities.”

In pursuit of the single-platform strategy, CIG selected Guidewire systems after reviewing a number of vendor offerings. The insurer deployed BillingCenter in 2015 and in less than three years since the initiative began was live in 2016 for Business Owners (BOP) and Commercial Auto in all the states CIG does business in. Earlier this year, CIG went live on Guidewire PolicyCenter and also deployed Guidewire Standards Based Templates.

“We recently launched Commercial Umbrella and are continuing to expand to additional lines of business, with a focus on Personal Lines as our next large initiative on our road map,” Chatterton comments. “In parallel we continue to improve and enhance supported lines of business, with improvements such as straight-through underwriting and other advancements made easier by the Guidewire platform.”

Among CIG’s other ambitions are increased operational efficiency through use of a single core platform; greater ease of doing business for both producers and policyholder through better self-service and collaboration options; reduced system maintenance costs; and greater responsiveness to market opportunities through accelerated product speed-to-market.

“The deployment of PolicyCenter and BillingCenter demonstrates our commitment to providing the best technological solutions to our agents and policyholders,” comments John Halberstadt, CIO, CIG. “Our customers may not realize that they are leveraging Guidewire technology directly, but they can have confidence that we are able to offer them the best products, fastest services, and more self-service online solutions, which will strengthen their partnership with Capital Insurance Group.”

One of the selling points of Guidewire was the possibility of introducing predictive modeling, according to Chatterton. “Our platform didn’t have any provision for doing modeling, and Guidewire’s ability to model is very robust and quick,” he says. “Where the rubber hits the road is what a given capability means to our policyholders and agents.”

In that regard, Guidewire provides integration to many third-party vendors, including Agencyport. As a result, CIG resurrected an initiative based on that technology which became the carrier’s Wingspan agent portal. “One of the headaches of the legacy environment was the lack of standards and integration capabilities,” Chatterton says. “Guidewire has a tremendous number of integrations with various vendors that in the past we had to build on our own.”

CIG’s next steps include moving off an unsupported commercial platform by the end of 2018, and the formulation of a plan to accelerate the move of personal lines business to the new platform. “We’re going through the equation of what we’ll need to get these lines on Guidewire sooner rather than later,” Chatterton reports. “We might have to invest considerable resources, but it may be worth it to avoid the existing redundancies—the calculation is one of what we spend versus what we can expect to save.”