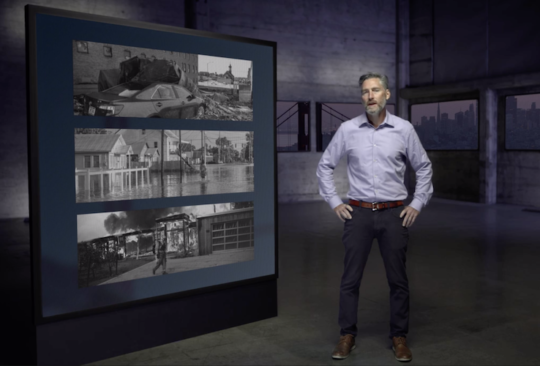 “Cloud is a means, not an end,” he said during the virtual presentation. “Cloud is a mechanism we will use to deliver significantly more value to you answer this industry by both simplifying the complexity of your IT operations, and more importantly keeping all of you current on the latest release of Guidewire so that you can benefit more continuously from the development we do to help you innovate.” 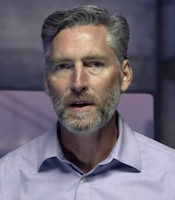 “This momentum has been hard earned and has required the partnership of so many of you willing to chart a path with us into a better approach to running core systems,” Rosenbaum added.

Rosenbaum then introduced Mary Beth Eckert, VP, CIO, Property and Casualty, USAA (San Antonio) as an exemplary partner in driving the cloud vision for Guidewire’s platform and its customers.

Eckert recalled how she had attended Guidewire Connections for the first time in 2019 after signing a contract with the vendor. She said she faced many questions about why USAA had decided to move to the cloud. “I remember thinking at the time, ‘Why would we not?’,” she said. “We’re on a journey to paint the picture of the future—we’re looking forward 10, 20, 30 years, and to us Guidewire and the journey that you guys are on around the cloud and the maturity and your ability to come forth with total transparency and honesty with us of where you were at and where you were going, was the perfect combination.” 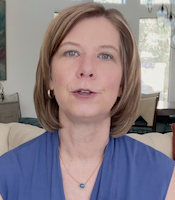 Through its partnership with Guidewire, Eckert said that USAA aspires to achieving 75 percent touchless claims by 2022. “We are looking forward to launching new products—these are all innovations that Guidewire enables and partners with us on and we’re really looking forward to building that feature together,” she added.

USAA’s positive feedback is a source of confidence that that Guidewire will eventually upgrade 100 percent of its customers to Guidewire Cloud, Rosenbaum said. “The question is no longer ‘if,” but ‘when’ and how long it will take,” he asserted.

Rosenbaum noted that at the last Connections, Guidewire announced its intention to begin a new cycle of six-month releases. “It was a significant milestone for our company when we released Aspen in June,” he said. “We established the new baseline for our cloud platform and instantiated externalized services for rating and rules management as well as a new cloud data platform.  I’m excited to say that just six months later we now have two customers live in production an Aspen with two more scheduled to deploy to production in the next two months.”

Saying that much of the discussion at Connections 2020 would be about capabilities delivered with Banff, Rosenbaum said Guidewire is on track to deliver the next release—Cortina—six months later. “The change in our approach to building and delivering new functionality in six-month cycles has been tremendous, and I’m very happy with the initial feedback on this transformational step,” he said.