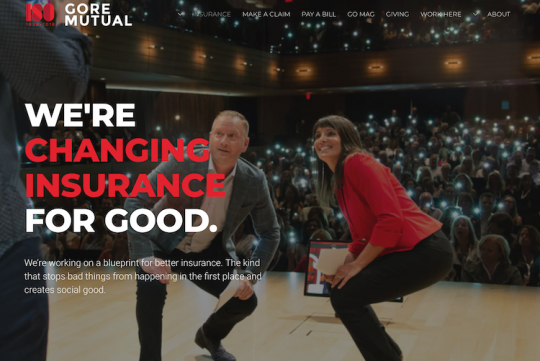 Like other insurance organizations over the past year or so, Gore Mutual Insurance Company (Cambridge, Ontario), Canada’s oldest property/casualty insurer, understood that it needed to harness the competitive power of artificial intelligence. Seeing the technology’s potential, in 2018 the insurer began an initiative to study AI and build an internal capacity for applying it to its business processes. The insurer concluded that an external partner could be a powerful accelerator for its adoption of AI. As a result of that insight, the carrier is currently working with Element AI (Montreal) on an initial project to integrate the vendor’s software into its underwriting practice. “We had been dabbling with AI in some business units, and we have a team with actuaries and data scientists, but we were not yet doing anything formal,” recalls Sean Christie, VP and CIO, Gore Mutual. “In management there was no common foundation to talk about how AI could help us.”

Gore Mutual researched hundreds of vendors touting AI before identifying Element AI as the partner of choice. “It was hard to separate real players from people using the term in marketing materials,” Christie cautions. “As we spent time on the phone with them, it became clear that they were real.”

The insurer subsequently conducted an off-site management meeting in Montreal with the vendor in Nov. 2018. The two companies’ discussions focused on a common vision for how AI fit into the insurance company of the future that recognized the complementary contributions of human and machine. Within that vision, Christie stresses, “you’re not delegating all responsibility to the AI, there’s a real connection point with the organization, people and talent—AI becomes a tool set deployed in various forms to augment people’s work.”

Once the two organizations established a strong bond, Gore Mutual embarked on an internal data audit. Christie notes that, as a 180-year old insurance company, Gore Mutual has a massive inventory of unstructured data, but estimated that it was only using about only 20 percent of it. The insurer is looking to AI solutions to make sense of that unstructured data and to insert it in a more efficient and robust fashion into downstream systems in areas, such as underwriting and claims.

The two companies partnered to educate Gore Mutual’s management team, as well as undertaking an effort to “demystify” AI to the organization as whole, according to Christie. “Everybody went through a kind of ‘AI 101’ session to talk about what AI is and isn’t, to unpack fears about how AI might play out, and to have our associates understand what we’re trying to do with the technology,” he explains. “We wanted them to understand that it will be play a key role in building their career success.”

Gore Mutual identified its first major AI opportunity in its underwriting processes, building a solution that combines the results its data audit with Element AI’s Underwriting Partner software. “Collaborating with Element AI to integrate the latest technology is a bold, disruptive move that we believe will benefit our insurance broker partners and customers by working alongside our underwriters to create a competitive edge from all that unused data,” Christie comments. “We can leverage it across our business to strengthen products, policies, claims, billing systems, and more.”

Parallel to the partnership, the insurer has been building an analytics team dedicated to studying where AI can be deployed across Gore Mutual’s value chain. “We’re thinking of AI for solutions we can deploy not only for underwriters, but for claims adjusters and other roles—creating a tool set within an underwriting or claims workbench that utilizes AI,” Christie explains. “We see AI become strong tools set for future worker to leverage.”

Gore Mutual is yet to go into production with the capabilities that it has built with Element AI Underwriting partner, but Christie is very optimistic about the likely results. He notes that there will be some shift of labor simply because of the efficiencies that AI will introduce into to the underwriting decision-making process. “Roles will change, but taking an evolutionary kind of path,” he says.

Gore Mutual had already centralized key administrative functions, making it easier to make the business case for building an enterprise AI capability. The company will continue to build its expert staff, but its relationship with Element AI is vital to its ability to progress in a way that will make it able to make the most of AI, according to Christie. “We wanted to be tapped into an organization that was connected academically, that was well versed in the potential of the technology, and that help us on a path to self-learning,” he says. “As a medium-sized company we have limited resources, so we sought a partner,” he continues. “We know that Element AI will continue to help us push the envelope.”