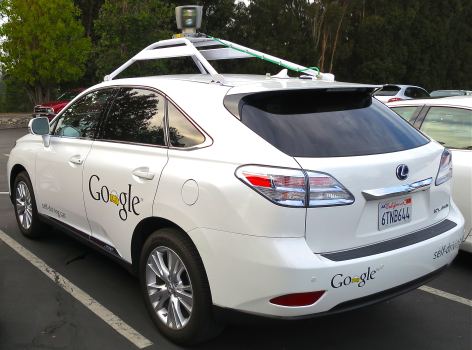 Google’s foray onto Austin’s streets was undertaking with its modified Lexus RX450h vehicle and two “safety drivers” ready to intervene, should anything go awry. The company characterized the test as an important way to test its software in different driving environments traffic patterns and road conditions. “So we’re ready to take on Austin’s pedicabs, pickup trucks, and everything in between,” the statement continued.

As Brent Wistrom of AustinInno reported, the vehicle also has sensors that are “building maps that include obvious things, such as lane markers, and not-so-obvious things, such as curb heights.” In that regard, the Austin experiment suggests one of two likely early directions of autonomous vehicle proliferation, namely downtown city transportation.

One of the primary challenges of vehicle automation is replicating the capacity of human drivers to respond to challenges that spontaneously appear. By mapping the details of a given city, Google is maximizing autonomous vehicles’ “knowledge” of what is already there and thus limiting what the vehicle will need to react to.

Of course Google is not the only party to study urban autonomous driving, and Google’s experimentation has not been limited to city streets. Highway driving is a necessary capability for wider adoption of autonomous vehicle technology, and it’s also an early adoption area owing to the economic opportunity presented by long-haul freight. In many respects freight is the most promising of directions for autonomous vehicle technology because highway transportation is more predictable. Over the longer term, sensors and transmitters along roadways could make both highway and urban autonomous transportation easier, and in the short term, freight transport vehicles could operate autonomously on highways and an revert to human pilots in more complex, less predictable “last-mile” environments.

Several major auto manufacturers continue to develop autonomous vehicle capabilities, and insurers continue to explore the implications of the technologies for their business. For example, this morning Munich Re announced a partnership with Comet, a developer of ground mobile robotics pilot projects, to conduct a feasibility study focused on autonomous vehicle data and market development opportunities.

Read more of IIR’s coverage of autonomous vehicle technology and its implications for the insurance industry:

What the First Commercial Autonomous Vehicle Means for Insurance

Milestones in Driverless Vehicles: The Washington Post Takes a Semi-Autonomous Drive in D.C.