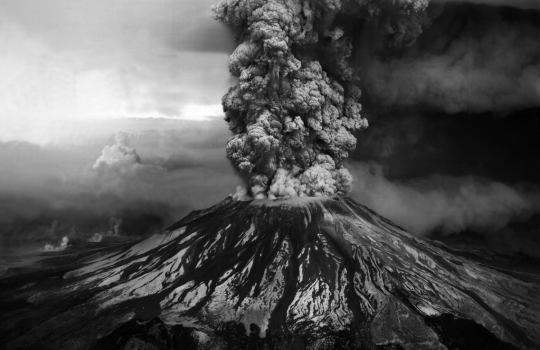 This week marks the 35-year anniversary of the great eruption of Mt. St. Helens, an event which may serve as a metaphor for disruption in the insurance industry: The experts new it was coming but they seriously underestimated its magnitude. The event blew well past the danger zone calculated by geologists, destroyed huge amounts of infrastructure and completely reshaped the surrounding landscape. Tragically, there were nearly 60 fatalities, including geologist David Johnston, a USGS volcanlogist whose warnings nevertheless saved many lives, and who is known for his last words to the regional USGS office as the eruption occurred: “Vancouver, Vancouver: this is it!”

In the case of insurance disruption, the hurt will be limited to finances and pride, but the extent and timing of the catastrophe remains the biggest question: How quickly will the disaster unfold, and how profoundly will the landscape be reshaped?

The insurance industry’s overall metamorphosis will be gradual rather than instantaneous. This week, like any other at IIR, we report on a variety of developments demonstrating rapid industry evolution. Among our news stories: the rapid expansion of a modern system vendor, the adoption of rapid development capabilities, the deployment of social media capabilities, new analytical tools for risk management, and the implementation of a cloud-based core insurance system. Our featured commentary piece relates how retail analytical tools are outstripping enterprise control of data analytics.

The featured story in today’s IIR newsletter represents perhaps a more dramatic and rapid single source of disruption. We offer analysis of remarks made by Google Compare CEO Nicolas Weng Kan at the recent Bolt Executive Summit. Our article examines Weng Kan’s remarks and includes links to other IIR articles on the subject. Having reported on consumers inclination to buy insurance from entities other than carriers, we think that Google will have a significant impact.

But Google may not be all that insurers need to think about. As Forrester analyst Ellen Carney recently told InsuranceLinked: “It will not be long before we see Amazon acting as an aggregator for insurance coverage, and then the gloves are really going to be off. We also suspect that, at some point in time, Facebook will sell insurance.”

Volcanologist David Johnston saved many lives by warning of the imminence and magnitude of the Mt. St. Helens eruption of May 1980. Tragically, it was even greater than he anticipated, resulting in his own death and that of others outside the prescribed danger zone. The stakes aren’t as high for insurance disruption, but we hope we can do our bit to prevent greater damage than is necessary and say—in this instance from Vancouver, home of IIR, rather than to it—that when it comes to disruption, this is it.