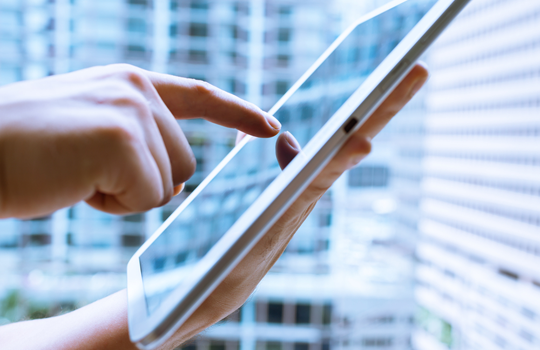 Gamification is similar to social media in that it’s one of those shiny new technology areas where insurers may struggle to calculate a hard ROI. However, it has become a feature of consumer culture and is a tool to drive what insurers struggle more than other industries to achieve: customer engagement. Gamification is an emerging field of activity in insurance and many carriers have used it for a variety of purposes, as a recent Celent study reports. But gamification has broader lessons for how insurers should think about the user interface generally.

Gamification is the use of game elements and design techniques for non-game problems, according to Game Revolution: Gamification in the Insurance Industry, authored by Karlyn Carnahan, research director, Celent. The resulting experience is game-like, but its purpose is independent of the experience of the game, she writes. The power of gamification is that, through the use of game elements, activities that might normally be uninteresting and even tedious become fun, according to Carnahan. That can create positive engagement in itself, and, adds Carnahan, “if you can combine fun with rewards, you can motivate people to do what you need them to do,” she says.

For example, gamification was used in a quoting process that offered virtual coins that accumulated in a “treasure” box and represented discounts. “The applicant may have qualified anyway, but they could use their rewards to choose a lower price or deductible, and they enjoy the sensation of surprise and reward,” Carnahan says. “The carrier who deployed this gamified process reported a significant boost in close results.”

Insurers are already using gamification for a wide variety of purposes, including but not limited to generating quotes, improving brand awareness, educating customers, shifting interaction patterns, changing customer behavior, onboarding employees, enhancing employee productivity and improving expense reporting. Carnahan identifies three general categories: externally for marketing, sales and customer engagement; internally for human resources, productivity enhancements and crowdsourcing of ideas; and for behavior changes in areas such as health and wellness, wealth management and sustainability – areas, Carnahan explains, “where people appreciate the value of doing something but can’t get over the hump to actually do it.”

Cigna was an early adopter of gamification for behavior modification, with the Re-Mission app, launched in 2007. Developed as part of an alliance with R&D non-profit HopeLab, Re-mission was designed to be a fun and challenging video game to motivate young cancer patients to stick to their treatments.

In 2008 a study published in medical journal Pediatrics found that Re-Mission improved treatment adherence by boosting self-efficacy, fostering positive emotions and shifting attitudes about chemotherapy. The Re-Mission Attitudes Study in the Brain, published in the scientific journal PLOS ONE in 2012 used fMRI technology to demonstrate that interactive game play impacts the brain to motivate positive behavior change.

The game was relaunched in 2013 as Re-Mission 2: Nanobot’s Revenge. The game puts players inside the human body to fight cancer with an arsenal of weapons and super-powers, such as chemotherapy, antibiotics and the body’s natural defenses, according to the Re-Mission homepage. The game play is designed to parallel real-world strategies used to successfully destroy cancer. Cigna recently formed an exclusive alliance with Samsung as co-developer of the S-Health platform for its smart devices, according to Boxer. “Our contributions have been iterative, starting with content for the Tablet 3 last fall, the Coach by Cigna native app for Galaxy 5 this spring, and we’re moving into more impactful things this fall and winter,” he says.

These and other examples of gamification efforts by Cigna are based on what Boxer characterizes as the importance of linking health improvement to tangible, immediate incentives. “The elements that make a game powerful are those that drive people to learn and change behaviors,” he asserts.

Beyond the Game Context

Celent’s Carnahan notes that while gamification is generating real results for insurers, it is not appropriate for every business problem. However gamification’s techniques work on principles of performance management science that have broader application beyond the game context. “With performance management, if you want someone to change their behavior, you first define what you want them to do,” she explains. “Then you need to be able to measure and to reward or punish. ‘Punish’ is a strong word, but essentially you have to make the person’s world brighter if they accomplish the goal and dimmer when they don’t.”

Cigna’s Boxer affirms that gamification has lessons about how to make any kind of interaction more lively and effective. “The elements that make gamification powerful should find their way into every user-centric design challenge,” he says.

One example is to drive effective customer communications, which traditionally involve the often onerous task of reading and filling out forms. Such processes may not be amenable to a gamification treatment that results in their being positively entertaining, but introducing elements of gamification into insurance documents may be the single most effective way to improve a customer’s relationship with and loyalty to an insurer, according to Michael Charest, VP, Financial Services, Insurance & Healthcare, GMC Software Technology. He cites 2011 study by JWT Intelligence that found that 63 percent of respondents said making everyday activities more like a game would make them more fun and rewarding. Charest advocates a shift from static to dynamic documentation. Dynamic documents introduce various interactive capabilities, such as clickable charts, icons and video links that provide further information or provide more engaging ways of completing necessary tasks. “It takes what otherwise might be viewed by the customer as a necessary, onerous task of having to look at their statement and transforms it into an engaging experience that adds value and improves the customer experience,” he says.

More engaging interfaces can potentially impact not only whether a task gets done – and done well – but also the quality of customer relationship, which in turn can impact who really owns the customer. As IIR reported recently, entities other than insurers are vying to become consumers’ protection consultants. For example, San Jose, California-based Sureify is seeking to consult with consumers about the insurance products they need even before they reach an agent, let alone a carrier.

Sureify works through an interactive interface to teach people about their life insurance needs through a four-step process – Learn-Estimate-Compare-Download My Plan – that suggests affiliated agents and carriers once the process is completed.

Engaging customers through gamification elements is core to Sureify’s approach, according to CEO Dustin Yoder. “At Sureify, we weave gamification throughout our entire platform for a more enjoyable customer experience in an industry that has traditionally not been known for it,” he explains. “Pleasure, achievement, and success are central human desires that we all crave, and they are central to concept of gamification. A customer that associates our product with those feelings engages with us at a deeper level and with more frequency.”