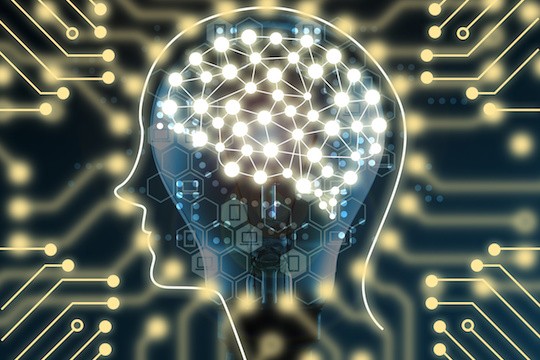 When the news is that an insurer’s technology is alarmingly advanced, surely that’s news in itself. Japanese insurer Fukoku Mutual Life (Tokyo) has increased productivity in its claims process by 30 percent by deploying IBM Watson Explorer, with a projected return on investment within two years. However, media reports have focused on Fukoku’s acknowledgement that the initiative will displace 34 workers. Fukoku Life has introduced IBM Watson Explorer to support the process of assessing benefits for claims payouts. The insurer has developed what it calls an Automatic Coding System for the Assessment of Documents. Fukoku Life says the system can recognize the name of a patient’s condition in a relevant medial document within a submitted claim. The system recognizes keywords associated with the justification of payment, it can formulate context from dates of significant events, including that of injury, hospital admission and treatments, and also has a function for preventing missing payments, according to Fukoku Life.

The insurer has also deployed IBM Watson Explorer to conduct voice analysis on customer calls and to review and analyze customer correspondence, according to Fukoku Life. Japanese news outlet The Mainichi reports that Fukoku’s parent company is investing $1.7 million in the Watson-based system, which will cost $128,000 annually to maintain.

Several media reports focused on the Fukoku announcement as an example of automation going beyond manufacturing to replace white collar workers. Referring to the technology adopted by Fukoku Life, an ABC (Australia) subheading said, “They never take days off and never strike—artificial intelligence [AI] is set to replace more than 30 human workers at a Japanese insurance firm.” The Daily Mail reported that “more than 30 Japanese workers at set to lose their jobs, to be replaced by robots.”

Industry observers may find it amusing to see an insurer criticized for its automation being excessively effective. The Mainichi story linked above also reports that Dai-Ichi Life is already using Watson for payment assessment efficiency, Japan Post Insurance is planning a similar application of the technology, and Nippon Life Insurance has begun using AI to develop tailored coverage plans for clients. As reported in Insurance Innovation Reporter last week, New York-based startup carrier Lemonade said its AI-based model had completely processed an insurance claim within three-seconds, from submission to payment.

While reporting on Fukoku Life’s AI-related staff cuts, a story in The Guardian notes that Japan’s shrinking and aging population makes it a “prime testing ground” for AI. The story notes that a 2015 report by the Nomura Research Institute predicts that nearly half of all jobs in Japan could be automated by 2035.

These reports suggest the potential of AI to create a public relations problem for insurers, even as they solve some of their most persistent technology challenges. However, the potential of AI to displace human labor, skilled human labor is still to be proven, according to Donald Light, a Director in Celent’s (Boston) North America Property/Casualty Insurance Practice. “With regard to the potential impact of AI, we’re still in the early days,” Light comments. “Historically technological advance has always resulted in net creation of jobs, though there’s no guarantee previous patterns will hold with AI.”

Paving the Way to Higher-Value Work

One of the particular benefits of AI is that it will create new jobs, argues Deb Smallwood, founder of research and advisory firm SMA. “Even if the majority of the business process is automated, someone has to manage the results,” she says. “The challenge is that these new jobs require more advanced training, especially in analytics.”

The automation of the more administrative aspects of insurance processes will free up professionals for higher-value work according to Smallwood. “We’ve seen this with increasing in automation of underwriting, where there is now more time to manage relationships with agents or spend more time managing the book of business,” she elaborates. “More broadly AI should mean improved customer service on a more high-touch basis—employees are given more time for high value tasks that have had a lower priority.”