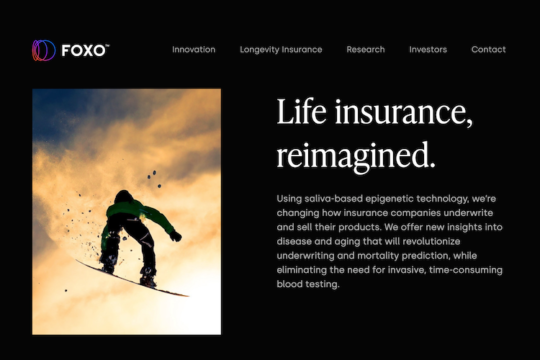 FOXO Technologies Inc. (Minneapolis), a technology company applying epigenetic science and AI to modernize the life insurance industry, announced that it has entered into a definitive merger agreement with special purpose acquisition company (SPAC) Delwinds Insurance Acquisition Corp. (Houston, Texas). As a result of the transaction, which values the combined company at an estimated enterprise value of $369 million, FOXO is expected to become publicly listed and plans to trade on the NYSE under ticker symbol FOXO. The company says that proceeds from the merger are expected to accelerate the development of FOXO’s platform to offer saliva-based epigenetic biomarker underwriting technology and consumer engagement services to the global life insurance industry. 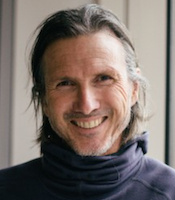 A FOXO statement says that the SPAC transaction, combined with recent capital raising actions it has undertaken, is expected to raise up to $224 million in total gross cash proceeds, including up to $201 million of cash held in Delwinds’ trust account, assuming no redemptions by Delwinds public stockholders. Proceeds from the transaction will fund FOXO’s intended launch of proprietary products and services including life insurance accompanied by the FOXO Longevity Report that drive its distribution and services platform to create “Life Insurance Designed to Keep you Alive.”

Through commercialization of its proprietary saliva-based epigenetic biomarkers FOXO says it seeks to create a simpler, smoother, non-invasive life insurance underwriting process. The company says it expects its seamless saliva based underwriting process to provide enhanced protective value and represent a step-change improvement to the global life insurance industry.

“Our goal is to modernize life insurance by making advances in longevity science fundamental to the product itself,” comments John Sabes, CEO, FOXO. “This transaction is transformative in our effort to support the industry’s effort to modernize in the face of accelerating advances in science and technology to reach more consumers at a time when interest in life insurance is at all-time highs.” 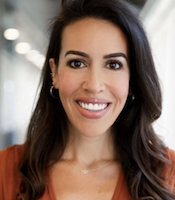 FOXO describes its epigenetic biomarker technology as designed to address the same underwriting questions blood and urine specimens have addressed historically. “Epigenetic biomarkers are chemical modifications, called DNA methylation, that alter gene expression from external stimuli such as lifestyle and environment,” a company statement says. FOXO explains that it derives epigenetic biomarkers by applying advanced machine learning to identify patterns of DNA methylation at over 800,000 (CpG) sites along the epigenome that correlate to measures of health and wellness. FOXO says it uses micro-array technology developed and supplied by Illumina (San Diego) and machine learning technology developed and supplied by DataRobot (Boston) to commercialize its epigenetic biomarker technology. FOXO also develops technology that supports epigenetic science, including the Infinium Mouse Methylation Array, developed in partnership with leading technical experts, and the open-source bioinformatics software package MethylSuite. 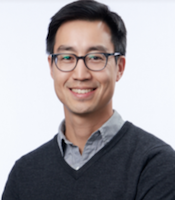 “We’re using technology to identify and address the same risk factors that life insurance companies currently seek to identify and address with current, more invasive techniques,” comments Erin Sharoni, Chief Product Officer, FOXO. “Our goal is for insurance applicants to soon be able to apply for life insurance and carriers will get the same, or better, risk information without engaging in a long, invasive process involving blood and urine specimen collection. Moreover, our modern technology platform may be used to help inform and direct consumers in supporting their own longevity. Epigenetic technology is creating significant opportunities in what is being called ‘The Biological Century’ to alter the trajectory of human health and lifespan.”

Science is beginning to accept aging is a disease that perhaps can be cured, adds Brian Chen, PhD, Chief Scientific Officer, FOXO. “FOXO is growing a portfolio of intellectual property around epigenetic biomarkers that correlate patterns of DNA methylation that measure individual rates of aging, health, and disease,” he says. “Beyond using saliva-based epigenetic biomarkers to measure the very things life insurers use blood and urine to test for today, we intend to further consumers’ understanding of aging and what they can do to extend their health span.”