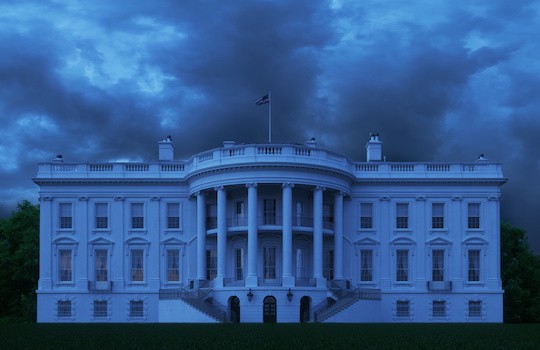 How might the presidential election results affect insurers as they think about their priorities and strategic planning for coming year? Matthew Josefowicz, President & CEO of research and advisory firm Novarica (Boston) took up that theme with some thoughts he shared with media contacts and others this morning. “Most insurers’ corporate strategy departments were reading the same polls as everyone else, and were planning for a Democratic administration with a possible Democratic senate,” Josefowicz said in his commentary. He detailed a few things that looked very very different this morning, and agreed to a subsequent exchange with Insurance Innovation Reporter:

Point One: Insurers can stop worrying about the Department of Labor.

MJ: A Republican administration is likely to reverse the pending DOL regs requiring investment product salespeople to act as customer fiduciaries. While this may still happen long-term, it’s unlikely to be implemented in the next two years.

IIR: How is this likely to affect the mood of advisors, some of whom threatened to change careers as a result of the rule. What other consequences do you foresee?

MJ: I can’t speak to the mood among advisors, but the mood among carriers dependent on advisor sales of retirement products was pretty gloomy. At best, the DOL regulations threatened to create a potentially unsustainable compliance burden for the retirement industry as well as heightened compliance risk. Some of the recent distribution divestures among large life/retirement companies were driven in part to avoid operating in this environment.

MJ: However flawed the ACA may have been in the industry’s eyes, at least it was a known quantity. With the incoming administration’s plans to “repeal and replace” facing no opposition, everything may be up for grabs again.

IIR: What are things insurers must do to prepare?

MJ: The main problem here is, no one knows. Republican rhetoric on “repeal and replace” has been extremely vague in terms of what might come next. One thing that seems likely is greater state control over Medicare, which may mean more privatization. But the overall calculus of the ACA, including politically popular elements like changes in underwriting models and minimum MLRs may be harder to change.

MJ: With Federal regulations likely to be eased over the next few years, powerful regulators in Democratic-leaning states are likely to get more aggressive. New York’s proposed cyber-security regulations may be just the beginning.

IIR: Might regulators not be doing insurers a favor, when all is said and done, when it comes to more rigorous cyber security standards? Hasn’t your recent research suggested that insurers haven’t been taking this issue sufficiently seriously?

MJ: Enhanced cyber security is good, but extensive compliance procedures sap resources that are badly needed to develop new customer-facing capabilities. Also, large states may expand their regulatory ambitions in other areas, not just cyber security. Insurers should keep an eye on things like restrictions on usage of data and analytics, or a drive towards community-based rating.

MJ: While the incoming administration has said they favor higher interest rates, market uncertainty, a global low interest environment, a rhetorical focus on jobs creation, and a Fed chair whose term lasts until 2018 may indicate that the current ultra-low interest rates will continue for the next few years at least. Insurers will remain in the double-bind of being resource strapped while badly needing to invest in new capabilities.

IIR: So, in short, we shouldn’t expect any significant change in the “new normal” of low interest rates just because of a new U.S. administration?

MJ: The amount of capital in the world has increased dramatically, and there’s more money than there is places to put it. With major economies offering negative interest rates, there’s little on the horizon that indicates a return to a “normal” rate environment.

Insurance IT Spending Prey to a ‘Foolish Consistency’—Novarica Report