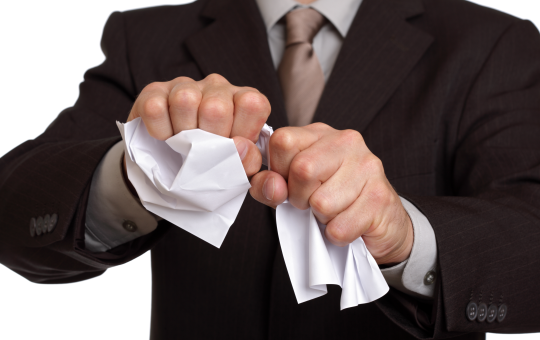 Forms, these days, are the Rodney Dangerfield of insurance. Our industry’s uber-connected, hyper-technology focused pursuit to improve the way we do business and deliver the ideal customer experience often overshadows the recognition of the fundamental importance of forms to this effort.  While known as a necessity of doing business, forms are no longer getting the respect they deserve.

While omnichannel, mobile, web portals, and cloud continue to be all the rage and get the lion’s share of the IT spend,  aren’t these really little more than modern methods to more effectively and efficiently deliver and receive forms, communications, and information to and from customers?

Could it be that insurance companies and many of their solution providers are fundamentally missing the point by not giving forms more attention? After all, no matter which of the modern vehicles delivers the communication, at the end of the day it is still a container with data –in simple terms, a form! Whether you are underwriting a new customer, renewing or canceling a policy, or at any process point in between, forms fuel the process.  But who wants to talk about forms? Yawn!

Forms may not be the most interesting topic, but they are essential, complex and intricately connected to your employees, customers, and systems. They have been called the face of the organization and the lifeblood of the business. Insurers simply could not do business without forms regardless of whether they’re paper or digital.

If we step back and recognize the importance of all things forms related, investing in a solid and enterprise-wide forms foundation should earn a higher position on the project priority list.  Forms should be given the same strategic importance that data and customer experience are getting these days. Unfortunately, given the Rodney D. effect, forms and forms movement are more often addressed in a piecemeal approach with a portal here, a silo there, and an occasional mobile app rather than through a holistic effort.

Given little enterprise focus on forms, in can also be difficult to get C-level insurance executives to recognize the value and current state of forms, and subsequently invest in how they are authored, approved, organized and how they move information in and out of core systems.

How and when did forms lose respect?

There was a time when there was a stringent forms discipline employed by insurers with forms authored by a “forms committee” to analyze function, process and data collection.  As the industry moved from predominantly paper-based forms to digital, forms were often programmed into core systems.  Over time, although not necessarily the plan, the move to digital forms put them under the jurisdiction of IT, largely due to coding requirements.

Today, for the most part, the industry is burdened with a plethora of forms still programmed into core systems and still managed and maintained by IT.   If a company is looking to be agile and responsive to customer and channel preferences, this approach hardly seems ideal.  Yet, here we are.

IT and Forms Ownership

Anytime there is a change to a regulation, an initiative to open a new business unit in a new state, or a marketing effort to leverage data to cross-sell/up-sell customers; you have to get in line at the IT door.  Unfortunately IT is often the busiest, most back logged team in the company.  And, since forms get little respect—well, you know the rest.

Does it really make sense to have IT manage forms? Do they have either the desire or expertise to manage them effectively?  While we slowly surrendered ownership of forms to IT as digital forms became more prevalent, we don’t have to leave ownership with IT. It would make more sense to put those who are knowledgeable about compliance, underwriting, claims and marketing in control with IT playing a supporting role. Why not reestablish the forms committee that worked so well in the past?

Having IT play a supporting role, rather than owning forms, would also go far in reducing and perhaps even eliminating the costly back and forth in emails, post-it notes, meetings and sneaker mail many insurers currently use in their forms processes.  Without forms management responsibility IT could focus more of their skill, time, and effort on other critical activities that truly require IT expertise and involvement.

Mapping a Forms Landscape and Strategy

Before an insurer goes down the path of buying a core technology solution that checks the forms requirements box with a built in form and document management system, they may want to invest serious time and money in a comprehensive analysis that will provide an accurate picture of their forms landscape and strategy.

Making forms an enterprise priority, moving ownership from IT to business, and making an investment in their long term well-being will once again give forms the respect they deserve. Forms can then best do their part in what the industry is focused on today: delivering the ideal customer experience and improving the way an insurer does business.