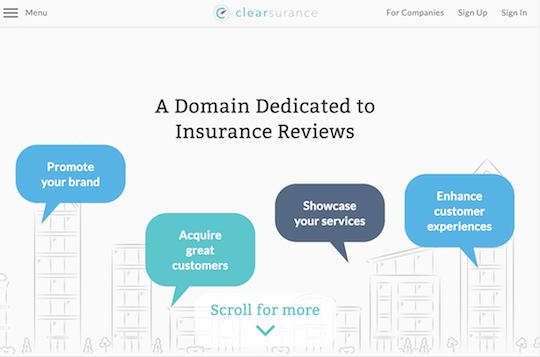 Clearsurance, a Newburyport, Mass.-based insurance review, rating and educational platform, has announced the appointment of Tim Anderson to its Board of Directors. Anderson will provide strategic counsel and direction to the Massachusetts-based startup, according to a Clearsurance statement. Anderson has nearly a decade of relevant experience from various product management positions he held at Glassdoor, the crowdsourced employment review and rating community. There, Anderson was responsible for product vision and execution for both sides of the marketplace—job seekers and employers—including all aspects of user experience, growth and monetization.

“Tim’s insights are critical as we prepare to launch a new version of our platform in the coming weeks and significantly grow our unique user base,” comments Michael Crowe, CEO and co-founder of Clearsurance. “His success growing the Glassdoor community to over 40 million users makes him an invaluable advisor to our team. Clearsurance, like Glassdoor, is growing rapidly while capturing customer sentiment. We’re thrilled to have him on board.”

Anderson currently holds the position of chief growth officer at Zapier, a service that connects applications and automates workflow. Prior to his tenure at Glassdoor, Anderson was a senior product manager for online photo management and sharing application Flickr where he focused on developing the community experience. Positioned to be the Glassdoor of Insurance

“Clearsurance is in position to be the Glassdoor, Yelp or TripAdvisor of the insurance industry, and I couldn’t be more excited to use my experience to help continue development of this community for consumers and insurers,” Anderson comments.

Founded by Crowe and Todd Kozikowski, Clearsurance launched in 2016. Today, the website has curated nearly 60,000 reviews on more than 370 insurance carriers in the home, rental and auto markets, according to the Clearsurance statement.