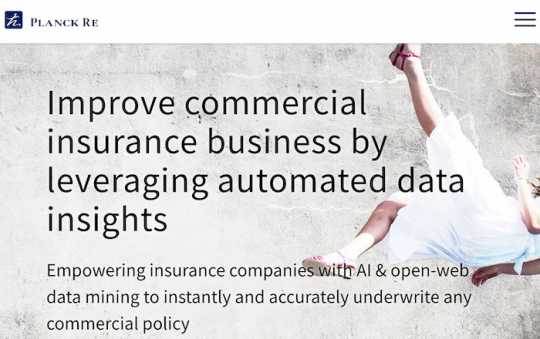 Prior to joining Planck Resolution, DalleMule was chief data officer (CDO) and head of information management at AIG. He joined AIG in 2013 to build and lead the data management function for the property/casualty business. In 2016 he took on the role of enterprise CDO and led the global insurer’s data transformation initiative. “After a thorough due diligence, my decision to join Planck Resolution is based on its exceptional talent, its robust AI platform and client base, and its ability to solve key data gaps most insurers struggle with—something I can attest from my own experience as Chief Data Officer of AIG,” comments DalleMule.

Founded in 2016, Planck Resolution announced its first funding round of $12M in July 2018. The company’s stated mission is to empower commercial insurers by generating insights that streamline the commercial underwriting process by aggregating small and medium businesses’ digital footprint, enabling insurers to instantly and accurately underwrite any policy. The round was led by Arbor Ventures and includes Viola FinTech (Tel Aviv) and Eight Roads (Bangalore).