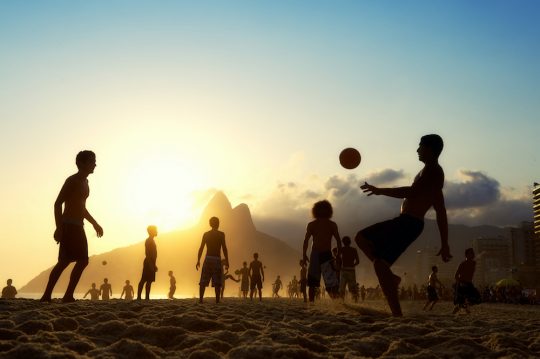 Curt Zimmerman arrived at Bradesco (São Paulo) in 2015 as a result of the company’s acquiring HSBC’s Brazilian operation, where he served as COO. He formerly held executive business and technology roles in several industries, at companies such as BRF, Unbanco, Booz Allen, and Daimler Benz. Zimmerman has turned out to be a very valuable acquisition himself, pioneering new technology applications and positioning Bradesco as an innovator in the market. Zimmerman, who today is Director of IT, Operations, Organizations and Projects at Bradesco, views emerging technology opportunistically, informing himself of emerging trends and driving awareness among his staff. He currently manages over 2,000 associates, including service provider staff, and strives to keep them informed about important technology-related trends, while also motivating them through events, awards and other incentives. Curt Zimmerman, Director of IT, Operations, Organizations and Projects, Bradesco.

Under Zimmerman’s direction, Bradesco recently launched Bradesco Seguros Celular (Cellular Insurance)—a mobile app that addresses all of a customer’s insurance needs. The app is designed for ease of navigability and is the first in the region to include an AI-powered chatbot. Zimmerman also recently led Bradesco’s Shopping de Seguros (Insurance Shopping) for online insurance purchase. The application functions as a sales channel, linking products from several verticals with a UI concept of a virtual shopping mall.

Bradesco has also undertaken a systems restructuring effort under Zimmerman’s leadership. The development of the company’s Integrated Insurance Platform is designed to consolidate systems, improve processes and enable greater speed in creating and changing business rules. One of the initiatives chief objectives is to facilitate the creation of an integrated view of customers through unifying and integrating customer databases. This initiative follows a post-merger restructuring of HBCS’s systems and processes, which resulted in cost efficiencies in the double digits. Zimmerman also oversaw the implementation of SAP to support Bradesco’s administrative and financial areas, compliance and provide a 360 view of policyholders.

Part of Zimmerman’s efforts to move Bradesco in a digital-first direction was the company’s Papel Zero (Zero Paper) initiative. Combining environmental and efficiency objectives, the project has avoided the printing of approximately 300 million pages of documents—the equivalent of 700 tons of trees—and established a completely digital document life cycle.