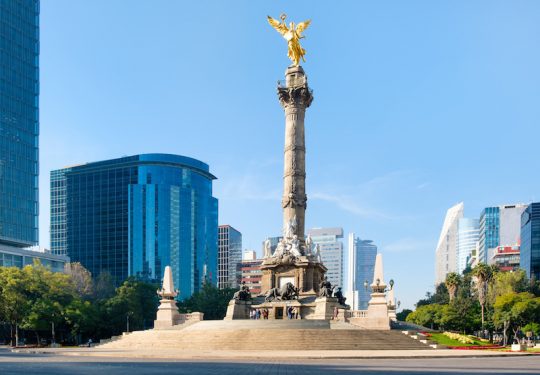 Few people could be better placed within their organization than Marcelo Ramírez, Executive Director of Operations at HDI Seguros (León, Mexico; a subsidiary of Frankfurt-based HDI Group). Over two decades, Ramírez has held multiple roles and has run major initiatives that have given him a view into many of the company’s departments, including Systems, Losses, Projects, and Quality.

When he came to HDI Seguros in 1998 as CIO, he undertook the renovation of what had been a very precarious data center environment and started the company on a course of technology-led modernization. Under his management, the company has explored the gamut of emerging technologies, has undertaken a program of full digitalization, has received the “One of the 50 Most Innovative Companies” badge from InformationWeek México for five years in a row, and has been certified on the ISO 27001 standard for four consecutive years.

As head of innovation, Ramírez built a laboratory that has developed new products, new channels and also constructed a platform integrated with the ecosystem of HDI’s distributors and suppliers. He has created a solutions delivery unit aligned to the business from the perspective of projects, processes, technology and talent; and he has established business strategy, taking responsibility to ensure that the business model, operational model and projects are aligned to it.

Ramírez has driven the goal of creating an integrated digital ecosystem that provides a customer experience with unique, personalized services to HDI’s policyholders. It’s three pillars are customer-centricity, service in the concept of digital interactions, and internal digital operations.

Among HDI’s recently launched digital solutions are Agent 360, an application for commercial executives to monitor the performance of their assigned agents in their smartphone; and Digital Adjuster, a service that facilitates the reporting of a claim to the insured without the need of a company representative or the creation of digital dashboards to monitor the main service indicators during an accident. The insurer also has created a Mobile Adjuster, which enables adjusting via smartphone; digital policy issuance (73 percent of HDI’s policies are now issued online); customer satisfaction surveys undertaken digitally and utilizing Big Data and IBM Watson for analysis; and HDI Digital App, which enables agents to quote, issue, and run analysis.

In addition to the self-service Mobile Adjuster, HDI’s digital claims capabilities include first notice of loss via web app for policyholders. The insurer’s IT organization has also undertaken back-office initiatives such as a program to improve efficiency and reduce costs; centralized evaluation of operations; a platform to analyze claims progress; and a platform for billing providers.

Beneath HDI’s digital strategy lies a technology foundation based in initiatives begun in 2010 that cover various stages IT governance, the establishment of a Project Management Office, ISO certification, and most recently, in 2017, business continuity and information security projects.

Ramírez has drafted plans to achieve digital options for all customer interactions by 2020, and complete paperlessness by 2023. As the company continues on its digital journey, it has either implemented or is in the process of studying a range of emerging technologies, including mobility, AI and machine learning, Internet of Things, Big Data, robotic process automation, blockchain, and virtual reality.

As Ramírez energetically drives his company’s technological evolution, he is seeking further academic qualifications. Having qualified as a Systems Engineer from the Technological Institute of Michoacán, Ramírez is currently pursuing a Master’s Degree in Finance at the University of La Salle Bajío.