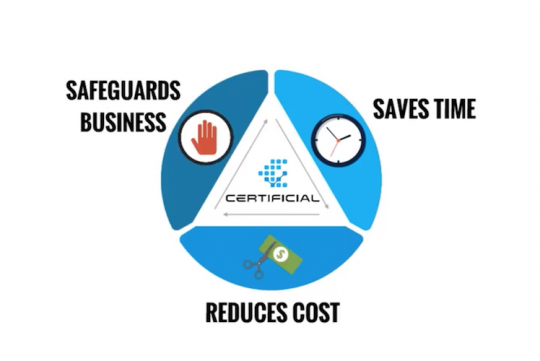 Digital certificate of insurance provider Certificial (New York) has announced today that Richard Magrann-Wells, a veteran of the banking and financial services technology industries, has joined the company as Chief Operating Officer. Launched in September 2019, Certificial provides what it calls an intelligent insurance verification platform that aims to change the way companies verify insurance. Integration with Certificial allows brokers, carriers, requestors and insureds the ability to interact on a single platform, reducing operational expenses and ensuring real-time compliance, according to a vendor statement.

Magrann-Wells most recently served as Head of North America for the financial services-related blockchain company Adjoint (London), before which he spent seven years as Executive Vice President in Willis Towers Watson’s Financial Institutions Group. During a 30-year career in banking, Magrann-Wells has managed sales, trading and structuring teams for some of the largest financial institutions. He held senior positions with Merrill Lynch, Wells Fargo and Citibank, focusing on areas such as foreign exchange, syndicated loans, capital structuring and emerging markets.

Depth and Diversity of Expertise

“We’re thrilled to have Richard’s depth and diversity of expertise in technology, insurance and financial services,” comments Certificial CEO Peter Teresi. “His 30 years of experience in finance and technology leadership positions will add tremendous value as we seek to achieve our goal of streamlining the insurance verification process.”

Magrann-Wells completed his Master of Laws (LLM) degree in Banking and Financial Law at Boston University and holds an MBA in Finance from New York University’s Stern School of Business, and an undergraduate degree in political science from the University of Southern California, Los Angeles. He received his law degree from Hastings College of the Law, San Francisco and has been a member of the California Bar since 1985.