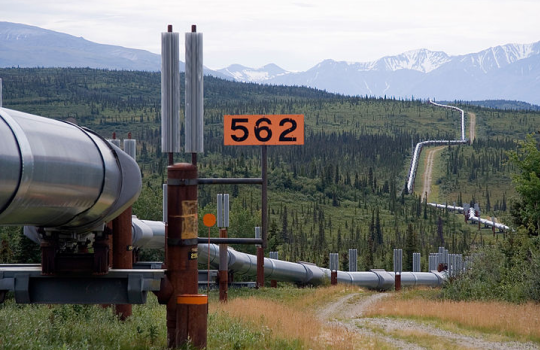 In the previous article we discussed how fiber optics can reduce insurance losses in the food industry through innovative monitoring of refrigeration units and related machinery. Temperature changes can also be a reliable indicator of pipeline leaks and other dangerous conditions in the oil and gas industry. Continuous temperature monitoring across long distances makes fiber optics ideal detecting pipeline issues before they become catastrophic allowing for early preventative actions and substantial risk mitigation.

As in the case of food industry loss control, pipeline monitoring can also be improved using distributed fiber optic temperature sensing, which detects the changes in photons caused by the effect of temperature on glass molecules in the fiber. These fiber optic linear sensors utilize the entire fiber length as the sensing device, allowing for a high level of flexibility in configuring the monitoring system to which they are connected. Temperature monitoring is one of several types of detection possible with fiber optics, which we discuss below.

In the United States, 2.5 million miles of pipelines, enough to circle the globe 10 times, transport oil and natural gas, providing two-thirds of the country’s energy needs. This network is expanding with increasing demand for natural gas driven by low prices and cleaner emissions.

Based on fatality statistics, oil pipelines are the lowest risk and most efficient means of transport onshore for point to point movement[1]. When a pipeline does fail however, the consequences can be catastrophic.  According to the Pipelines and Hazardous Materials Safety Administration (PHMSA), from 2010 to 2014 in the USA there were 1,407 pipelines incidents with 69 fatalities, 348 injuries and damages approaching $3 Billion. In 2013 a pipeline leaked over 20,600 barrels (865,200 gallons) in North Dakota and was not discovered until a farmer noticed the oil in his fields.  It caused the largest inland pipeline spill in recent US history. In September 2010 a gas pipeline leaked and exploded in San Bruno, CA, killing 8 people, injuring 58, and destroying 38 homes. The gas company’s losses approached $2 Billion.

Pipeline leaks and related accidents may be considered an inevitable side effect of the growing need for energy, just as the advent of steam power during the industrial revolution created a new unavoidable hazard—disastrous boiler explosions. In 1866, a year after the Sultana steam boilers exploded causing the ship to sink and 1,800 of its 2,427 passengers to perish, the Hartford Steam Boiler Insurance and Inspection Company was founded to reduce risk and losses through better boilers’ standards and detailed inspection.

150 years later remote fiber optic sensing systems including not only temperature (distributed temperature sensing—DTS) but strain (distributed structural monitoring—DSM) and vibration (distributed acoustic sensing—DAS) can be a critical factor in preventing loss of life and property caused by pipelines accidents. These fiber sensing systems monitor in real time the continuous length of standard grade optical fibers placed in proximity or directly on the pipeline for distances upwards of 70 km (44 miles) from the active sensing unit.

A DTS will detect where an oil or gas leak occurs. Gas and fluid leakage from a pipeline causes a temperature drop in the immediate area. Fiber optic cables installed next to a pipeline and connected to a DTS system will detect changes in temperature as little as 0.5°C (1°F) along the entire distance, pinpointing the location of a leak in real time with accuracy of 0.5 meters (1.5 ft).

A DAS will detect disturbances around the pipeline including intrusion and excavations by using the entire fiber length as a microphone, picking up minute disturbances caused by sound. The sensing system unit can be “tuned” to distinguished types of sound, for example, humans walking, vehicles driving, machines excavating well before any harm can be done. It can also detect leakage from a gas pipeline, a valve, or a joint by picking up the sounds created by the escaping gas.

Many conditions causing oil leaks, including ruptures and theft, often go undetected for hours or even several days, adding to the environmental damage and clean-up costs.  Multiple fiber optic sensing devices can be networked and connected to the existing control and monitoring systems, programmed to sound alarms when certain conditions are detected to drastically reduce or eliminate pipeline leakage related losses.

Catastrophic explosions of steam boilers in the 1800s and early 1900s were considered unavoidable, resulting in thousands of deaths and loss of property. The Hartford Steam Boiler Insurance and Inspection Company took the lead in 1866 by applying sound engineering inspection practices to reduce and prevent accidents.  The ASME continued the work, issuing its first inspection standard in 1884 followed in 1914 by the now-legendary Boiler and Pressure Vessel Code.

According to the US DoT, about 280 pipeline “significant” spills occur each year in the U.S. with loss of life, injuries, and loss of property. Fiber optic sensing, enabled by the connectivity of the IoT, can make the conditions leading to pipeline accidents predictable and avoidable. Mature and proven technologies for pipelines loss prevention are available—they can be implemented today and make oil and gas pipelines as safe as steam boilers.

In the final article we will describe how fiber optics can be implemented to reduce accidents and losses in another growing industry:

Part III: Fiber Optic Gas Detection for LNG operations:  In 2013 there were 42 LNG powered vessels in service.  DNV BV estimates that 1800 vessels will be in service by 2020, with some forecasts putting that number at nearly 10,000.  Natural gas is becoming the preferred fuel not only in the marine industry but for power generation and many other transport applications, requiring an extensive distribution, storage, and refueling infrastructure.  An LNG leak can rapidly create an explosive environment; many conventional sensing technologies are inadequate to accurately detect these conditions.  Fiber optic sensors can be effectively implemented for risk reduction by identifying the leakage location and the natural gas concentration in the surrounding environment.

The introductory article in this series can be read by clicking the following link: 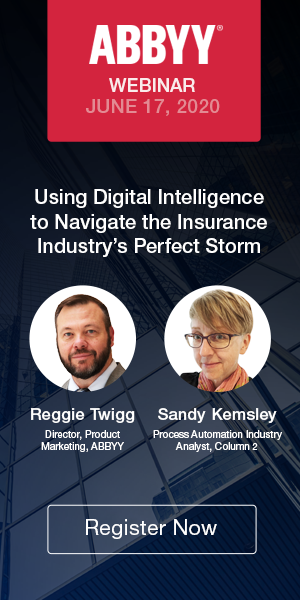