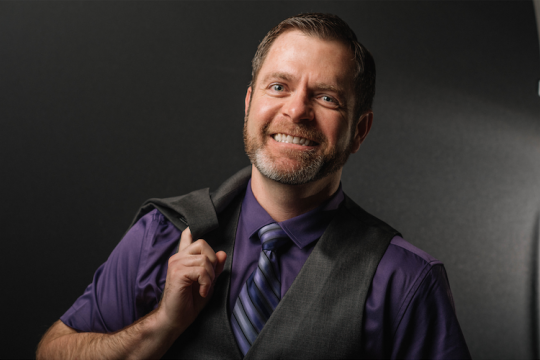 While large company CIOs often lead in technology adoption because of their access to resources, savvy small regional carrier CIOs understand that that technology matters as much to their customers and agents and can be an important vehicle for leveraging their advantages of market agility and reputation. Farm Bureau Mutual Insurance Company of Idaho (FBM Idaho, Pocatello) was an early experimenter in drones and IoT, and this week the company won an Innovation Award at Guidewire Software’s Connections user group meeting in Washington, D.C. FBM Idaho was recognized for an initiative integrating Samsung SmartThings with Guidewire PolicyCenter to enable fully automated enrollment, application of discounts and verification of select Z-Wave and Zigbee devices that empower customers to reduce and prevent losses via event monitoring and active intervention.

FBM Idaho, a Guidewire customer for nearly a decade, created a project to incentivize policyholders to install smart devices to detect, intervene, and prevent major accidents. Farm Bureau worked to integrate Samsung SmartThings sensors with Guidewire PolicyCenter to allow the system to track events on select Z-Wave and Zigbee devices and to actively respond to those events earlier than previously possible.

The initiative began with a question, according to CIO Adam Waldron: “What’s the one thing you can put your finger on and actually make an impact?” Auto accidents can be influenced only so far, and nobody can control the weather, so FBM Idaho saw a clearer opportunity in mitigating water damage. “Water is the one thing we’re able to measure and with IoT devices actually mitigate.”

FBM Idaho first experimented with water detection several years ago, deploying sensors in employees’ homes. “We had very positive results with several dozen devices deployed that detected and stopped water losses in our trial homes,” Waldron recalls. At that time FBM Idaho was uncertain as to whether to formally launch a sensor program—a question that was further influenced by the insurer’s home automation partner changing its business model. More recently the insurer began to study the potential of using Samsung SmartThings as a hub since it was widely available, popular and works with major standards, such as the those of Z-Wave and Zigbee. FBM Idaho decided that by using a widely available commercial hub interoperable with millions of available devices, it could offer insureds a discount on their policy and the purchase of the devices, while leaving them free to use the hub for other purposes.

“Our intent was that customers would be able to buy the devices from the store and enhance their smart home in the way that they wanted to,” Waldron explains. “We understand that our concerns as an insurance company don’t necessarily match those of a homeowner—they might want smart home to control lights, interface with speakers, etc.”

FBM Idaho built physical demo boards connecting the hub, sensors, water valve and pump. The insurer’s team demonstrated the operation of the system to garner buy-in to the initiative from stakeholders, including company leadership and agents. “They all thought it was a great idea, so we started slowly pursuing it,” Waldron says.

The team then created the integration with SmartThings. “Using their developer tools we developed an app,” Waldron says. “Then the question was how to automate. For that we used back end and APIs to load into Guidewire PolicyCenter.”

FBM Idaho’s customers who buy the SmartThings devices can enter their policy number and that will validate with the insurer and enable the exchange of data. “We wanted to be very safe and secure with data, so they have to opt into select devices,” explains Waldron. “We’re only accepting data from leak sensors and shut-off values and certain switches that can turn off power to an electric pump.”

Policyholders identify the specific devices that will send data and accept terms and conditions from FBM Idaho and Samsung. “We decided to collect the minimum data set in respect for customer privacy,” Waldron notes. “The only data we’re collecting is that which associates a policy number with a device type, the name and location the customer gives it, and its operational status—is it on or not.”

The data is then fed into PolicyCenter, which reads it and automatically applies a policy discount to that customer’s policy. “That’s the unique thing about this: we’re not just relying on customer trust, but we’re also validating that these sensors are operational and in good health. We’ll do the same at policy renewal.”

When the sensors detect a leak, Samsung automations take over, alerting through the app or through texting. The system will trigger the valve to shut off, showing customer whether it’s open or shut, as well as how long the moisture was detected, though the insurer does not collect that data.

In addition to taking a very conservative position on data collection, FBM Idaho is taking a wait-and-see approach about further functionality. “We could create an activity when triggered in [Guidewire] ClaimCenter to call on the customer or trigger first notice of loss if, for example, three sensors went off simultaneously,” Waldron says. “We could see how the response time aligns with overall loss cost.”