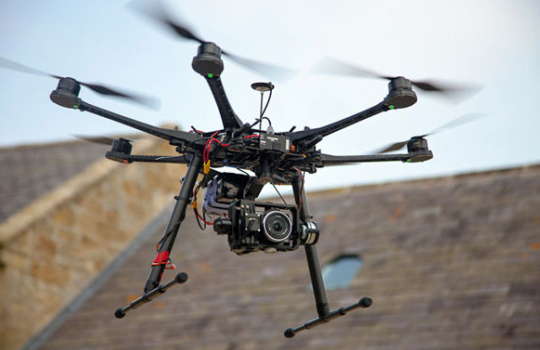 Insurers and the Drone industry have been waiting for Part 107 since previous to its release commercial drone operations were governed the FAA’s 333 exemption process.  With a 333 exemption insurers could use drones for commercial use but the rule set was cumbersome, difficult and expensive to comply with.

1) Provided clarity around when and how you can fly drones.

2) Dramatically reduced the overhead of using drones in day to day insurance operations.

Below are some other advantages:

Since 107 no longer requires a pilot with a manned pilots license to be flying the UAV, this greatly reduces cost and increases the potential UAV workforce.  An additional cost savings comes from  Part 107’s removal of the demand for a visual observer on-site for every flight.

Part 107 has cleared the way for many inspection uses cases around insurance.  Inspection, as a category is the clear “winner” when looking at how these rules will affect use.  Insurance companies can now do drone inspections during underwriting (ie. roof inspection, data verification etc.)  or post claim.  Drones allow for faster, cheaper and safer data capture. According to a report by the Centers for Disease Control and Prevention, approx. 34,000 people end up in emergency departments across the country due to falls from roofs and ladders every year. Falls remain a leading cause of unintentional injury mortality nationwide. Many of those workers are doing some form of inspection.

UAV inspections also unlock new data insurers can use to make better business decisions.  UAV’s easily can capture and create data like elevation maps which can allow you to see low points on a property incase of flooding.  They can re-create 3D models of buildings that are useful in reviewing claims.  NDVI imaging can show live vs. dead foliage to evaluate brush fire danger. Thermal imagery taken from UAV’s can show potential moisture under a roofs surface as well as air leaks.  UAV’s easily can create orthomosaic maps that can be used to accurately measure buildings and properties to verify sq footage and see the distance between structures for evaluating PML (probable maximum loss.)

Aerial capture from UAV’s can change the way insurers look at property risk.  Insurers need for this type of technology has grown rapidly with more severe wind and hail storms across the country.  States such as Texas have seen massive increase in hail activity and UAV’s can help insurers by inspecting for pre-existing damage and responding quickly to storm events.

UAV’s can make insurers more effective during both the underwriting and claims processes.   As Part 107 has opened up the airspace for these inspection use cases, insurers can start improving their data collection and decision making with UAV’s.  The great part about Part 107 is that insurers don’t need to wait long to start using this valuable toolset.  August 29th, 2016 and all these benefits are right around the corner.