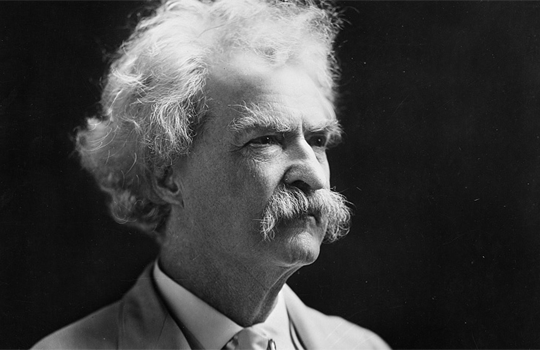 KJH: Thanks very much for this invitation to speak with you, Facebook; I’m honored, but kind of puzzled why you picked me… I’m not a big fan, you know.

Facebook: Well, I checked you out pretty thoroughly; doesn’t look like you pay much attention to me at all from the little I can see from your writing. Are you just unsociable, or what? But I hope that means you’ll be relatively even-handed here. Because, frankly, I’m more than a little [p****ed] off lately; I’m [f***ing] mad…

KJH: OK. Really, I can’t imagine why. You’re by far the #1 Social Media site and you’re still growing; Zuck is still innovating, or at least continuing to introduce new “features.”

Facebook: Please  don’t do that; please don’t refer to the Creator as “Zuck” — God, I hate that. Show some respect.

KJH: Got it, no problem. So, you’re mad, or you’re angry… about what exactly? Tell you the truth, you sound, forgive me, a little bit more whiny  than angry.

Facebook: Hey, I’m still a teenager, you know. Give me a break. I’m allowed to be a bit, what do you grown-ups call it, snotty.

Besides, I thought you kept up with this [s**t]. You haven’t seen this so-called “study” by Gallup from a few days ago? Picked up by the Journal, TIME, who knows what other pubs, and half the Social Media Guru population on Twitter — basically saying I’m irrelevant, at least when it comes to influencing peeps on the site, I don’t really influence sales. [Ch***t], drive a dagger in my heart, why don’t cha? Oh, and hey, I’m not Social Media and Social Media ain’t me. Anyways…

KJH: Well, yeah, I did read about it on Twitter but I didn’t pay much attention to it. I mean, this kind of brouhaha happens every couple of months, if not every couple of weeks. Why worry?

Facebook: Why worry? Who do you think I am, that knucklehead from Mad Magazine? See, I read, too.

KJH: Yeah, but is this something you really  want to worry about? One more tempest in a teacup?

Facebook: Yes, [God*****t], I’ve got advertisers, you know, MARKETERS — and these guys freak real quick. The Creator already killed their organic traffic, now  we’re wasting their money on ads? The Creator is never happy when this kind of [s**t] hits the fan.

KJH: But my understanding is that this study…

Facebook: Is seriously flawed? You bet it is, Jimbo. Jimbo, is that what the J in your initials stands for?

Facebook: Anyways, yeah, the “study” is flawed, serious flawed. Let’s start with the fact that the data that good ol’ Gallup uses is ancient — I mean, we’re talking December 2012, January 2013. You saw that great piece by Chris Heine in Adweek? “State of the marketplace,” my [a*s]…

KJH: Yes, I saw it: “In the disruptive world of online marketing, 18 months is a virtual lifetime ago. Nearly every social media platform has gone through significant changes since Gallup collected its data.” Those were not exactly the best months for you, either, if I remember correctly.

Facebook: Well, yeah, no [s…t] Sherlock. I mean, this was only a few months after I had officially “become a man,” you know, went through the IPO, which as it happened everybody  was [p****d off] about, I mean everybody, especially the Creator — not what he was expecting at all.

Sure, I had “become a man,” but I was still really a baby in some ways: The expectations were so high, especially around mobile. And yeah, we hadn’t immediately gotten that right, okay? The Creator’s guys, I don’t know, they just didn’t seem to glom on to how important it was to get mobile right. And we got it pretty much right now, OK

KJH: OK, so what else is bugging you?

Facebook: OK, it’s not just old data, it’s also bad data; GIGO, you know, garbage in, garbage out. Didja see that other great piece, the one on forbes.com by Roger Dooley?

I mean, this guy wasn’t the only guy who picked up on this — that the Gallup data is “rubbish” — I think everybody who knows anything about surveys probably figured this out: You don’t ask people why  they bought this or that, did this or that, because people mostly have no idea why  they bought this or did that, they just don’t. And they certainly ain’t going to say it was because they saw an ad on TV or on me. So, GIGO is what I say.

KJH: “The problem with this particular data is that asking people to self-report why they bought something is doomed to fail. People are almost always incapable of accurately identifying the reasoning behind a purchase…. Ask Budweiser drinkers why they choose that beer, and I’d guess most would cite ‘taste.’ Few, if any, would cite “brand advertising…”

That’s fine, but what about the bigger picture here: Do you, does your advertising — does Social Media — positively influence purchase decision-making or not?

Facebook: Well, of course it does. Maybe the Gurus can’t figure it out ’cause there are so many other factors involved but, c’mon, do you really think advertising — brand exposure— doesn’t work? And aside from ads, do you really think that people seeing their friends talk about stuff they like, stuff they bought, doesn’t influence those friends? I’m not saying guys go running out the door shouting they’ve got to go buy some life insurance or some such [s**t] because Madison or Chase just posted about it…

KJH: Well, thanks for that, I guess you really do some real reading after all… Mad magazine, Surveying stuff, Gilbert Ryle and…

KJH: So you just want to leave it that “advertising works”?

Facebook: Well, no, I want to know why people are so quick to jump on GIGO [s**t] like this? Why they want to bring me down? Build me up, yo, and then tear me down? I don’t know, man, but they gotta do better than ancient data, rubbish data, don’tcha think? Why they gotta keep picking on me?

KJH: There you go again, kind of whiny, huh?

Facebook: Maybe but hey, did you see my man Nate Elliott’s blog piece? Guess what, and I quote: “The sky is not falling. Facebook does not have a problem attracting or retaining teen users.” That’s “bottom line,” Nate says.

KJH: Well, another subject for another day. But, by the way, wasn’t it “your man Nate” who did that piece a few months back that put you at the bottom of the pile — a pile that admittedly he gerrymandered — of sites that marketers were disappointed in? And this new piece, these glad tidings about teenage Social usage, is it really all that more dependable than Gallup?

Facebook: Actually, my friend, yes it is; it’s not GIGO, it’s “recent” data and it’s NOT “why” data; it’s “what’ data and “how much” data. What can I say? Nate has seen the light — at least for today…