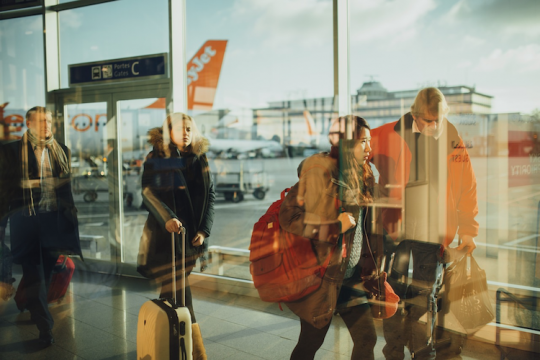 “AIR’s model-based estimates account for uncertainty and underreporting,” comments Dr. Narges Dorratoltaj, senior scientist, AIR. “Mild to moderate symptoms are the types of cases least likely to be captured in the official numbers, but even for severe cases and deaths, it is likely that there will be underreporting.” According to the World Health Organization (WHO), as of 10 a.m. ET on March 2, 2020, there were 89,527 confirmed cases of the novel coronavirus COVID-19, and 3,056 deaths worldwide, and as of this morning, March 3, confirmed cases have risen slightly to 90,893, with 3,111 deaths; Actual counts are likely to be much higher due to significant underreporting. On Friday, February 28, the WHO raised the global threat level from “high” to “very high.” According to a WHO update yesterday, March 2, efforts at containment have been showing success in slowing the spread of the virus in China. At this point, transmission of the disease outside of China is increasing substantially in countries including South Korea, Italy, Iran, and Japan, with increases expected in more countries.

As of March 2, 67 countries reported confirmed cases across every continent except Antarctica. The country most affected by the outbreak has been China, which has reported 80,174 cases and 2,915 deaths as of March 2. The number of new cases in China is reportedly declining due to early and aggressive containment measures—the spread of the disease is reportedly the lowest since January 22. Outside of China, a total of 9,353 cases of COVID-19 have been reported, with 141 deaths as of March 2. The next largest outbreak is in South Korea with 4,212 cases and 22 deaths, followed by Italy with 1,689 cases and 35 deaths, Iran with 1,501 cases and 66 deaths, and Japan with 254 cases and 6 deaths. Smaller clusters and isolated cases have occurred in 62 other countries; of these, 43 have reported 10 cases or fewer, 17 have reported only one case, and several appear to have contained the virus, with no new cases reported in the last two weeks.

Current observations suggest that a high proportion of infected individuals with the novel coronavirus, COVID-19, develop very mild and nonspecific symptoms. Therefore, they may not seek medical care and may not be counted in the published figures. Moderately symptomatic individuals usually experience fever, fatigue, and dry cough, and may ask for medical care. The current estimate of people who have developed severe symptoms ranges between 8% and 20%; these severe symptoms include pneumonia, shortness of breath and, in more complicated cases, acute respiratory distress syndrome, arrhythmia, and shock. Intensive care unit (ICU) admission has been higher among people over 60 years of age with pre-existing comorbidities. There is high uncertainty around the fatality of the disease; however, it is estimated that COVID-19 has a higher case fatality rate (CFR) compared to seasonal flu (~0.1-0.4%) and a lower CFR compared to the 2003 SARS outbreak (~5.0%-10.0%). The current estimation for the average CFR ranges between 0.5 percent and 4 percent. According to China Center for Disease Control (CCDC)  among more than 72,000 patient records, with 86 percent of cases between 30 to 79 years old, current estimation for CFR ranges between 0.5 percent and percent. CFR is estimated to be more than 5 percent for individuals with pre-existing conditions such as cardiovascular disease, diabetes, chronic respiratory conditions, hypertension, and cancer, and more than 8 percent for people older than 70 years old.

“Based on projections from the AIR Pandemic Model, we estimate that this may represent a moderately conservative projection of cases; the vast majority will be asymptomatic or have mild symptoms,” comments Dorratoltaj.

Currently there is no specific treatment available for the disease other than supportive care. There are some antivirals and other treatments currently being used to treat patients. So far, fatality is most common in older patients, with more than 80 percent of deaths occurring in people over 60 years of age, more than 40 percent of whom have one or more pre-existing known co-morbidities, including cardiovascular disease, diabetes, and malignancies. It is also important to note that people who are more than 60 years old are generally at higher risk for any type of pneumonia and not just COVID-19 pneumonia. For these reasons, an overall increase in cases of the virus does not imply a commensurate increase in fatalities.

“In countries with robust healthcare systems, any imported cases would most likely be contained with few or no transmissions to additional people—provided that cases are rapidly identified, and appropriate infection control protocols are followed,” Dorratoltaj says. “However, the current increase in the number of cases in some countries outside of China shows that there has been silent transmission that started in clusters and expanded to communities before health officials were able to contain them completely.”