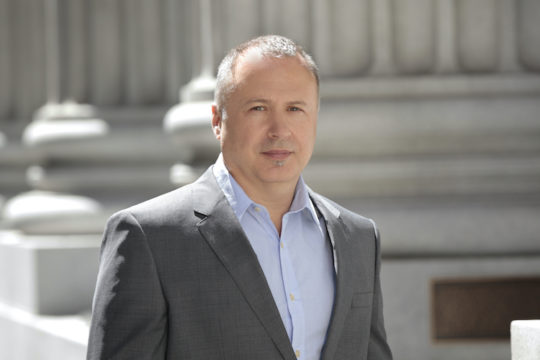 Shortly after Lemonade’s (New York) announced the completion of its acquisition of pay-per-mile pioneer Metromile at the end of July, EIS (San Francisco), a global core technology and digital insurance platform provider, announced that it had acquired from Lemonade Metromile’s vendor business Enterprise Business Solutions (EBS). Formally launched in fall of 2021, EBS’s offerings include a SaaS-based claims automation and a fraud detection solution.

In its announcement about the acquisition, EIS said the EBS assets will greatly expedite its continued acceleration into new markets, bolstering its data science capabilities while offering additional InsurTech solutions to current and future customers. EIS added that it would continue to build on EBS’ advanced technology and apply the same to additional applications, product verticals, and geographies that EIS serves globally.

In addition to finding the simple fact of the acquisition interesting, we were interested in how it might be related to EIS’s capital raise of over $100 million in mid-2021. Having enjoyed talking to EIS CEO Alec Miloslavsky in the past, we were delighted to have the opportunity to ask him about the acquisition.

Insurance Innovation Reporter: What was the thinking behind the acquisition of the EBS assets?

Alec Miloslavsky, Founder and CEO, EIS: The first thing was simply the opportunity it presented. Secondly, the technology is very good, proven at a very significant scale. And it’s complementary to EIS. There are several different components, but the two that are most mature are a claims front-end—the FNOL front end and all the related technology with it—and also the fraud detection capability.

The EBS team put in a huge amount of effort to build both pieces. They had what I would call a maniacal approach to streamlining the front-end user experience, and as a result, it’s totally superb. The data science piece—the part that does fraud detection—is a novel direction for us; it’s an additional product line. I view it as the first step to building a complementary data science product road map. And while the FNOL/claims piece today works with multiple third-party claims systems—which includes implementations on top of our competitors’ systems—it’s a very straightforward integration with us as well. We will continue to market that on a standalone basis because it’s valuable whether it’s part of our product line or not.

The data science component and the knowhow it represents gives us an additional incremental roadmap which we can utilize, given that we’re a core systems provider with access to data. But also, because our core technology spans across multiple product lines, not just P&C product lines but also non-P&C. Taking that knowhow and applying across the front lines of business is definitely something we’re interested in doing.

IIR: Has EIS developed a plan to do so?

IIR: You mentioned the complementarity of the EBS assets to EIS core technology. Could you elaborate?

AM: We have a claims front end and back-end processing. The front-end’s strength is in tooling. To date, we have used that tooling together with a customer to optimize their FNOL process, as opposed to coming in with something that’s a starting point out-of-the-box. So, taking this kind of a front end, something that a very focused team had spent an incredible amount of time building and optimizing based on real live data—with a set of customers with very large scale—adds another dimension to what we do in the claims area.

Typically, we will come in without ave customers or real live measurements. As a systems provider, we don’t provide data, this sort of gives us an additional dimension that allows us to be even more efficient in our engagements.

IIR: You seem to be describing an important qualitative difference in that complementarity.

AM: Yes, definitely. The other important side effect is that it can be deployed not just with our system but standalone as well. So, it gives us an additional quick win in terms of engaging with the customer, even if they have a competitor’s system. It gives us the ability to offer something we couldn’t do before in that situation.

IIR: EBS hasn’t actually existed very long as such. Metromile launched it as a unit in the fall of 2021.

AM: Yes, not that long ago. They have had a few public wins, and their pipeline is extremely attractive to us as well. There are some intersections between their pipeline and our customer base and pipeline, so there are a lot of synergies from a business development point of view. It’s a very young system, and it’s very advanced technically. They used the same stack to build it that we used to build our platform, so it won’t take a tremendous amount of work on the product side to achieve synergies. Because it’s so modern, it’s very highly differentiated on a standalone basis as well. Also, there was a cultural fit between the team. So, a lot of things looked right to us about this transaction.

IIR: EIS hasn’t disclosed the terms of the acquisition, but could you say something about how significant is this acquisition as an allocation of capital on the part of EIS?

AM: We haven’t been allowed yet by the terms of the deal to talk about it, but it’s a medium-sized team, it’s not too large. And obviously, given that this is a business directly in our vertical, it’s something we’ve been doing before in the general area. There are a lot of synergies from a sales, marketing, and road map point of view. We get to leverage our infrastructure of an enterprise software vendor, as opposed to having this technology being lodged inside an insurance company. So, there is really a lot of benefit both for this product line, their customer base and for us.

IIR: How might the acquisition be related to the growth investment EIS received in mid-2021?

AM: We raised over $100 million from TPG, a PE firm. We have been extremely judicious with spending any of it on acquisitions. This is in fact our first acquisition since the company was founded. At the company’s founding, we made a few acquisitions but not again until now.

The main driver of the acquisition of EBS was the fit in all respects. We have companies in our space that are trying to diversify and go beyond their intended customer base and market, collecting [through M&A] essentially standalone businesses—that is not the case here. There’s a very good fit both technically, in terms of customer base and from a road map perspective.

IIR: Does it make sense to view this acquisition as a major strategic departure or a moderate strategic move in the wake of the TPG investment?

AM: The capital raise has very little to do with it. If we didn’t raise the capital, I would still have attempted to make the acquisition given the business sense of the opportunity.

IIR: So the capital raise was more about the long term road map objectives you’ve talked about, but this acquisition just happens to fits in with that very well?

AM: Precisely. It wasn’t like, “Ok, there’s the money now we’ll make acquisitions.”

IIR: You, now that’s not exactly unheard of!

AM: Yes, I know, it is a business model! It isn’t ours. In general, given that we built our platform organically from scratch and it has a very substantial footprint, it’s difficult for us to acquire. It has to really be a good fit—because acquiring another technology company and then decommissioning something and force-feeding it isn’t sensible. And then keeping it standalone entirely, and not leveraging the technology to further our road map, that’s not our business either. So, it had to be something that’s kind of both so we can continue to market standalone and progress its roadmap while also having a very good fit with our product.

There is that intersection around data science specifically. That’s not the business we were in before. Different components accelerate us or allow us to do more faster and better things. This is something we haven’t done before. It is definitely the beginning of an additional line of products for us.

My hope is to leverage our position, both as a multiline platform and as a kind of core technology platform, to come up with additional data science applications.

IIR: So, an opportunity came about, it was a lucky one for you and you seized it. It was not so much about pursuing a particular kind of differentiation.

AM: You’re exactly right. However, for a while we’ve been trying to apply this kind of technology to what we’re doing. A while ago we participated in an AI competition and built a team to build a fraud detection framework.

It’s always a chicken and egg problem. You’re coming to a customer and telling them, if you have the time and willing to give us your data, we then can make very interesting improvements for you using a data science approach. It’s a completely different situation when you’re coming from the point of reference when you know you have a particular level of improvement on live data and the customer is using it. The credibility is completely different—not to mention that there is a team, a product and approach as opposed to a blank sheet of paper. We had looked at it before but were never able to create a sufficient amount of traction with our customers, nor did we have sufficient focus internally. This gives us both.

IIR: Given that EIS availed itself of this opportunity that appeared, how does it differentiate you in the market relative to your competitors?

AM: I think it enhances our core proposition in that, ultimately, this technology is not magic. It gives our customers a tangible improvement in terms of automation somewhere. That is our core value proposition with our core platform. So, it enhances us and plays to our strengths and puts more distance between us and our competitors in the technology area.

That’s the way I view it. It definitely gives us an additional dimension in that this technology can be applied even if the customer is already using a competitor’s platform. So, there’s a tactical advantage for us, but in terms of overall strategy, I think it puts more distance between us and everybody else. And we already have a substantial advantage, in our opinion.

EIS Secures Growth Investment of over $100 Million from TPG