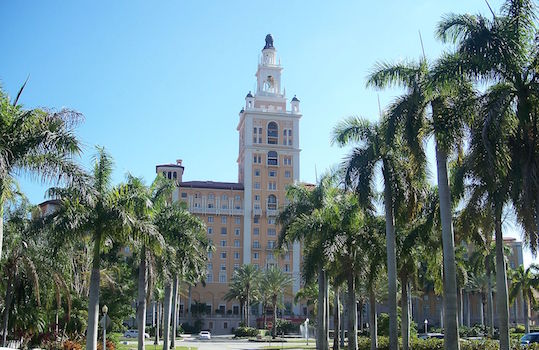 Effisoft USA launched in 2013, seeking to take advantage of an underserved reinsurance systems market, which had seen relative neglect during the great migration to packaged core insurance systems during the 2000s. Having debuted with only a few American client, the firm now serves half-a-dozen U.S. insurers directly and as many more indirectly through local partners. As a result of this growth, Effisoft USA is now relocating its headquarters from Miami to Coral Gables, Fla.). Effisoft USA is a subsidiary of Paris-based Effisoft, which has provided reinsurance management systems to insurers in Europe, Asia and Africa for over 20 years.

Despite the heavy investment into core systems in the last two decades, insurers haven’t focused much of their budget onto their core reinsurance systems, and most are either using legacy technology or custom Excel spreadsheets to manage their reinsurance contracts, according to Jeffrey Goldberg, senior VP at research and advisor firm Novarica. However, in recent years the industry has seen relationships with reinsurers increasing in complexity.“It used to be the case that a reinsurance leader would dictate the terms of a contract for all reinsurers, but it’s now much more common for all reinsurers to negotiate individual treaty terms,” Golberg elaborates.“And reinsurers using third party data sources and better predictive analytics will result in further contract complexity. For many insurers it will no longer be feasible to manage cession with spreadsheets or inflexible legacy systems and this will mean core system transformation.”

Insurers who have considered modern system replacement for reinsurance systems have not had the same experience as those looking to modernize policy, billing, and claims, Goldberg adds. Vendors selling standalone reinsurance management systems to North American insurers tended to either have a large client base but legacy technology, or they had modern technology but a limited North American client base, he explains.“Neither option resulted in insurer confidence,” Goldberg says.“The good news is that this has been changing, with more modern vendors making client inroads and more legacy vendors releasing modernized systems, so there will soon be some interesting shifts in which vendor the industry considers the reinsurance management leader.”

“Our growth has resulted from a proven product that satisfies the requirements of the U.S. market, including the ability to handle catastrophe bonds,” asserts Grégory Moliner, CEO Effisoft USA. “Hundreds of North American insurers still use spreadsheets for reinsurance management. They need a real solution, and they’re turning to us.”

To meet increased demand in North America, Effisoft has also added five IT professionals to support users of its WebXL system. Among the new team members are a senior professional services engineer, a senior business analyst and a technical team leader with expertise in both insurance and software development.

Moliner attributes the company’s rapid growth to both pent-up appetite for reinsurance transformation and the fact that the vendor’s WebXL systemautomates every aspect of reinsurance management. He asserts that carriers using the system are able to: “With the right team in Florida and a proven product, we look for steady growth for many years to come,” Moliner predicts.