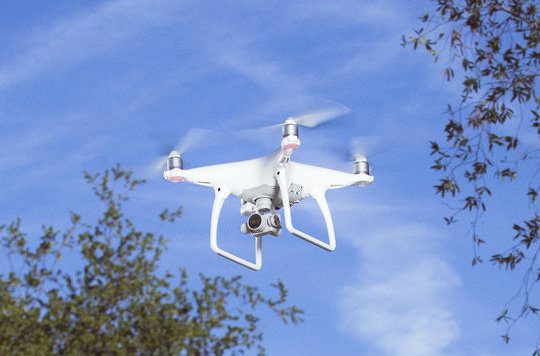 The insurance business has a big problem of a demographic nature. The average age of an insurance agent in the United States is 59, according to a 2015 report by McKinsey and Company. Those agents aren’t getting younger, and most importantly, they are in large part not being replaced by new agents. Insurance, according to a report by the Hartford, is largely seen as “old-fashioned” by millennials; only 4 percent of 18 to 34 year olds would even consider insurance as a career. According to studies by the Jacobson Group and Deloitte, nearly half of all staff in the insurance industry will retire within ten years; by the end of this decade, there will be 400,000 open positions, and finding talent to fill those jobs will be a “major challenge” for the industry, according to PwC.

And forget about getting robots to do those jobs; robots and automation, says PwC, “cannot replace the qualitative judgment that is necessary for effective underwriting. Therefore, it is vital for insurers to develop a performance-driven culture that enables the recruitment, development, and retention of younger underwriting talent.” In other words, the industry has no choice but to try and attract large numbers of young people who ostensibly have no interest in an “uncool” business like insurance. What’s the solution?

Simple: Make insurance cool. And one way to do that is with drones.

That drones are increasingly being used in insurance—and that the trend will only grow—is no secret.

In April, Allstate announced it was using drones to inspect homes in four states in advance of the wind and hail storm season, examining the state of properties in advance of claims that may be filed after storms. In September 2016, Allstate used its drone fleet in south Texas to conduct aerial examinations of damaged homes. According to Allstate chief claims officer Glenn Shapiro, “aerial imagery is key innovative technology that can improve the speed and efficiency of our property inspection process and help us deliver a faster, more modernized claim experience for our customers.”

Allstate is hardly alone; drones were used in recent months by Erie Insurance and ISO—and more companies are likely to take to the air, thanks to new rules by the FAA and new drones designed specifically for the insurance industry with lower costs (drones work for free) and ease of access (drones don’t have to navigate debris and police that may be blocking street access to claim sites in the event of a storm.) For car insurance claims, drones make a great deal of sense as well; accidents mean traffic, and it may take an insurance claims adjuster a long time to get to the scene of an accident. A drone can fly over the traffic, take all the photos needed to process a claim, and save the adjuster the time and expense of getting there.

Drones can also use cameras to record damage in real time with advanced network technology that can transmit video or images making work much more efficient; it’s estimated that drones could provide adjusters with the ability to process a claim in less than 24 hours instead of the 10-12 days it usually takes.

But the use of drones also means that drone operators are needed—and here is where the connection to millennials comes in. Drone technology is an up and coming industry, and it’s the kind of thing that could attract young, up and coming people. If we frame the insurance industry not as an “old person’s” industry, with old agents selling policies to older people who are concerned about their old age, but as a technologically advanced industry on the cutting edge of tomorrow, we may just be able to attract the talent needed to fill those 400,000 positions.

And it’s not a snow job: sales and adjuster work is, of course, an important aspect of the industry, but so is big data management (for up to the minute actuarial data), and there is a huge shortage of qualified people in insurance doing those jobs. Ditto for managing the data from connected cars (another industry-shaking development), in which data about speed, road activity, and other information collected by sensors will need to be analyzed. Personnel will be needed to write and adjust custom software, and network and cloud experts will manage vast amounts of data. Digital health services, digital payments, data security experts, machine learning experts, blockchain experts, even 3D experts who will be able to reconstruct claim scenarios using advanced software—all of these are part of tomorrow’s insurance industry.

The Attraction of a ‘Pro-Drone’ Industry

These are the kinds of jobs millennials want—but most of them are woefully unaware that those jobs are available, and are going wanting, in the insurance business. There’s been a lot of talk about how drones will change society—for example, with companies like Amazon readying fleets of drones to deliver packages, replacing trucks and cutting down on pollution. But most of it is just talk; right now, drones are either being used by the military, or by 12 year old kids (or adults with 12 year old maturity levels) to spy on their neighbors. Insurance, in fact, is one of the first industries to make use of drones, and has the potential to be the biggest pro-drone business in the coming years. That’s the kind of public relations that can attract tech job-hungry millennials to the industry. Lower costs, less time wasted, and solving the personnel problem—drones may be the silver bullet insurance has been waiting for.