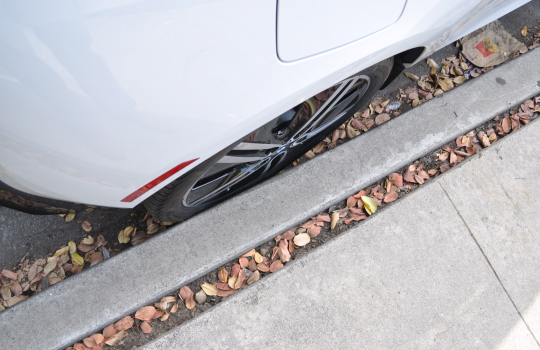 Recent testing by the AAA demonstrated that self-parking technology outperforms unassisted drivers in four key areas. However, drivers remain unimpressed: a newly published AAA survey found that 80 percent of American drivers are confident in their ability to parallel park, and only 25 percent trust self-parking capabilities.

“Autonomous features, such as active park assist, are rapidly being introduced into new vehicles, yet American drivers are hesitant to let go of the wheel,” comments John Nielsen, managing director of Automotive Engineering and Repair, AAA. “While the vast majority of Americans say they would not trust self-parking technology, AAA found these features performed well in tests and warrants consideration of new car buyers.”

AAA, working in partnership with the Automobile Club of Southern California’s Automotive Research Center, tested self-parking features on five vehicles: a 2015 Lincoln MKC, a 2015 Mercedes-Benz ML400 4Matic, a 2015 Cadillac CTS-V Sport, a 2015 BMW i3 and a 2015 Jeep Cherokee Limited.

Compared to drivers that manually parallel parked with the aid of a standard back-up camera, AAA found that:

The disjunction between drivers’ perceptions and the actual utility of self-parking technology should be seen in a context of rapid change, suggests Mark Breading, a partner at Boston-based research and advisory firm SMA. “We are in the midst of a shift to vehicles that are more and more automated, Breading notes. “Built-in capabilities like collision avoidance technologies are already having a positive impact on safety and are being factored in by insurers. The adoption rates for optional capabilities like self-parking features are less predictable—they will eventually serve to improve driving but may take many years to reach the tipping point.”

To put Breading’s point another way, it takes time to overcome consumers’ skepticism about new-fangled technology. That’s especially the case when the skepticism is partially justified. AAA has noted that while the tested self-parking systems performed well and parked quicker and more accurately than an unassisted driver, the technology is not without flaws.  Testing revealed that some systems parked the vehicles exceedingly close to the curb, leaving wheels and tires vulnerable to scratches and costly repairs.

“AAA recommends that drivers leave six-to-eight inches between the vehicle and the curb when parallel parking,” Nielsen warns. “With some systems leaving as little as a half-inch buffer, AAA urges automakers to increase this distance to prevent vehicle damage.”