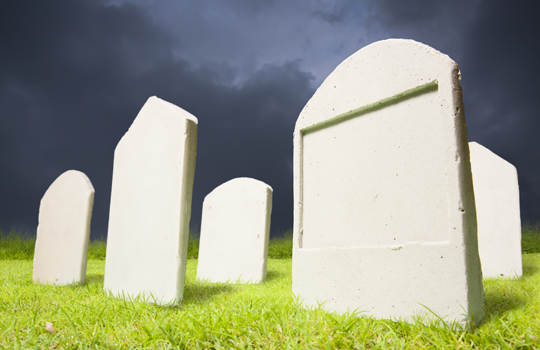 Bioethicist, author and activist Ezekiel Emanuel has some nice things to say about health insurance companies: they get the blame when it might be more fairly directed at provider organizations, drug companies and other culprits. However, the good news for the haters is that “you won’t have insurance companies to kick around much longer. The system is changing. As a result, insurance companies as they are now will be going away.” While Emanuel says the change is driven by regulatory causes – the Affordable Care Act (ACA) – his explanation involves description of technological capabilities that insurers must master in order to avoid extinction. While Emanuel’s interest is limited to healthcare and health insurance, the need for these capabilities also applies to life and P&C carriers facing non-traditional competition. Ezekiel Emanuel. Sure, he can smile.

In his recent essay published at The New Republic, “Insurance Companies as We Know Them Are About to Die; And here’s what’s going to replace them,” Emanuel says that health insurance companies are already evolving, but that the ACA has created new actors that will force them to evolve further or become extinct. These actors are accountable care organizations (ACOs) and hospital systems that will succeed over the coming decade at integrating all the components of care and providing efficient coordinated care. Emanuel writes:

They will have the physician and hospital networks. They will have standardized, guideline-driven care plans for most major conditions and procedures to increase efficiency. They will have figured out how to harness their electronic medical records to better identify patients who will become sick and how to intervene early as well as how to care for the well-identified chronically ill so as to reduce costs.

As these organizations are developing their control of distribution networks and patient information, Emanuel argues, insurers will retain a key skill that ACOs and hospital systems lack: the actuarial capacity to predict and manage financial risk. However, during the next decade those organizations can either develop or purchase that skill. When they do, they will become integrated healthcare delivery systems on the mold of Kaiser or Group Health of Puget Sound. Emanuel elaborates:

That leaves health insurers three options, according to Emanuel:

“First, they can refuse to change, in which case they will eventually go out of business. Second, they can shift their business to focus on offering services they have expertise in, particularly analytics, actuarial modeling, risk management and other management service.”

The third route is for health insurers to transform themselves into integrated delivery systems, just like the ACOs and hospital systems, but from their own functional starting point.

The particulars of Emanuel’s prophesy apply very specifically to the health insurance realm, and yet its broader lines apply to insurance generally. All insurers have a core competency of the actuarial capacity to predict and manage financial risk, as Emanuel put it. And P&C and life insurers potentially face competition from companies whose core competency is in data and analytics – think Google – or distribution (think Amazon).

Life and P&C insurers have traditionally sought to differentiate themselves on product, distribution and service, and still do. The question is whether, like health insurers facing competition with ACOs and hospital systems, the capabilities of emerging non-traditional competitors are on the road to outstripping them in all but insurers core actuarial/underwriting product manufacturing competency.

And like the health insurers of Emanuel’s diagnosis, life and P&C companies can refuse to change and eventually go out of business. That seems an unlikely course for the vast majority of life and P&C insurers who have been adapting as well as they can in the age of electronic commerce. These companies have demonstrated an awareness of their particular problems of siloed systems and contract- rather than customer orientation. And if they’re open to criticism in that regard, it might be for the slowness of their progress.

Life and P&C insurers responded reasonably quickly to the emergence of the Internet as a business channel, and they have reacted even more rapidly to catch up with anytime/anywhere computing. The next great challenge will be the data- and analytics-driven era of pervasive computing and “the Internet of Things. In the case of the Internet and consumerization of technology, insurance has striven to catch up with the adoption of technologies and adapt their peculiar systems environments to the challenges those technologies present. In the case of pervasive computing, insurers face potential competition from entities already far advanced in capabilities that insurers may never be able to duplicate. And the predicament is worsened by the fact that the most prominent potential competitor – Google – has taken an interest in insurance. As Denise Garth reported in an SMA research brief titled “Google and Insurance: Far Reaching Implications,” the online service provider has made a number of moves within the last few years that have bearing on their evolution as a potential competitor to insurance carriers. For example:

• In early 2011, Google acquired UK auto insurance aggregator BeatThatQuote.com;
• The following year Google launched Google advisor, a comparison site for auto insurance in the UK;
• Google is the pioneer of the driverless car, which Donald Light of Celent, among other observers has said could drastically affect auto insurance premiums;
• The company has founded the Open Automotive Alliance (OAA) to promote a standardized computing platform in cars;
• With the acquisition of Nest Labs, Google entered the realm of remote sensing and control for domestic and commercial environments, involving technology which could serve as a source for risk mitigation and pricing;
• Google recently announced that it was developing contact lenses that can measure glucose levels in diabetics’ tears – an example of applying the Internet of Things to human health concerns.

Life and P&C insurers have demonstrated a willingness to change – if not at the velocity some would hope – and so complete extinction is a correspondingly less likely fate among the three options in Emanuel’s prediction. The question remains whether option two or three is more likely.

In an analogous option-three scenario, life and P&C insurers adopt the capabilities that ensure that they remain competitive in the three essential competencies: product manufacturing (the core actuarial/underwriting competency), distribution and service.
What life and P&C insurers have to consider today is whether that outcome is as likely as option two, where insurers are reduced to the product manufacturing role, selling their core actuarial and underwriting expertise to companies that vastly outperform them in distribution and service. However, Emanuel also referenced the equivalent of a fourth option earlier in his essay, which is that non-traditional competitors such as Google will simply buy the core insurance product manufacturing capabilities to add to their distribution and service expertise. And in the case of Google, expertise in data analysis is already core.

It’s hard to say what time frame within which this business evolution is likely to play out. Probably more than a decade, even with an accelerated pace of change. But one grim factor to consider is the unfavorable comparison between the velocity of innovation at insurance companies and that of Google and other non-traditional competitors.

On the bright side, actuaries and underwriters may be able to find a job at Google.