Tim Peterson has been named senior VP and CIO of CUNA Mutual Group (Madison, Wisc.) effective Feb. 16. In this role, he will be responsible for leading the company’s IT teams and supporting the organization with an enterprise technology strategy, solutions and systems to help drive the company’s long-term strategic plans. Peterson replaces Rick Roy, who is retiring. 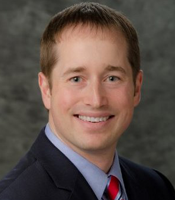