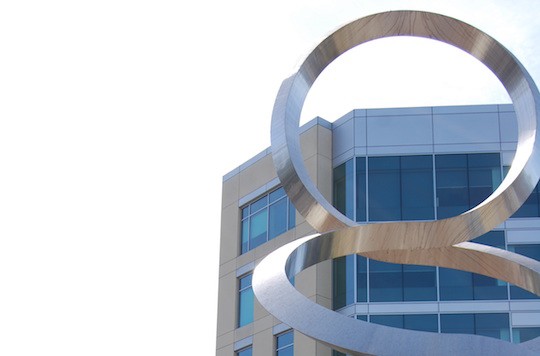 Paul Acevedo, CSAA’s CIO since 2018, still finds himself saying that he’s new to the industry, even though he joined the Walnut Creek, Calif.-based company as Chief Technology Officer in 2010. Maybe that’s partly because time flies when you’re having fun. Probably it’s also because he brought an outsider’s perspective to an insurance company, and the insurance industry is yet to complete its transition from legacy processes and technology. An engineer by training, Acevedo worked in a number of technology startups from 2000 to 2010. “I held the role of product manager, so I tend to look at the world through that lens,” he says. “I tend to think of the technology organization as building products and services to support the overall organization and its strategy.” 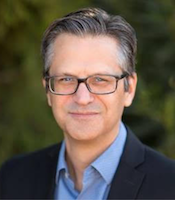 The opportunity to work in the insurance industry “came out of left field,” Acevedo recollects. “I thought, ‘I’ll do this for a couple of years and go back to the tech world,’” he says. “But then I found that insurance was much more interesting and challenging than I had thought.”

As CTO, Acevedo’s accomplishments include building out CSAA’s first usage-based insurance product, leading development of the company’s data warehouse environment and its first digital platform, and working with the company’s COO to build the insurer’s Business Architecture organization. He describes his mission today as helping to make CSAA a technology company that sells insurance.

“Our CEO Tom Troy talks about this as part of CSAA’s overall strategy,” Acevedo notes. “The way I think of it is that, at the heart of delivery and development, our product is technology.”

To illustrate the role technology can play in the success of an insurance enterprise, Acevedo cites how Southwest Airlines succeeded in its market. “They are known for customer service, but they won by becoming outstanding at operations,” he says. “Their operational efficiency ultimately translates into pricing power and profitability.”

Acevedo describes operational efficiency as a fundamental success factor, but while necessary not sufficient in today’s world. In order to capture and retain employees and agents, carriers need to deliver new experiences that matter to today’s consumers, and the InsurTech movement is providing opportunities to do so. The bottom line, Acevedo asserts, is that technology must be a core competency of an insurance company. “You need to be able to build compelling products more efficiently and effectively, delivering best-in-class experiences and using data that allows you to understand customers and risks as well as or better than your competitors,” he says.

That core competency must influence the entire company, in Acevedo’s view. Ultimately, he believes, the concept of an IT organization will go away, apart from the management of shared services. “Technology has to be part of the insurance value chain every step of the way, which means that boundaries of the IT organization and the business eventually dissolve,” he elaborates. “If you go to Google or Apple, they have product managers and developer teams building out products and nobody talks about them as separate from the business.”

CSAA is applying this thinking to the creation a new product development process, according to Acevedo. He describes the historical process beginning with insurance product specialists designing the features with an emphasis on segmentation and pricing. Then the product is defined and put on the policy administration system. After that, digital capabilities can be used to sell and support it. The insurer’s new approach adheres to a concept of “whole product.” In a recent product development process in partnership with product, marketing, sales and distribution, service, claims, CSAA conceived the entire product starting from the experience, Acevedo reports.

“The contributing teams are still functionally organized in different areas of the organization, but the overall team worked in integrated product development where all these elements are designed iteratively, with user testing for agent feedback,” he says. “We’ll have a different product offering as a result of that process.”

Acevedo stresses that part of an innovative approach to product development is an understanding that product creation is never final. “You need to establish that ongoing cross-functional product development effort and iterate in order to make adjustments to the market,” he explains. 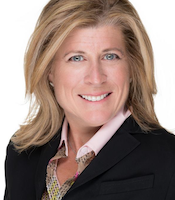 Digital- and mobile-first have become the standard in product development, according to Acevedo. This is exemplified by streamlining the customer experience at the point of application. “To price well, you want as much information as possible to price accurately and properly segment,” Acevedo says. “With newer products we’re leveraging third-party data and data science to minimize the number of questions while still achieving the necessary predictive risk-scoring needed to price accurately.”

Acevedo stresses that he has good company in his advocacy for a digital-first approach. “Our Chief Marketing Officer Linda Goldstein has been a strong advocate, as well as Ryan Vigus who runs product,” he says. “We’re all of a similar vintage, coming into the leadership with our CEO Tom Troy [who took on that role in 2019].”

Whereas the traditional CEO/CIO relationship might focus cutting IT costs, Troy is focused on providing the resources to achieve technology goals, according to Acevedo. “He’s been a strong supporter of significant investment in APIs, the gateway to integrating with the larger ecosystem,” he says. “We’ve made a significant investment so that we can support additional channel partners and take advantage of capabilities being developed in the insurance ecosystem. He totally gets that.”

Troy also gets the importance of making the investments necessary to getting better and faster at the delivery of technology, Acevedo notes. “He has really stepped forward to fund initiatives, to drive improved levels of quality, to support our adoption of agile methodologies and to move capabilities to the cloud and a massive investment in cyber technology to keep our members’ information secure,” he says. “And not just to support, but to push us to get better—he’s keeping me on my toes.”

Speed and quality of delivery has been a priority since Acevedo took on the CIO role. At that time, CSAA’s IT organization had 18-month development cycles, and was still missing dates, slipping features or having other quality problems. “We had rate and factor changes from a timing standpoint or from regulatory or revenue standpoint,” he recalls. “I said, ‘I know we can do better—I’ve seen it. We needed to shorten our development cycles, and then good things will happen.”

The IT development teams experienced some “hangover” as they got used to an Agile approach, but they have been nailing their commitments since then, Acevedo reports. They shattered a goal of improving productivity by 50 percent, reaching to a level of efficiency twice what it was. The teams no longer talk about significant delays or overruns and are instead talking about what’s changed and discussing where teams need to be scaled. “The conversation today is about the business value we’re delivering—‘OK, we delivered those enhancements, are we meeting revenue’?” he says. “It’s been a transformative experience. “I knew we could do better and was willing to take the risk, but all credit goes to the teams.”

CSAA is now taking it to another level with automation and DevOps processes, Acevedo relates. “We’re looking at automating the delivery and testing of code,” he says. “We’re also increasing the automation of our infrastructure that supports these applications, which allows us to reduce cycle time and time to market and improve efficiency.”

CSAA is also working to drive progress in the use of data. “Technology and data will define the winners, so it’s imperative that we be very active in this area, both to develop the modern technology platforms for data, and accessing tooling and services available through providers like Amazon and Google to develop secure integrated data sources.”

The insurer is also working on recruiting the skills to support the exploration of modern data techniques, as well as building external partnerships with data-focused companies, Acevedo adds.

When asked how he would pitch CSAA to talented young professionals, Acevedo stresses a certain “Goldilocks” character. “We’re not so small that we don’t have the capital to invest, and we’re not so large that we can’t quickly enter new areas of exploration,” he explains. “We have significant number of projects ongoing and a flat enough and small enough organization that we’re empowering teams to make a difference, and those teams have visibility all the way to the top.”