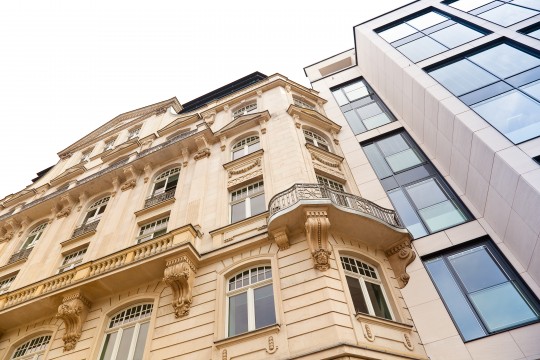 In 2013, when CSAA Insurance Group, a AAA Insurer (Walnut Creek, Calif.) separated from AAA Northern California, Nevada & Utah, it also lost all its legacy digital properties to the national Auto Club. However, rather than a loss, that constituted a greenfield opportunity to Michael Cross, who was brought in during 2012 to head CSAA’s Digital Services division. “Building from the ground up is less of a challenge than upgrading,” he remarks. “Our opportunity was to create a startup within a 100-year old company. CSAA Insurance Group’s ancestor was the Automobile Club of California, which traces its history to the year 1900. It became officially incorporated in California as a Non-Profit Mutual Benefit Corporation affiliated with the AAA in 1907. Today the company is one of the nation’s largest personal lines insurers,  serving members across 23 states and Washington, D.C.

CSAA’s changed organizational status in 2013 required a corresponding strategy change. As part of a strategic agenda set by president and CEO Paula Downey and CIO Stephen O’Connor, Cross was given the go-ahead to build a new digital platform including an agent portal and the company’s MyPolicy self-service portal. “The 23 AA clubs we partner with have consumer-facing websites, so we had to figure out how to get a competitive online experience to AAA members that integrates with all those sites,” Cross comments. “To do that we build this central service portal that enables members to do all their policy servicing online.”

One of the first questions in fulfilling that mandate was the proper amount to invest. CSAA didn’t see it as a matter of achieving hard ROI, Cross relates. “We knew these were things that we simply needed to do,” he says. “But we did have to create a concise roadmap that started with the insurance value chain: ‘What are the capabilities that customers expect, that agents need?’”

“Building out a digital platform may sound like table stakes, and perhaps it is,” adds Cross. “But the strategic mandate to do so was a question answered with full conviction about serving members according to current standards and being able to compete within the overall insurance landscape.”

CSAA made a modest investment to build out a base team for Digital Services in 2012. In 2014, the company’s board approved a much larger transformational investment to cover activities from that year until late 2016.

Another hurdle faced early on was the shape of the organization. Cross counseled forming one digital team to address all needs, from agents to customers to employees, and headed the structuring of the group. “Companies sometimes fail because they bifurcate digital teams, so we made the decision to centralize under one group,” he says.

With the centralized team and adequate funding in place, Cross characterizes progress made as more a matter of hard work than addressing big challenges. “It was mostly back-to-back, day-to-day project challenges,” he says.

However, calls out one particular ongoing challenge unique to the work he and his team undertook. “Our distribution model is like no other—we distribute through our AAA partner clubs,” he notes. “Some competitors can simply build and deploy, but we must go through a rigorous and thoughtful change-management process—it’s almost like having to sell our own products and services to the clubs. That’s the model, and we have great partners, but it just takes time.”

CSAA has taken a mobile-first approach to development within the mobile web paradigm, in compliance with the national AAA federations mandate that there be a single AAA mobile app. Functionality includes the ability to take a picture of a credit card for making payments, as well as being able photograph the user’s driver’s license for policy application. “We build everything through responsive design so that it can be accessed by phone or tablet,” Cross relates. “We’ve also built a native mobile app to have that ready for our policyholders when the time is right.”

Cross sees the imperative to build mobile-ready capabilities as based in consumers’ current use of the web for quoting and other transactions at a rate of about 25 to 30 percent. “Given consumers’ online behavior today, creating mobile capabilities is a must for any insurance company, and we’re no different,” he comments.

CSAA’s new digital capabilities present a “build-it-and-they-will-come” scenario. Currently over 2500 producers are using the company’s new agent portal. “The agent’s job is not easy, and historically many have had to maintain 12 to 15 logins for different applications,” Cross observes. “We have built a central application with a seamless sign-on we call ‘single sign-on.’” The MyPolicy member self-service portal boasts similarly successful results. Over 250,000 policies were registered through the portal in little over a year since its launch in 2014. “That’s all organic adoption—there has been very light marketing, though that’s likely to change this year,” Cross relates. “With proper marketing I don’t think it’s unreasonable to expect up to a million by the end of 2018.”

Members typically learn of the MyPolicy portal through visits to their Auto Club site. The site will offer a link with a message such as “Manage Your Insurance,” and the member will be directed to MyPolicy, where they can register their policy to take advantage of the portal’s functionality. The club sites have no transactional capabilities, so MyPolicy is the only way members can make payments online, change coverages or get an ID card. The process has been designed to be intuitive and to anticipate member’s service preferences.

“Consumers today don’t want to call agents all the time or go into a branch office to perform simple transactions, and that’s where we’re closing the gap,” Cross says.

As an example, Cross cites what CSAA refers to internally as “Quote 2.0.” CSAA has had online quoting capabilities since late 2012, but the new version, launched in late 2016, goes beyond the typical industry objective to simply speed the quoting process, balancing the insurer’s need for pertinent data with the user’s experience. “We’re not looking to simply rattle off a quick quote with three questions that may not be accurate,” Cross comments. “We want to provide our members with meaningful quotes that will warrant better follow-up with their agent once they bind their policy.”

The new quoting capability is the result of what Cross calls “designer-led user research.” That includes involving AAA members in the process from inception to software development, he says. “That includes interviews, having members draw screens, and actually physically touching the screens,” he elaborates. “We video tape them and iterate week-over-week to provide a software solution that delivers a great user experience, mixed with the information-gathering necessary to provide an accurate quote.”

Revitalizing a Tradition of Innovation at CSAA Insurance Group: An Interview with Marik Brockman