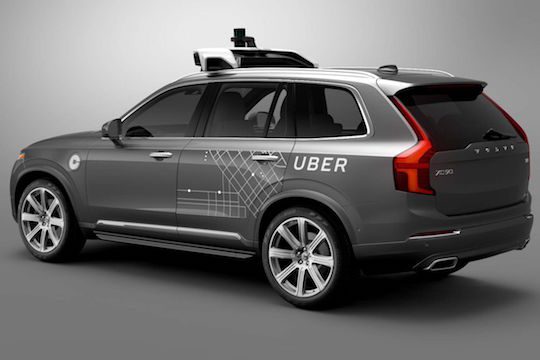 Two fatal accidents in late March 2018 have raised questions about the safety and reliability of autonomous vehicle (AV) technology. On March 23 a Tesla Model X crashed in Mountain View, Calif., while in “Autopilot” mode, killing the car’s owner; two days later, an Uber car in autonomous mode struck and killed a pedestrian in Tempe, Ariz. In addition to the personal tragedy involved, the events have implications for the development of autonomous vehicles (AVs) and what that may mean for insurers’ plans related to the technology.

The Tesla vehicle’s accident raised concerns because it was the second incident, another having occurred in May 2016 in Williston, Fla. The National Transportation Safety Board (NTSB) concluded in Sept. 17 that the probable cause of the 2016 accident was the Tesla car driver’s inattention due to overreliance on vehicle automation. A March 30, 2018 statement from Tesla statement suggests a similar process led to the March 23, 2018 fatality. According to the manufacturer, the driver had received warnings during the drive, and that his hands were not detected on the wheel during the six seconds prior to the collision. “The driver had about five seconds and 150 meters of unobstructed view of the concrete divider with the crushed crash attenuator, but the vehicle logs show that no action was taken,” the statement says.

The NTSB is investigating both the March 23 and the March 25 incidents. The latter is more obviously problematic, as an example of a fully autonomous vehicle failing to avoid a collision with a pedestrian. On March 25, the Uber vehicle was operating on level 3 of the National Highway Traffic Safety Administration’s (NHTSA) SAE International “Level of Automation” which establishes a continuum of 0 (no automation) to 5 (full automation).

“The Uber vehicle’s radar and/or lidar devices should have been able to perceive a pedestrian walking into the car’s path AND taken remedial action (swerving and/or braking),” said Donald Light, Director, North America Property/Casualty Practice, Celent (Boston). “It appears that did not happen. Was this a design flaw, or equipment failure, or both?”

Light notes that video shows that the Uber car’s backup driver—a condition pertaining to the autonomy level of the car in question—was not paying attention. “This highlights the dangers inherent in SAE International Standard J3016 Level 3 Conditional Autonomy—in which ‘the driving mode-specific performance by an automated driving system of all aspects of the dynamic driving task with the expectation that the human driver will respond appropriately to a request to intervene,’” Light Notes. “Quite possibly the Tempe accident will lead developers of autonomous vehicle to avoid Level 3 and focus on Levels 4 and 5.”

As tragic as the death of the pedestrian was, Light suggests that some accidents will still occur even if AVs function at the highest levels claimed and all or nearly all vehicles on the road function with full autonomy. “In my opinion, society will find that much lower level of fatalities an acceptable—though tragic—price that it is willing to pay at this time–and on the way to that time,” he says. While questions remain about the functioning of the Uber vehicle’s lidar, it’s not clear that the Tempe accident could have been prevented, according to Thom Rickert, VP and Emerging Risks Specialist, Trident Public Risk Solutions, (San Antonio, Texas; a member of Argo Group). The NTSB is yet to determine whether equipment functioned properly, and the accident followed the pattern of 75 percent of pedestrian deaths: at night, away from an intersection.

The incidences of crashes or collisions should drive investigation and study, but insurance companies and the general public should not lose sight of the potential for AV technology to make transportation safer, Rickert insists. “Despite the latest incident, we must contextualize what happened and how it happened. If it were a human-driven car, the event wouldn’t have received as much news coverage, if any,” he notes.

Research has abundantly demonstrated that in key areas such as braking reaction time and field of vision, AVs have significantly higher capabilities than humans—who are constantly distracted while driving and often have accidents because as a result, Rickert advises. “We are still at the level of automation where a human must be ready to take over the vehicle in certain conditions,” he says. “We must keep in mind that the technology is nascent and that though there will be tragedies but the long-term benefit is too significant to ignore.”

In fact, human error causes 94 percent of auto crashes, according to the NHTSA, notes Mike Scrudato, SVP and Strategic Innovation Leader, Munich Re America (Princeton). “Unfortunately, there are hundreds of tragic crashes that happen every day that do not involve autonomous vehicles, and there are opportunities for technology to help save lives and improve road safety,” he comments. AV technology represents “a glimpse into the future,” rather than the current reality of technology’s promise for reducing accidents, but other technologies are already making a difference and could do even more, Scrudato asserts. “Advanced driver assistance systems (ADAS) such as forward collision warning, lane departure warning and automated emergency braking are increasingly being offered in new vehicles,” he says. “Early Insurance Institute for Highway Safety testing has demonstrated these technologies can reduce crash frequency.  However, many drivers are still unaware their vehicles have this technology and/or how to use it.”

Despite the tragic accidents, Munich Re remains committed to the proposition that AV technology has great potential to improve driving safety, Scrudato suggests. “We need to continue to look at how testing, training and technology need to improve to help avoid future incidents and help to increase road safety,” he says. “The insurance industry has an important role to play and should continue to develop products and services required to help safely and smartly bring this technology to market.”

It’s instructive to note the current status of deployment within the NHTSA’s the SAE International Level of Automation 0-5 scale, Trident Public Risk Solutions’ Rickert recommends. There is wide deployment of function-specific partial automation (level 1), which includes assisted braking, adaptive speed control and collision avoidance, and more limited use of level 2 (function-specific full automation such as automatic parking) is currently entering the marketplace, according to Rickert. Levels 3–4, which involve function-specific and environmental full awareness with a driver who must be prepared to take control, are the technologies currently in test environments. “The advancement of general technology such as near-field communication, robotics and artificial intelligence are critical to the achievement of all levels, but in particular level 5,” Rickert stresses. “Without artificial intelligence for situational awareness, and algorithms that provide highly predictable outcomes, full automation cannot happen.”

“In the end, wide deployment will require acceptance by the consumer,” Rickert adds. “Just like automatic transmissions, cellphones and virtual reality, each generation has a higher degree of acceptance of new technology.

Ready or Not, Autonomous Cars are Coming

Autonomous vehicles are no exception to that trend, suggests Tom Super, Director, Property and Casualty Insurance Practice, J.D. Power (Westlake Village, Calif.). “We are well past the point of autonomous vehicles being a fad,” he insists. “With several production cars around the world already coming from the factory with partial automation features, manufacturers, ride sharing companies, and rental car companies are in an all-out race to lead innovation in autonomous vehicle technology. That intense competition will also lead many to take risks.”

Auto insurers have already begun factoring the growth of autonomous and semi-autonomous technologies, such as forward collision warning with autobrake, adaptive headlights, and blind spot assist into future claims projections. “In general, the industry is betting on autonomous technology to ultimately decrease the frequency of accidents, but not the severity of accidents that do occur,” Super comments. One of the most interesting implications of the autonomous vehicle movement on the property/casualty insurance industry is the vast amount of data that is being collected by these technologies. According to a new study conducted by J.D. Power in collaboration with Miller Canfield and Mcity, nearly three fourths (74 percent) of consumers say they are willing to share autonomous vehicle data after a collision, potentially giving insurers broad access into the details surrounding a crash and the ability to expand the current telematics offerings they currently have in place, which offer discounts to safer drivers. According to J.D. Power data, these telematics-powered offerings have also been associated with high levels of insurance customer satisfaction.

Insurers Will Continue Work to Calculate Risks of AV

All things considered, the hopes and fears of any insurance professional should not be affected by the recent pedestrian fatality, reassures Rickert. Underwriters and actuaries are acutely aware of the need for a large number of data points in order to offer the right coverage at the right price,” he says. “That data is not yet available for autonomous vehicles in a variety of operating situations, and will not be for some time.

While that effort proceeds, innovative insurers are analyzing the questions of apportionment of liability, cyber liability as it relates to automobile coverage in V2I/ V2V situations, change in loss frequency/severity, and mobility exposure, Rickert relates. “Commercial and personal line segments, including every line of business—product liability, auto liability, auto physical damage, worker’s compensation, life & health—all will be impacted, He says. It will create growth in some areas and redundancy in others.”