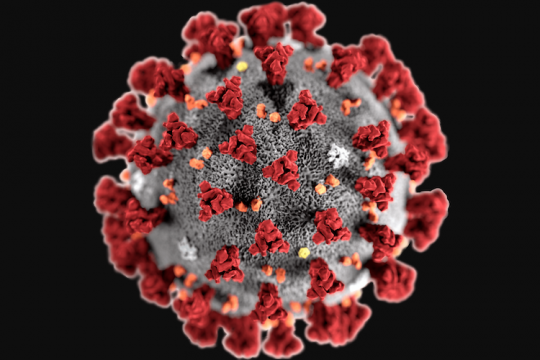 The COVID-19 coronavirus has been in the news for the last few months as it went from one person in December 2019 to thousands in February 2020. As of the morning of March 2, the WHO reports that there have been 87,137 cases worldwide and 2,977 deaths—79,968 of those cases and 2,873 of those deaths were in China alone. The rest of the world has experienced 7,169 confirmed cases of COVID-19, with 104 deaths. As of the morning of March 2, the CDC reports that there have been 43 confirmed cases in the United States with two recent deaths.

For the first time since the first case was identified on December 8 of last year, more new cases are being reported outside of China than in China itself.

Those are the stats.

Let’s add one item of certainty to death and taxes: the number of people impacted and killed by the virus will continue to go up in an ever-increasing number of countries. Regions of the world with less-developed health-care systems, such as Africa, South America, and some areas in the Middle East, are likely to start seeing exponential growth of the virus.

Impacts are being felt everywhere. Amazon announced that it is withdrawing from exhibiting and participating in Barcelona’s Mobile World Congress 2020. While scheduled to host a full-day conference track on the first day of the event, Amazon’s cloud computing arm, AWS, joins Korea’s LG Electronics, Swedish equipment maker Ericsson, and U.S. chipmaker Nvidia as the latest organization to ensure the safety of its employees in the face of the growing public health risks surrounding the coronavirus. The Olympics in Tokyo might be cancelled. Is it an overreaction?

For context, the 2002 SARS outbreak killed 774 people around the world. As shown by the growing number of countries with confirmed cases of the disease, the likelihood of COVID-19 becoming a pandemic is high—and it’s getting higher by the day.

In my years at AIG and AXA, I was heavily involved with operational risk committees, business continuity planning, and disaster recovery planning. The scenario of a “pandemic” was always considered in our simulations and procedures. When the SARS epidemic broke out, the idea that a pandemic could occur, disrupting IT support and business operations, became all too real.

A Horizontal Impact on Business Verticals

As the government of China battles the threat of a pandemic, with lockdowns on entire provinces, companies that manufacture components in China such as Apple, Starbucks, P&G, GM, Tesla, and others are being impacted. Google’s parent company, Alphabet, is temporarily shutting all of its offices in China, Hong Kong, and Taiwan and has restricted employees from flying to mainland China and Hong Kong. Toyota extended the shutdown of its plants in China (although production is expected to resume in the coming weeks), while Fiat Chrysler may close a plant in Europe while it is missing key parts from Chinese suppliers.

Besides manufacturing and technology, China’s banks are beginning to strain under the burden of perpetuating social stability. The State Council is now requiring state banks “to ensure that small businesses are paying no more than 1.6% with government subsidy.” While cheaper financing may help the broader economy, banks are barely making enough money to cover their cost of funding after accounting for default risks—and that’s only considering the domestic strain, not the impact on multi-national businesses tied to the world’s largest banking system.

The stock market lost more than 10% of its value in the last week of February, with February 27 being the greatest one-day point value drop in the Dow Jones average in its history.

Questions About Operational Risk: Has the Risk Been Fully Thought Out?

Insurance carriers should have a number of concerns, from both a business and technology perspective:

Insurers should consider a few questions about their products, as well. Has underwriting factored in pandemic risk correctly? Are the products meeting the needs of the consumers?

How the Insurance World Is Reacting

The WSJ reports that “Now insurers across the board exclude epidemics in standard business-interruption policies, which mainly cover property damage from events such as fire, terrorism, and natural catastrophes” thanks to specific exclusions created after the SARS outbreak.

AM Best is reporting that some large non-life insurance companies operating in coronavirus-affected markets have announced they may enhance benefits for those diagnosed with coronavirus. ISO/Verisk notes that it is releasing two optional endorsements for use with commercial property forms to provide limited business interruption coverage for circumstances related to the coronavirus, while the NAIC updated its pandemics page this week to offer more information.

What about the large brokers and reinsurers?

An Allianz Global Corporate & Specialty representative said that the company has not been notified of any coronavirus claims and that it doesn’t expect significant claims or losses. Swiss Re, on the other hand has issued an entire report with students from Johns Hopkins’ School of Advanced International Studies that examines “the implications of climate change on global pandemic risk” and analyzes “the potential of the World Bank-led Pandemic Emergency Facility to provide the basis for a long-term market for pandemic insurance.”

Novarica suggests that IT organizations work with their operational risk committees to review their pandemic scenarios and run simulation testing ASAP to make sure there are no surprises. We also suggest that products be reviewed and new products and coverages considered.

Hope for the best, but plan for the worst.

From Conflict to Coexistence: Reconciling Actuarial and Data Science