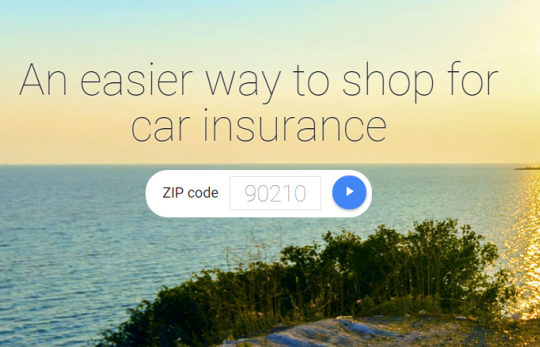 Speculation that Google might reinforce its U.S. insurance play with an acquisition of CoverHound have been blunted by the California-based aggregator’s announcement that it has received a new round of funding and that Google Compare’s relationship to CoverHound will be one of partnership rather than ownership. Analysts interacting with Google executives have confirmed that Google Compare seeks a more limited role in the U.S. insurance market, not even rising to the level of aggregator.

(Related: What Will the Launch of Google Compare for U.S. Auto Mean for Insurers?)

The CoverHound announcement said that the new funding will support the aggregator’s carrier growth and integration with large marketing partners, such as Google Compare. Forrester analyst Ellen Carney, whose writing has sparked debate about Google’s intentions with regard to CoveHound told Insurance Innovation Reporter  that Google representatives signaled to her on the night of March 10 that they intended only to partner with rather than to acquire CoverHound. “However, it’s not hard to see that many partnerships turn into acquisitions,” Carney cautions. “In the meantime, [CoverHound has] a nice tranche of investment dollars to grow the business and provide the reach and appointments that Google needs to be a viable distribution choice.”

Google Won’t Be an Insurance Carrier

The news of CoverHound’s partnership relationship with Google Compare, along with statements by Google representatives clarifies Google’s insurance ambitions, at least for the foreseeable future, suggests Kimberly Harris-Ferrante, VP and Distinguished Analyst in Gartner’s insurance industry practice. There has been much speculation about Google becoming an insurance company, but in conversations with Harris-Ferrante, the firm has been clear that its intentions are to leverage its core strengths as a data synthesizer and customer recommendation hub.

Along with its brand value and customer-facing capabilities, Google has been feared by insurers for its vast data gathering and analysis capabilities as they might be used to power competitive underwriting. While such a course cannot be ruled out for the future, the threat Google poses to insurers—or at least to larger ones—is that it enables carriers with a small share of the market to compete with those with a large share, according to Harris-Ferrante.

The insurers that Google announced as carrier partners, including MetLife and Mercury Insurance, are small brands within the auto insurance market. What that partnership does is to give those smaller companies the exposure of a giant brand—Google itself, Harris-Ferrante suggests. “The way this levels the playing field is what should be the threatening part to large insurers,” she says. “Companies who haven’t been able to compete in the digital space are now empowered to do so.”

Carriers that cannot compete on advertising expenditure and current brand equity can thus gain a market point-of-entry based on the Google brand and can compete on their product and service strengths with much larger companies, Harris-Ferrante stresses. “The threat is not Google as challenger, but what Google does to empower competition,” she comments.