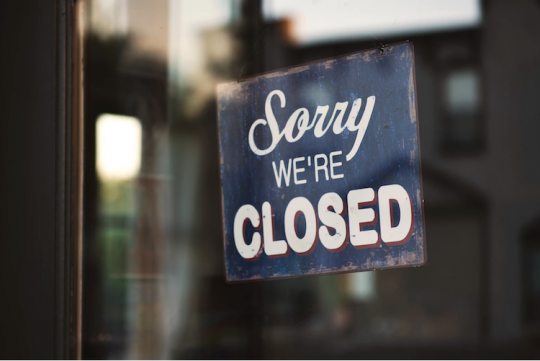 As I was reviewing the NAIC 2018 insurance industry rankings and market share, I could not help but notice that some significant trends were accelerating. In the private passenger auto insurance line of business, Geico has overtaken Allstate to take the #2 spot with a 13.4 percent market share and continues to close in on State Farm whose share has dropped to 17 percent.  In fact, Geico has publicly stated its intention to overtake State Farm in the near future.

Now this does not mean that State Farm or Allstate are at risk of going out of business anytime soon, but it does underscore the power of market trends that could over the longer term displace carriers who are not paying attention.

Consolidation among top tier insurers is one of the many ways that insurance brands will disappear. According to Deloitte’s 2019 Insurance M&A Outlook report, the aggregate deal value of P&C acquisitions grew by 316 percent to $34.1B in deal value, up from $8.2B in 2018. American Family, the 10th largest U.S. auto insurer, recently acquired a number of smaller competitors including Ameriprise Auto & Home, Main Street America, The General and Homesite.  And #13 Kemper recently acquired Infinity. Also, in 2018, #19 Hartford Insurance acquired specialty insurer Navigators.

Just as Amazon’s direct-to-consumer model disrupted brick and mortar retailers, insurers who deliver and service consumer products and services digitally and on mobile devices will continue to outpace competitors who operate in a “middleman” distribution model.  Auto insurance InsureTechs such as Metromile, Root and now others will not displace tier 1 auto insurers but they will further erode their customer base, particularly those in indirect distribution models.

The Internet of Things, consisting of an estimated 50 billion “always on” sensors in connected cars, property, factories and on people by 2030, is enabling the development of new and very different on demand and other types of insurance products which lend themselves to fulfillment by smaller technology-driven companies, further displacing traditional insurers.

As if these threats were not enough, look for car manufacturers to pile on by leveraging connected cars to exert greater control over the sale and design of auto insurance as well as the collision repair claims process.  And the potential nail in the coffin—autonomous (self-driving) cars will shift risk and responsibility from drivers to manufacturers and software developers, ultimately eliminating auto insurance as we know it.

Insurance carriers who recognize and comprehend the implications of all of these trends are already making strategic plans to defend themselves. State Farm is in the midst of a long-term restructuring plan that will see it shed thousands of jobs and consolidate its facilities into three major U.S. operational hubs. In 2015, the insurer sold its substantial Canadian business to Desjardins.  But eliminating overhead alone will likely not be sufficient.

Other insurers pursuing strategies to alter product offerings towards risk prevention and avoidance, diversify out of traditional insurance into protection products, alternative transportation and travel services and develop strategic partnerships with auto manufacturers. Others are restructuring and positioning their companies for eventual acquisition, merger or sale.

As an ironic side note, Allstate—originally the name of the tire brand of Sears, Roebuck and Co.—was founded by that company in 1931 and sold in its tire and battery department. It was spun off as an independent company and went public in 1993.

Major insurance brands may not disappear anytime soon, but their dominance and longevity can no longer be taken for granted.

Is AI Bringing Us to a Privacy Tipping Point?