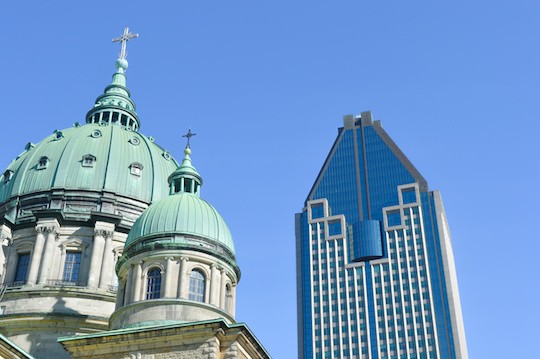 Auto and homeowners insurance are among the most challenging businesses to maintain consistent growth, but Industrial Alliance Auto and Home (IAAH; approximately C$300 million DWP.) has pulled it off. The Québec-based insurer has enjoyed growth of about six percent annually since 2000, but that hasn’t served as an excuse to postpone modernization. IAAH successfully implemented EIS Group’s core system suite in 2014 and is now deploying the vendor’s CustomerCore DXP as part of a larger digitization initiative.

As successful as IAAH has been, complacency is not a strategy, suggests Pascal Lavoie, CIO, IAAH. “In today’s digital world, our clients want to interact with us on their terms, when and how they choose,” he says. “They want simplified and convenient interactions that they can start on a mobile device and then continue on the web or via call center.” 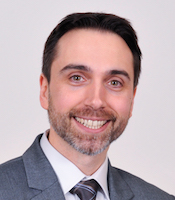 IAAH’s success owes much to its access to the distribution network of its parent company, Industrial Alliance (IA, $553.7 in 2016 net income), a 125-year-old Québec City-based financial services company that sells a variety of financial, life insurance and health insurance products, including finance products for auto dealerships. IAAH was founded in 1973 to tap the personal lines P&C market. Unlike its parent, which sells products across Canada, IAAH currently sells its auto and home insurance products only within Québec Province. The subsidiary has enjoyed growth nearing 10 percent during the last five years, and about 13 percent in 2016, largely owing to the launch of its Prysm General Insurance business unit in late 2015. IAAH has historically distributed principally within a call center paradigm, accessing prospects through IA’s agency network and partner institutions, such as car dealerships.

While it might seem reasonable to delay core system modernization during over a decade of growth, that’s not what happened at IAAH. The company attempted to replace its AS400-based legacy core administration system replacement beginning in 2005, but the initiative was called off in 2008. “The project was way too big for what we were used to managing,” Lavoie confides. “We invested a lot and we learned a lot about how to do a core replacement.”

From 2008 to 2010, IAAH left the technology issue aside and focused on learning to execute on large programs. The insurer adopted a new project methodology based on lean, which the carrier called “mission mode,” according to Lavoie. “We reviewed processes and we put in place tight following of indicators, making sure delays were addressed and that the scope was managed,” he says.

In 2010 the carrier evaluated three possible approaches to a renewed modernization initiative that would support a concurrent digitization effort. The first was to add a layer on top of the legacy system to provide the flexibility the insurer’s distribution partners required. The second option was to develop a new system in-house. “That may sound crazy now, but at that time some companies were still choosing that option,” Lavoie remarks. IAAH finally went with the third option: implementing a commercial solution.

The Need For Speed

The selection process began before the end of 2010. Among the criteria for a new system that it have an all-in-one character that covered the full range of functionality needed and could also be implemented relatively quickly. “Because of our size, we knew that a legacy replacement would have to be done as fast as possible—we simply couldn’t maintain a huge investment for a long time,” Lavoie recalls.

The insurer selected the EIS Suite in 2011, owing to its technological superiority, and its wide and well-integrated its range of modules. “They had the top technology in the field from our point of view, a mix of open source and proprietary IP,” Lavoie comments. “When you have open source library inside a system it helps the learning curve because there’s not a provider-specific language that you need to learn.

During 2011 IAAH also conducted a discovery and risk assessment process lasting several months. The work proceeded under the “mission mode” methodology mixing agile and lean, and included the contribution of several subject matter experts from EIS Group. “But we assessed the risk and scope of the initiative, to identify execution priorities and determine what could be done with the available time,” says Lavoie.

Implementation began in 2012 and proceeded during 23 months for all lines of business. It included core policy, claims and billing as well as ancillary capabilities, such as rating, workflow and document management. The new system went live in May 2014.

The Case for Digitization: Three Objectives

The CustomerCare DXP-based digital initiative, whose work is largely beginning now, was conceived along with the broader modernization in 2010. It was an important feature of the case for modernization that needed to be made to the company’s board, according to Lavoie. Even in the absence of a failed initiative, the board will ask why technology must be updated, he stresses. “You tell them, first, that sooner or later you have to update your technology,” he says. “But there’s a second part: what modernization will allow us to do that we can’t do now.”

In IAAH’s case, that meant three things: first, to open up new avenues of growth, specifically a new business unit allowing for the white labeling of products; second, to provide a self-service portal to enable transactions across multiple digital platforms; and third, to enhance the sales process through digital distribution.

The first of those has been accomplished with the very successful 2015 launch of Prysm General Insurance. Work on the other two has commenced as part of the CustomerCore DXP implementation. “DXP acts as a nexus of digital transactions,” Lavoie notes. “If you want to provide a digital transaction on any platform, be it mobile phone, tablet, chat bot, etc., the transaction can start on one channel and be completed on another.”

IAAH implemented a “quick quote” capability as a kind of proof-of-concept for its use of CustomerCore DXP more broadly for the insurer’s digital objectives. The functionality is being used for Prysm General Insurance’s white label products distributed through IA’s car dealer partner network.  The insurer will then take on development of the self-service portal, followed by a broader digital distribution initiative.

The Technology is the Easier Part

IAAH won’t roll out the self-service portal until close the end of 2017, not so much because of the time required for the technical part, but because of the cultural change it implies from the insurer’s call center paradigm. “Changing operations to include digital and self-service takes time, training and thinking,” Lavoie comments. “You need to transform yourself operationally as well as technically.”

Lavoie calls out the partnership with EIS Group as being vital to the success of the modernization and digitization efforts. “Sometimes you work with a software vendor and there’s a disconnect, but. when we talk with EIS we feel they understand our point of view,” he says. “They have an understanding of the business reality, and if we say we have a deadline to respect, or the business model doesn’t make sense, they’ll work with us to find a solution.”

With EIS Group’s technology in place, IAAH will be able to drive a more complete business transformation, including new channels and partnerships, Lavoie foresees. “Given the business model we’ve been operating within, it takes time to make changes, but once the IT is ready, I think we’ll be better equipped and have right tools to support those initiatives,” he says “As a CIO my business colleagues continue to ask me for ways to do things, such as improving relationships with third parties. The time I need to develop those requests is getting smaller and smaller.”