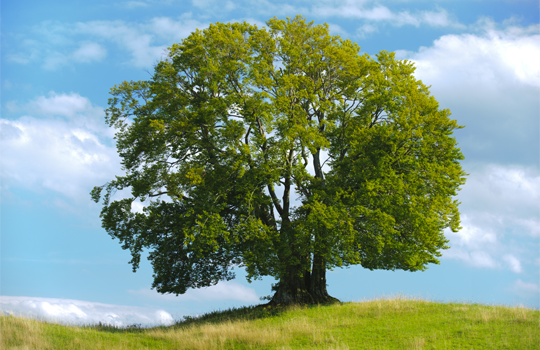 The notoriously short tenure of insurance CIOs has led to suggestions that title really stands for “career is over.” It’s not just a case of senior carrier management showing technology executives the door – many departures are by choice. However, in many cases talented CIOs are driven to leave by short-sighted company management. Whatever the reason for insurance CIOs’ short tenure, it results in a suboptimal outcome for insurers more often than not. Insurance CIOs who are only on the job for a few years will be focused on tactical objectives, cautions Barbara Koster, who has been enterprise CIO at Prudential Financial (Newark, N.J.; $1.076 trillion assets under management). since 2004 and held divisional CIO roles at the company since 1995. “A CIO who only expects to be in the role a short time will focus on activities that have the most immediate impact,” she elaborates. “When you have longer tenure, as I have had, you understand that you have to build an architecture that provides the flexibility needed to handle technology that you have and might acquire in the future.”

Tenure such as Koster has enjoyed remains more the exception than the rule, according to Juergen Weiss, research vice president of Gartner’s insurance practice. The research and advisory firm’s 2013 CIO survey data, which polled 86 respondents from life and P&C insurance, found that the average insurance CIO tenure is 3.9 years.

“We believe that this is a major issue and a potential inhibitor when insurers are planning IT strategies with long-term consequences, such as legacy modernization projects,” Weiss comments. “Core insurance systems replacement typically has decision cycles of 12 to 24 months, and implementations may take from three to five years – in other words, there is some likelihood that insurance CIOs will have already moved on before they could bring in the harvest.”

Among the reasons CIOs choose to leave is that insurers typically spend more than 60% of the IT budget on running the business, leaving ambitious technology executives with little room for maneuver, according to Weiss. Insurance CIOs also face limited opportunities within their companies, according to Weiss, who notes that 75 percent of the CIOs surveyed report to another C-level officer.

Regardless of whom a CIO reports to, in the best case scenario, senior management and CIOs work within a collaborative strategic relationship, suggests Mike Keller, enterprise CIO of Nationwide (Columbus, Ohio;  $22.6 billion in 2012 total revenue). To ensure such a relationship, Nationwide instituted its Business Transformation and Technology Committee (BTTC) in 2008. Before the BTTC, the way IT generally got on the board’s agenda was by being the source of a risk or problem.

“If you only see the failure modes of an organization, you’re probably not going to think very highly of it,” Keller remarks. “When the senior leadership really understands what’s going on in IT, they’re less likely to think that the answer to problems is to replace the CIO.”

Insurance CIOs have a better chance at long-term survival if they have a place in the executive management of a carrier, says Rob McIsaac, a Novarica principal and analyst who has held CIO positions at insurance and banking firms. “Where a CIO stands in the reporting chain is important,” he asserts. “If they don’t have a full adult seat at the table, it can have an adverse impact on their longevity.” The problem is compounded by management’s poor understanding of the antagonistic goals that CIOs are often tasked to accomplish simultaneously. CIOs are pushed to the limits of achievement trying to hit goals related to supporting business as usual while being called upon to be change agents or leading innovation. “Many of their problems are very real and durable, but it’s a challenge to keep business executives focused on them,” McIsaac comments. “People develop organizational amnesia – they think they can bring in a new person and get better answers. That’s not necessarily the case, but it doesn’t bode well for CIO tenure.”

In many cases, the senior management of an insurer comes to the belated realization that they can no longer postpone the replacement of legacy systems, McIsaac notes. “There’s a point at which they have to deal with legacy technology and process issues and get beyond a kind of self-inflicted hopelessness,” he says.

“That often leads to bringing people in from the outside to shake things up,” McIsaac continues. “There’s a sense that the grass is greener on the other side – ‘If I can only bring in someone from banking or manufacturing!’ That may or may not solve the problem, but that’s the perception.”

The recruitment of a banking CIO could be the start of something durable – as it was in the case of Koster, who was recruited to Prudential from a CIO job at Chase. For long-term benefits to result, it is crucial the CIO become a trusted advisor to senior management, according to Suzanne Fairlie, president and founder of ProSearch, a Philadelphia-based executive search firm. “The role of the CIO is to know what the CEO wants by listening, asking, being a credible counselor and being accountable,” Fairlie opines. “Every CEO wants something different from their CIO, so there’s no one-size-fits-all, but it’s on the CIO to determine what the CEO and/or the board wants.”

Insurance CIOs can find themselves at odds with CFOs, implies Fairlie, because the latter are dedicated to managing spend and the former are perceived as running a cost center. “In order to be productive, CIOs often have to drive short-term spend for long-term results,” she observes. “That makes for a certain tension between the CIO and the CFO.”

Nevertheless, CIOs can still have meaningful influence at the senior management table, even if they report to a CFO or a COO, Fairlie insists. The key, she stresses, is that they serve as an effective counselor to the business and a change agent. “If the CIO listens and delivers but is still not having an impact, then it’s time for them to move on by their own choice,” she says.

CIOs face challenges when a new CEO arrives. If the CEO has a trusted relationship with a CIO from his or her past role, then the incumbent CIO will probably be out. But in the absence of the CEO bringing in a trusted technology advisor, the CIO can succeed if he or she has developed a reputation as a trusted advisor and can quickly develop a rapport with the incoming boss, Fairlie says.

If a CIO does achieve the status as a trusted advisor, he or she can play an important role in anticipating the needs of the business and driving revenue, Fairlie adds. “The CIO is in a great position to gather data and support the development of new products that companies can sell,” she says. “Innovative CIOs are seeing that and doing it.”

Innovative CIOs are also prone to moving onto newer jobs when they’ve accomplished specific tasks, such as the implementation of new systems, just as “legacy” CIOs may find themselves out of a job if they lack the skills needed to take their organizations to the next level. Short tenures will indeed tend to influence CIOs’ investment behavior, affirms Gartner’s Weiss. “CIOs will typically prefer projects with shorter payback times,” he says. That needn’t be a bad thing, Weiss adds. “It will turn into a negative one if changes in CIO leadership are always accompanied by changes in IT strategic direction.”

Advantages of IT Leadership Continuity

However, nothing is as likely to foster consistent IT strategic direction as much as having continuity over in technology management over a longer haul, suggests the experience of Gary Scholten, Principal Financial Group’s (Des Moines, Iowa; $403 billion in assets). enterprise CIO. At the time Scholten was promoted to the top technology job in 2000, many strategies were already in place, including many directed to cross-sell and upsell. “That takes time for the data integration and the interoperability of systems,” Scholten comments. “If you hire a new CIO from the outside, he could come in unaware that you’re four years into an eight-year direction.”

Continuity in IT leadership helps to sustain long-term technology visions, especially with regard to architecture, according to Scholten. It also encourages a view of the aggregated effect of many projecdts moving forward in a common direction, in support of a common architectural vision, he says.

Other advantages of continuity in IT leadership, and especially of CIO longevity, include consistency in vendor management, Scholten argues. “Dealing with the same vendors – especially the large complex ones – over time gives you an advantage to position for best success, which must be mutual success,” Scholten counsels. “Often when you have someone new in charge, it takes a few years to achieve optimal interaction.”

Scholten’s own longevity has enabled him to play an expanded external role that has been very important to PFG. For example, he shares, “I’ve gotten more involved in government advocacy and dealing with a shortage of IT professionals.”