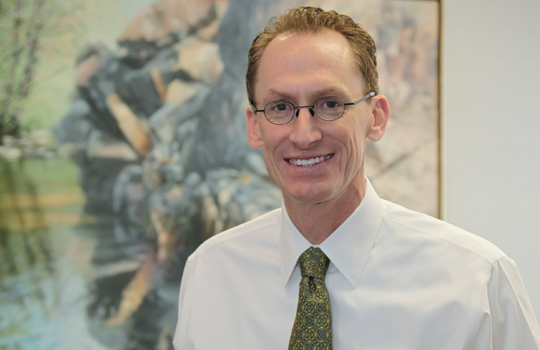 The number one criterion for a long-lasting relationship between any senior officer and an insurance company is the right fit, according to Gary Scholten, senior VP and CIO of Principal Financial Group (Des Moines, Iowa; $403 billion in assets). “I can imagine many places where I wouldn’t have lasted as long, either because I wasn’t a fit for them, or they for me,” he says. “This company has continued to grow and given me great opportunities to learn.”

In addition to being responsible for IT across the Principal, Scholten leads the Fortune 500 company’s use of offshore resourcing, oversees sourcing and supplier management, and is head of corporate strategic development.

An Iowa native, Scholten has evolved along with the company since joining 33 years ago, shortly after getting his undergraduate degree in computer science and mathematics. What followed was a residency  in  nearly every business unit at  the company as an IT professional.

His first 12 years was spent in the Principal’s group insurance business. He then spent two year working with the company’s asset management business, corporate functions and mortgage business. Scholten moved forward with nine years as CIO of the Principal’s Individual Insurance business unit, which included life insurance, annuities, and disability income insurance. During that time he took on IT responsibility for the company’s international retirement business and mutual funds and further corporate functions before becoming enterprise CIO. “Working in all those areas gave me not only business background, but also relationships that have been very important to my role as corporate CIO,” Scholten comments.

Scholten was appointed enterprise CIO in 2002, shortly after the firm went public. At that time the Principal was primarily a U.S.-based company with a young asset management business. Today the company makes about 25 percent of its earnings through retirement products marketed globally. Succeeding in emerging markets requires flexibility in product strategies and the development of key distribution partners, among its other challenges, according to Scholten.

“These kinds of challenges have made the Principal a fascinating and stimulating place to be,” Scholten says. 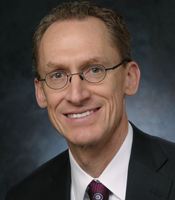 That’s not to deny that a senior job at the Principal, like any competitive business, isn’t sometimes stressful. In that regard, resilience is a critical attribute for long tenure, according to Scholten. “Not every day will be perfect,” he says. “That’s perhaps especially the case in the current environment, which is changing so quickly.”

Scholten, a life-long distance runner, advocates attention to diet and exercise to blunt the effects of stress and be prepared for the rigors of the job. “It’s an important part of being energized every day, in order to learn and develop with all the changes happening to our business and technology,” he comments.

Having outstanding people in the right positions is an even greater factor in a senior executive’s longevity, according to Scholten. “I would call out our business unit CIOs – these are some of the most difficult jobs in the organization, and we have great people serving in them,” he says. “The leaders in our shared services organization are also doing an excellent job.”

As part of his lieutenants’ professional development, Scholten has learned over the years to keep them moving around the organization in what he calls “learning mode.” “That’s something I didn’t always pay attention to as much as I do now.” “Today,” he adds, “everyone in IT is given opportunities.”

To the extent that Scholten provides those opportunities within IT, he’s paying forward the opportunities he’s had at the Principal. In addition to his tour through the business units, Scholten notes the opportunity to take on responsibilities that go beyond the traditional CIO role. His responsibility for supplier management, for example, an expression of a company culture that includes business recognition of the importance of technology.

Many companies choose to put a business executive into the CIO role, but Principal picked a career-long technologist – a decision that Scholten believes would show good judgment, regardless of the individual chosen. “I think it’s to the company’s advantage to have a CIO with a deep technology background, given the pace of change and the risk associated with technology investment,” he says.

For the same reason, it is not an accident that the Principal’s CIO is head of corporate strategy, Scholten acknowledges. “Our business leaders really understand the value that technology can bring, which results in IT being an integral part of the company, not a separate thing,” he explains. “IT has the opportunity to influence business direction and use of technology that you don’t always see at other companies, and that’s an inspiring environment to work in.”