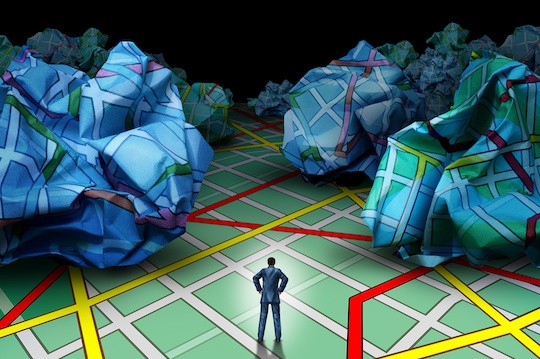 According to Gartner, there are more than 6 billion connected “things” in use around the world. From Google Home and Amazon’s Echo to FitBit and Nest, the availability of consumer data is revolutionizing how businesses across industries create and sell products, as well as engage with their customers. But despite the abundance of IoT-driven data, the insurance industry lags significantly behind its financial service counterparts in adopting and utilizing such customer data.

What’s driving the delay? For many legacy P&C carriers, leveraging big data is a significant departure from the status quo and requires a company-wide shift in mindset. But for P&C carriers, moving this mindset is easier said than done. However, there are a handful of ways to get started.

It’s Not Business as Usual

While there has been much discussion regarding whether a P&C carrier’s legacy IT system hinders adoption of newer technologies like artificial intelligence and machine learning, carriers should instead shift the conversation to examine how IT resources are allocated.

The first type of resource allocation that should be re-evaluated is how much money is put toward IT system maintenance versus development. Most carriers devote significantly greater resources to the former when they should instead be prioritizing the latter. While technologies like artificial intelligence and machine learning can be built on top of existing legacy IT systems—meaning carriers don’t have to waste previous investments in technology systems—they do require system upgrades and developments. By only investing in maintenance repairs that support the status quo, P&C carriers will not be able to leverage the full power of big data.

Similarly, carriers must recognize that a shift in attention from maintenance to development likely means that existing talent does not have the associated expertise. As a result, carriers should look to supplement their workforce with a new generation of engineers with a deep understanding of big data and artificial intelligence.

Once the right talent is in place, carriers must make one of the hardest mindset shifts of all: recognizing that leading a company’s technology transformation cannot be someone’s second job. Rather, from top to bottom, carriers must empower the team and provide them with the directive to focus solely on the technology job at hand. Forcing teams to split their time between day-to-day business responsibilities and technology transformation will diminish success on all accounts.

It’s a Marathon, Not a Sprint

While the adoption and implementation of new technology should be a high priority, carriers must reject the mindset that transformation will happen overnight. Instead, and even with a dedicated transformation team, it will likely take 18 to 24 months before a carrier begins to realize the full benefits of technology.

For carriers, finding where to start can be the hardest part of this journey. Begin by breaking the transition into six month sections:

Delaying at a Cost

What do carriers risk by failing to embark on their big data and artificial intelligence journey? According to E&Y’s 2017 U.S. P&C Insurance Outlook Report, Munich Re predicts that real premium growth in the North American P&C market will grow by 1.5% in 2017. But unlike in years past, it’s not just legacy carriers competing for that growth. Instead, an influx of new technology-based insurance carriers—from Lemonade and Friendsurance to Metromile and Trov—are also vying for their share of the growth pie.

With products that are designed to meet the needs of individual customers, coupled with a streamlined user experience, these tech-based insurance companies are well positioned to grow their market share. Legacy insurance carriers that fail to adopt big data and leverage the power of artificial intelligence and machine learning will increasingly be unable to compete. While they might have enough market share to thrive today, failure to act puts legacy P&C carriers at risk of being outdated tomorrow.

It’s Only the Beginning

Understanding the mindset shift required to embrace big data is a step forward, but it is only the first of many. Check back next month as I explore this topic further, with a focus on the top customer concerns carriers must address in order to remain relevant in a digital world.