When BBVA Bancomer Seguros (Mexico City) saw an opportunity to reach more auto insurance customers in Mexico through a new, completely digital, direct online channel, it needed someone to lead the initiative. Instead of tapping into talent with the insurance or banking industries, the company turned to Darío Okrent, who headed e-commerce at El Palacio de Hierro, a leading Latin American luxury retailer. “I was hired to build the company from zero and operate it,” comments Okrent, General Manager, Wibe. 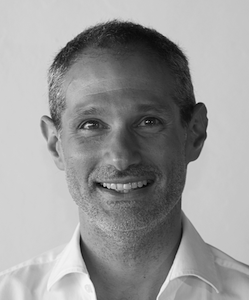 When he joined Wibe in early 2015, Okrent was given a strategic brief divided into three major parts: First, to design the new company’s business model, from conception through launch and operation. Second, to determine the structure of the company’s human resources component, to identify the skill sets needed, and to hire the corresponding professionals. Third, to define and develop the company’s mission, including setting KPIs, core values and differentiators.

From a strategic execution standpoint, Okrent describes his role in two parts. “The first was designing the right structure and hiring the right people for each position, and the second was to work with agile methodology and minimally viable products in such a way to get products on the market quickly, guaranteeing lower costs and constant evolution through feedback,” he comments.

“Quickly” may be an understatement. After only four months of development, Wibe launched on the Mexican insurance market in June 2015. This marked the emergence of first completely online insurer in Latin America, with a 100 percent paperless process, from the new business process to endorsements and all the way through to cancelations.

Key to Wibe’s operational excellence is what Okrent characterizes as stable, reliable and secure e-commerce platform through which customers can purchase auto or motorcycle insurance. Consumers can easily access the company’s omnichannel sales platform from anywhere, at any time, through any device, and including by telephone to Wibe’s call center.

Wibe developed an app based on a “car-centric” model, which not only offers service to customers related to requesting assistance, or monitoring their policy, but also to provide access to information on traffic, fines, gas stations, parking and a variety of other types of information relevant to motorists. Clients are able to request assistance by simply pushing a button on the app (see illustration below). Wibe responds to the majority of claims within 18 minutes and answers 94 percent of the calls it receives within 20 seconds.

“We developed our business model based on personalization, superior service and online sales,” Okrent says. “Anybody can buy a policy with Wibe within five minutes and be insured. We’re constantly launching innovative products to the market, for example service through virtual agents, video chat platforms based on Salesforce SOS, and many other innovations.”

Wibe was the first Mexican insurer to design products for Uber drivers, and today 30 percent of Uber drivers in Mexico are insured by the company. Since its launch, Wibe has sold nearly 100,000 policies, with over USD$30 million in sales. The company has enjoyed 90 percent customer satisfaction and an attrition rate of less than 25 percent.

Personalization as a Strategic Asset

“Within two years, we have been able to position Wibe as the biggest online insurer in Mexico, creating a sold, reliable brand that sells innovative products with superior customer service—which is now recognized among the country’s insurers, some of which have been in business for more than a century,” Okrent relates. “We have also established the idea that insurance can be easy to buy, without the fine print, and without time-consuming red tape. Personalization is a strategic asset for Wibe, and a major differentiator from any other competitor in the market.” 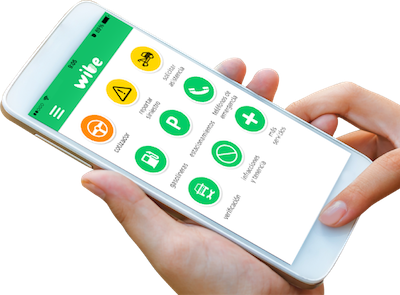 BBVA believed that the Mexican market was ready for a direct, online play, particularly because of a severe underinsurance problem characterized by 73 percent of the country’s 30 million vehicles without policies. While it’s hard to say what Wibe’s overall impact has been on the underinsurance program, it’s easy to see its impact on BBVA’s access to the market: Wibe now accounts for 41 percent of its parent company’s total insurance sales in Mexico.

Okrent can boast 110 percent delivery against an already ambitious business plan, and attributes that success in part to his philosophy of e-commerce. “I believe that it’s important to automate most processes, always bearing in mind the perspective of the client, not the insurer—since otherwise you run the risk of developing systems that only work for the business and fail to understand its customer,” he comments.

However, business and technology philosophy means little without execution. In that regard, Okrent stresses the importance of high-performing teams. “I think it’s fundamental to delegate and give ownership to the team,” he advises. “I like to think of myself as a conductor, and I think that at Wibe we’ve been able to put together a symphony orchestra.”

“We work by objectives, and we go all out to achieve them,” Okrent adds. “I don’t believe in working according to a strict time schedule but rather by focusing on achieving results—and I work with people who share that philosophy.”