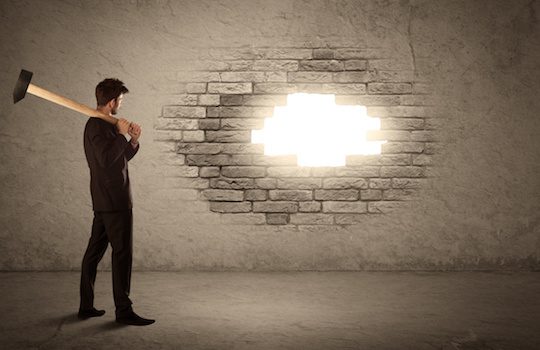 Change has become the mantra across the insurance industry. Whether it’s health, life or P&C, the change tsunami continues to wash over them all. In fact, change has always been a part of the insurance industry, and over its history, the industry has evolved to adopt and adapt to hundreds of years of social, economic and technological change.

There’s a recent argument that the difference now is that the pace of change has dramatically increased, and that’s probably true. And while that increased pace of change has delivered better and more innovative solutions, it has also exacerbated the gap between technological change and people’s ability to accept and absorb that change. And while that may not be a completely new problem, it is a problem that that industry still struggles with, and often to its detriment.

Ironically, the insurance industry was an early adopter of computerized business when it invested heavily in mainframe platforms and the large and complex software systems that were created for them. Having done that however, the industry did not continue to evolve is technology and software problems, leading to the kinds of process and culture issues the sector now faces.

This is a cultural change management problem, but not in the traditional sense of the term. The change management challenge of these times for insurers is finding ways to get all of their key stakeholders—customers, patients, agents, employees, providers, etc.—less resistant to change and more open to innovation.

It used to be true that the biggest reason for the failure of business technology initiatives was that the technology itself wasn’t quite ready for prime time. That orientation has now flipped, and while the technology has gotten progressively better and easier to implement, initiative failures are now usually based on the fact that the incumbent culture is resistant to the change the new technology and process brings. It all begs the continuing question of why people continue to resist change so much?

For better or worse, there’s a plethora of psychological research around that question—along with a lot of pricey consulting engagements—but is there a more common sense, and affordable, way to approach the problem?

For insurers, it’s essentially an economic problem, as a resistance to change that sub-optimizes innovation takes money from the top and bottom lines of insurers. The short answer is that people would rather be comfortable than uncomfortable, and change is uncomfortable.

Creating an Environment that Embraces Change

Given that the human nature is unlikely to change much—so fears of learning new things, role diminishment and even potential job loss are not going away—it’s critical that insurers adopt methods and approaches that help people become incrementally more comfortable with change as a constant over time. Of course, this requires focus and support from upper management, and a commitment to creating an environment that embraces change, including the failures that inevitably come with change. Once that duty exists (if it doesn’t exist then just stop because nothing will work) a good place to start the “change comfortableness” process is an agile methodology approach.

Many insurers have already adapted such an approach, but the fact that an orientation toward change is so problematic in the industry suggests that many insurers are still just giving lip service to a truly agile approach. It’s one thing to have daily scrum meetings and move business and IT people into the same workspaces. It’s another thing to use the agile values and principles of direct and straightforward communications, accountability for progress, reflecting and adjusting on what worked well and what didn’t, and an openness to quickly move in new directions when required. Most insurers are okay with the former but fall short on the latter.

One of the keys to an agile development approach is that it eases people into becoming comfortable or at the very least tolerant, of change. It begins to move them from the devils they know—like a waterfall project approach among teams—toward new ways of thinking about how to solve problems. It takes repetition, practice and familiarity to begin to make people comfortable with new ideas, and agile can help to do that.

An agile approach creates communications channels that likely didn’t exist prior to its implementation. That helps with dismantling the “assumption” game present at so many insurers. That game is when one party (typically IT) assumes— without even creating an open dialogue about the possibilities—that another party (usually business people) won’t engage or be open to change.

There are many examples of this in action. Many insurers still cling to the “consensus as comfort” approach, holding far too many meetings to make decisions on relatively trivial matters. So rather than empowering an employee at the appropriate management level to make making a $10,000 call that will probably work out (but may not), they’ll hold a series of meetings that end up costing more than the projected investment in people’s time and lost opportunity costs.

Another example is the creation of consensus requirements that lead to bad code and bad systems—the system gets finished, but the long-term costs of remediation and support are significant. Or implementing elaborate change management processes as a way to train people into being comfortable with change. More often than not it just doesn’t work.

Steps to Get Started

It’s these prevailing attitudes and actions among insurers that require those who can afford it, to create innovation and investment operations that are entirely separate from the core insurance operations. That’s fine for operational focus, but it doesn’t help to engender the comfortableness with change so necessary across the industry.

While there are no easy and quick answers for creating a culture more comfortable with change, there are some steps that any insurer can start with:

Finally, creating a culture of change—which means creating the environment that allows people to become comfortable with change—needs to become part of the DNA of any insurer. Insurers who fail to start down this road risk running into their cultural dead end at some point—that is if they haven’t hit that dead end already.