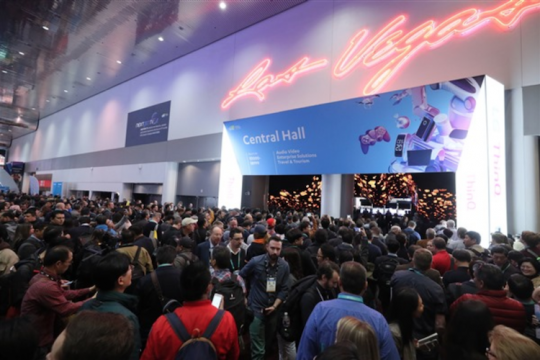 The first full week of January is an excellent time to think about what’s ahead for technology information, which makes the timing of the annual Consumer Electronics Show (CES) such a good idea. This year as always, the Las Vegas-based event gave innovators in a many consumer-facing businesses something to think about, including not only personal lines but also commercial insurers. The show took place over the better part of a week with many thousands of participants attending sessions and visiting more than 4,500 exhibiting companies spread across 2.9 million square feet of show floor.

Innovations in these areas could be useful to the industry in various ways, many of them subtle, Light suggests. However, some of the innovation areas that have enjoyed the most discussion in the insurance industry are slow in being adopted by the consumers, and in turn by insurers on an operational level.

Light has written extensively on the capacity for full autonomy to transform the insurance industry by substantially reducing the frequency (if not the severity) of accidents and ultimately reducing premium. He has also discussed how full autonomy would shift liability from driver to manufacturer—rendering the concept of personal automobile insurance moot. However, the prospect of widespread autonomy in the fleet of operating vehicles seems more remote rather than closer than it has in the past, Light suggests.

“While there were a lot of exhibits touting autonomous vehicles, Level 5—full autonomy—continues to recede into the unspecified future,” Light notes. “The focus now is on making ADAS—onboard collision avoidance technology—effective and broadly available.”

As observers adopt more realistic, longer-term expectations about autonomy, the pertinent questions become more about ADAS, according to Light. “When will scale and technologic advances in ADAS devices make them cheap enough, so that auto physical damage severity declines along with severity?” he queries. “And when it does, will ADAS replace full autonomy in insurers’ bad dreams?”

Domestic and commercial applications of the Internet of Things (IoT) have also played prominently in recent CES events—and in new offerings from personal lines insurers to their customers. Eventually, Smart Home devices could work both technically and from a business point of view, like loss control measures work in a commercial lines context. However, up to now, insurers’ offerings of water detectors and other sensors have been more of a customer engagement play. That state of affairs seems to be on track to continue for some time, Light suggests.

“Connected homes’ and buildings’ impact on insured losses remains unclear,” he says. “There are still major challenges in data collection, setting up hubs, and most importantly value propositions for both the property owner and the insurer.”

The Art of the Possible

This year’s CES was typical as a fascinating demonstration of the art of the possible, according to Mark Breading, a Columbus, Ohio-based partner at research and advisory firm SMA (Boston). “Every year, you have a sense that there are no untapped areas for innovation, and yet every year there are new and interesting products,” he says. “Many won’t succeed, but in aggregate they show the inexorable march of technology and how it is changing our world.”

Breading has identified four major areas in which technology on exhibit at CES is changing the world of insurance. For example, he sees security and privacy as possible the single overarching theme of the conference, as blue-skying innovations come into contact with the realities of real-world application. He also calls out the expanding mobility ecosystem, smart tech for commercial vehicles and AI (Editor’s Note: Breading elaborates in a contributed piece to IIR accessible here).

“Voice is poised to become a dominant way that we interact with the smart, digital world around us. AI is becoming not only pervasive but, in many cases, invisible,” Breading comments.

As in past years, Smart Home technology was prominently represented, with over 400 vendor booths. However, Breading wonders if the space is seeing overkill with introducing items such as toothbrushes to the domestic IoT. Breading also notes the continuing problem of identifying a suitable interface from which to manage all the smart devices/object in a home. “Samsung and other companies have both a range of products and hub on which could install several of them,” he comments. “However, it remains somewhat mind-boggling from individual homeowner standpoint how to integrate all the devices—you’re largely left on your own to install and integrate these things, and you end up with multiple apps on your phone.”

As interesting as the Smart Home space remains to insurers, Breading’s experience with many carriers suggests that they don’t feel the same urgency about it.  he works with generally feel less urgency. “They’ve come to conclusion —especially if they’re mid-tier or small insurers—that this is a complicated, area and consumer adoption isn’t there yet. They’re thinking, ‘I’m not going to lose out if I don’t have big program in the market right now—I can be a fast-follower or simply enter market at a later time when it makes more sense.’”

CES 2019: Data, AI, Voice Technology among Most Important for Insurers