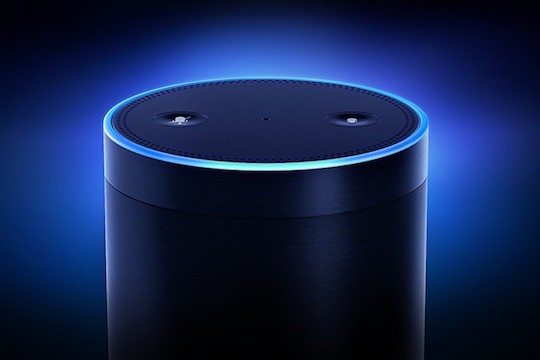 If the Consumer Electronics Show (CES, Jan. 9-12 in Las Vegas) in recent years focused on the way machines talk to each other, this year’s event stressed how they communicate directly with humans. That’s the word from Celent’s Donald Light, who attended the show to gauge the potential impact of innovative consumer technologies on P&C personal lines.

The star of the show, in Light’s view, was the IPA—intelligent personal assistant—an emerging category of automated response to customer interaction. The prominence of IPAs—perhaps best exemplified by Amazon’s Alexa—demonstrates an advance in the Internet of Things (IoT) from the collection of data about machines to the collection of data about customers. “Telematics gives new information about how cars are driven, but IPA’s give new information about where people are, what they’re doing and what’s on their minds,” Light observes. “That creates a whole new set of insights into customers.”

Light sees the current generation of IPA’s as a step beyond earlier capabilities used in applications as chatbots and robo-advisors. Today capabilities are fairly straightforward as to what can be asked and answered, and the technology still has some maturing to do. For example, last week Amazon’s Alexa was triggered by the words of a television host, resulting in the unintended ordering of dollhouses by the program’s listeners’ Echo devices.

Today IPA’s perform an important function of substituting intelligent systems for people in specified kinds of interactions, Light affirms. “But the next step will be using the data generated by those interactions to price better, sell more and create new products,” he says. “This opens up another plateau, a new generation of ways that insurers can do business using simple automated interactions.”

Next Generation of IoT Business

The idea for the next generation of IoT business is that, having established a connection through smart devices, businesses can offer services that will create an ongoing revenue stream. IPA’s offer a way of doing that, according to Light. So far, insurers are not playing a big role in product configuration and offerings that connected home vendors are putting together, but it remains an important opportunity for both them and insurers. Currently, insurers tend to make one-off offers for premium discounts to purchasers of home safety-related devices and capabilities.

What insurers need to do is figure out which connected home components have a direct influence on insured losses—e.g., security systems and smoke, carbon dioxide and moisture detectors. “Then don’t merely give a discount for having these devices, but start collecting and analyzing data, and work with providers of the systems to create actuarial models and subscription-based services,” Light advises.

IPAs starred on the connected car front at CES 2017 as well, along with self-driving cars, Light reports. “To some extent the IPAs are displacing the ‘dumber’ voice activated information consoles in cars,” he says. “The current generation of devices has limited intelligence, and the idea is that Alexa and other will make a jump—‘She knows I’ll be home in 10 minutes.’”

Strikingly CES 2017 continued previous years’ focus on self-driving cars at the expense of collision-avoidance technology, which is an evolving technology available to consumers today. “Perhaps we’ll have driverless cars by 2020—a popular date to select—and today they have concept cars on the floor,” Light says. “But what’s here today in the way of collision avoidance technology was pretty much ignored.”