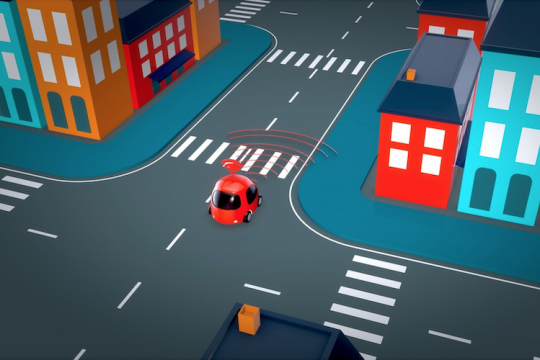 Judging the long-term impact of technology innovation can be difficult, since it’s easy to project theoretical implications but impossible to fully anticipate experimental reality. This is especially true in fast-developing fields, such as aviation. To name one example of many from that field, nobody anticipated “metal fatigue,” which brought down several planes before it was properly understood. The emergence of e-commerce may provide an apt insurance-related example: the obvious thought was that the Internet would obviate the need for intermediaries; but while direct distribution indeed flourished in personal/individual insurance, the internet became an invaluable tool to enhance the carrier/distributor relationship in both personal and commercial lines. The emergence of autonomous vehicle technology has presented a similar challenge of long-term interpretation, as the shift of vehicles from piloted to self-driving implies a shift from auto insurance to product liability coverage.

Celent’s new report Re Re-Thinking The End of Auto Insurance, addresses the potential for autonomous vehicle technology—ranging from advanced driver assistance systems (ADAS) to fully self-driving cars and trucks—to reduce auto insurance premium. As the title suggests, this the third report on the topic, which debuted in 2012 with A Scenario: The End of Auto Insurance. What Happens When There Are Almost No Accidents.

As the title implies, this the third report on the topic. Donald Light, Director in Celent’s North America Property/Casualty Insurance Practice and author of the reports, noted in the first report, that:

“Celent believes that this scenario is plausible, and that the probability of [a substantial reduction in auto insurance premium] occurring is sufficiently high that auto insurers should devote some resources to considering the scenario and its implications for their business model and enterprise.”

He also wrote that that autonomous vehicle technologies had have the potential to cause U.S. auto liability premium to drop from a current 25 percent of total industry premium to only 10 percent, and to lead auto physical damage to decline from 14 percent to 3 percent by 2022.

Celent’s 2016 report The End of Auto Insurance: A Scenario or a Prediction?, expressed greater confidence in the inevitability of a major impact in a moderate time frame: “During the next 15 years, auto insurers will likely see their business shrink (and continue to shrink thereafter as driverless cars become a larger part of the fleet). Some insurers are beginning to address this existential challenge now. The rest will have to do so in a few years,” Light wrote.

With Celent’s new report, Light sees a more mixed perspective. While some developments have likely accelerated the pace and broadened the extent of potential premium shrinkage, others have slowed that pace and narrowed the extent. Few automobile manufacturers now say that they will be able to offer fully autonomous vehicles to consumers as some predicted in 2016. Also, M&A activity in that industry suggests that. “very few manufacturers believe they can develop and deploy autonomous vehicles without very large combined resources,” according to Light.

Light calls attention to two other developments that have likely had a significant impact on the vehicle autonomy timeline. The first of these is the occurrence of two fatal accidents in 2018 involving autonomous vehicles in California and Arizona. The second is a shift in the priorities of autonomous vehicle developers from personal vehicles to “robotaxis” designed to operate in geographically defined and otherwise constrained environments.

All of these developments combine to push back the availability of fully autonomous vehicles to consumers, even as ADAS becomes more powerful and more common, according to Light. “That general availability has been pushed back perhaps, three, five, eight years—and we don’t know what things will be like then,” he says. M&A and investment activity among automobile manufacturers suggests not merely that they think they can’t go it alone, but that they are confident in an eventual return on investment. For example, Light reports that in July Volkswagen invested $2.6 billion in Ford’s Argo AI autonomous vehicle subsidiary. A variety of investors—including Honda, T. Rowe Price, and Softbank—have committed a total of over $4 billion in GM’s Cruise subsidiary since May 2018.

While Light’s report focuses on the impacts of the various autonomous technologies on personal lines, he also notes that many of the developments are similarly important for commercial auto insurance. He also acknowledged to IIR that in some respects the relevant technologies and full vehicle autonomy in particular are a more compelling proposition for commercial fleets where neither privacy nor the joy of driving are factors.

The best news Light conveys to insurers is that they have more time to adjust to the impacts of vehicle technologies. These technologies are also likely to create opportunities for offering new products and services to consumers. However, insurers still need to adopt a strategy for the long-term impact of these technologies. Among the alternatives he recommends are that they protect themselves through acquisitions that afford a suitable breadth of business lines, or that they voluntarily accept a reduction in size. Light also recommends insurers consider what autonomous vehicle technology, along with IoT in general, could mean for the opportunity of developing non-indemnity offerings, such as loss-control, risk mitigation and avoidance services.